With every car on this year’s grid having now broken cover, James Matthews looks over the main talking points of F1’s launch season, and compares the motley display of design ideas thrown up by the new 2017 regulations.

With an angled front wing and extended nose section to contend with, many of the teams’ more obvious solutions to the 2017 regulations have been focused around the front end of the car. 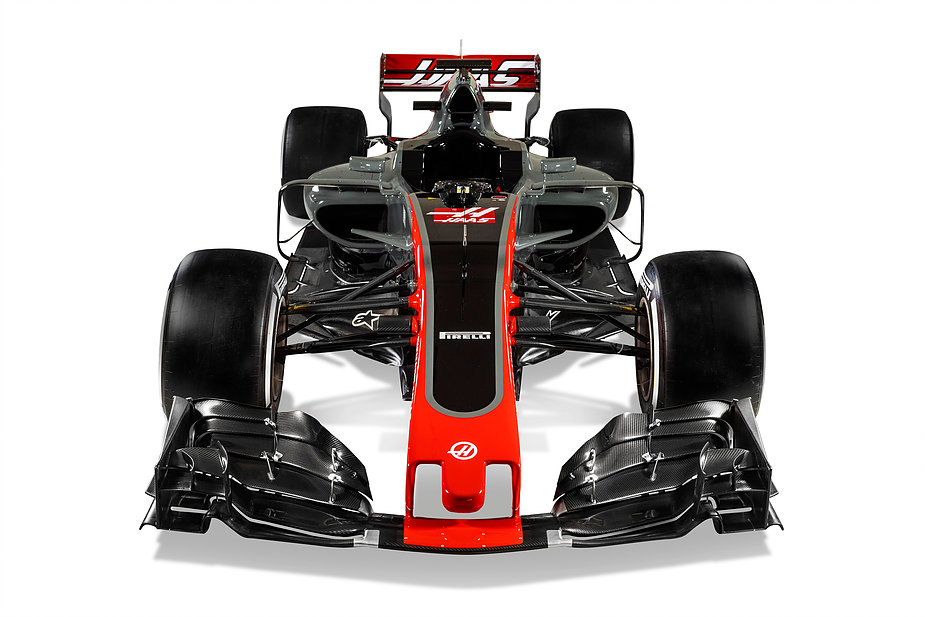 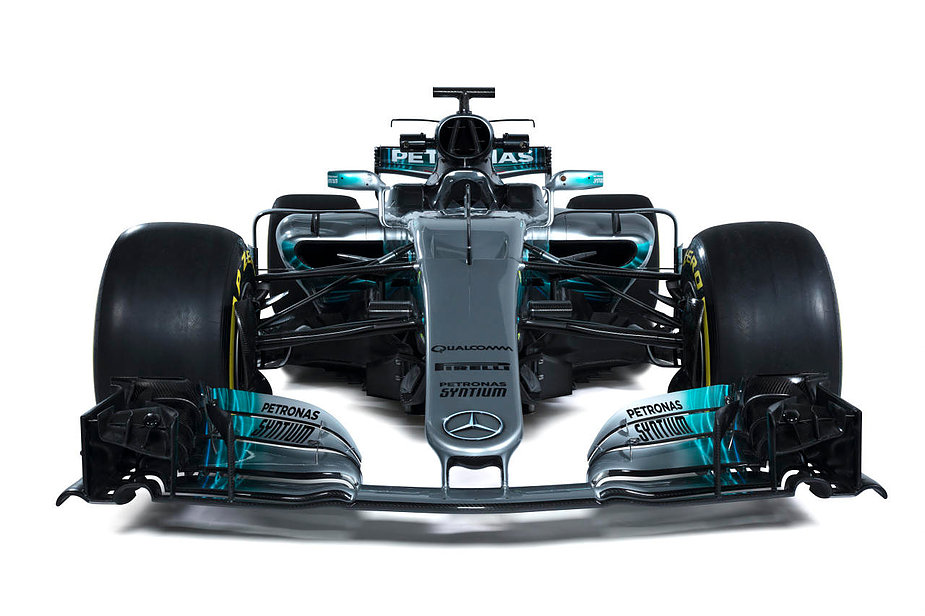 The thumb-tip noses that have proved popular over the last few years have returned, as maximising airflow around the low front end remains an issue under the new regulations—only Mercedes and Toro Rosso have opted for a traditional rounded nose.​

Most teams haven’t done much to alter this thumb nose design from previous years, although Force India has taken a unique approach. Based on the “cobra” slits of the VJM10’s predecessors, the new design (below) opens up the bottom of the nose—creating a long appendage reminiscent of the 2014 McLaren—allowing more air to pass between the front wing pillars and be funnelled back towards the turning vanes and bargeboards.

But that’s not the only novel feature on the new Force India: it also sports a somewhat unsightly bump where the nose joins the rest of the chassis. Although this steep transition has already drawn unflattering comparisons to the step noses of 2012, the team has insisted it is not without reason, as it allows for higher mounting of the front suspension rockers and thus could result in mechanical gains.

This nose design also means Force India joins Sauber and Haas in opting not to utilise an S-duct. The system—which takes air passing beneath the nose and redirects it up through the bulkhead and out over the chassis again—was introduced by Mercedes last year to combat an issue that arose from the new low noses, in which air moving over the front of the car was disturbed by the steep angle of the nose and lost before it could reach the topside of the chassis.

With the 200mm extension to the nose of the car allowing for greater exploration of initial airflow, it’s no surprise to see teams like Ferrari, McLaren and Renault incorporating the S-duct into their respective bids to climb up the grid this season.

But alongside the S-duct, those three teams have also employed extended front wing support pillars to direct yet more air around and beneath the front of the car, in a similar vein to the nose vents on the VJM10. It’s clear from the differing designs that this is an area ripe for development: the McLaren MCL32 currently has a series of slats along its pillar wings, whilst Renault and Ferrari have opted for a smoother, sculpted philosophy. 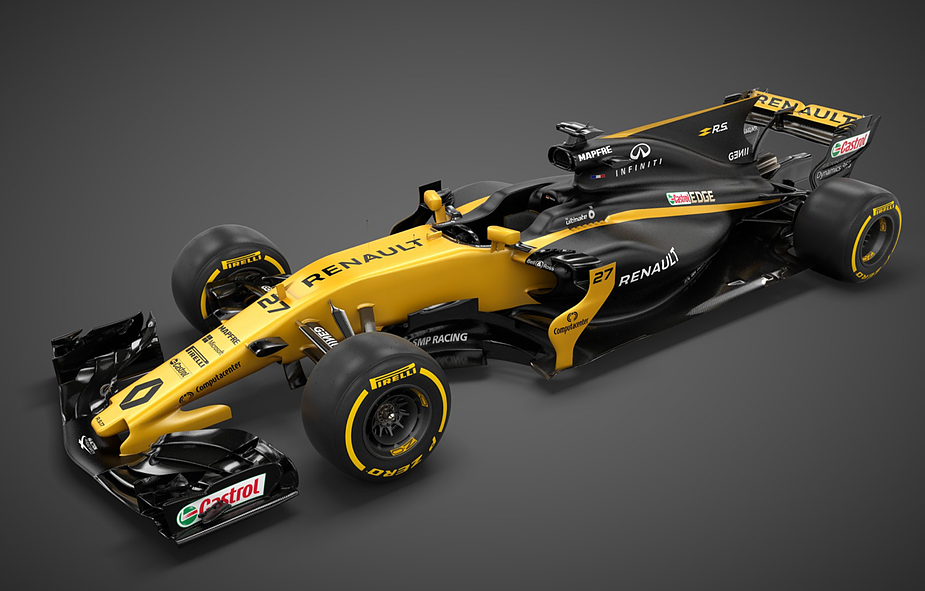 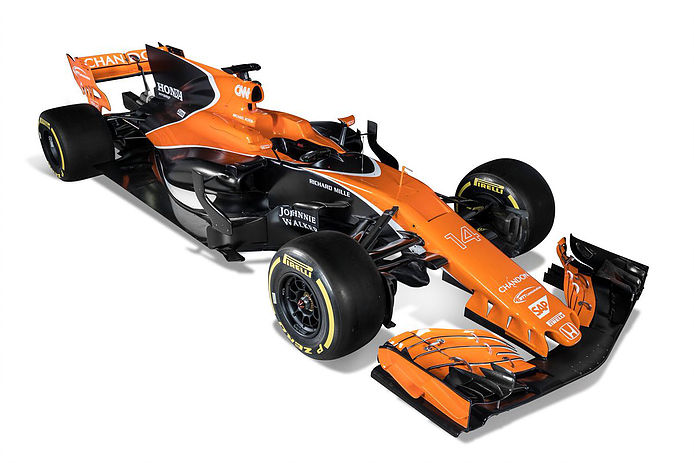 One of the most striking by-products of the 2017 regulations has been the return of the engine cover shark-fins last seen in 2010, needed once again to provide stability to the lower rear wing and downforce through the corners.

Just as with the front, there has so far been no one consensus on how best to tackle the challenges of this newly-profiled rear. The fins displayed by McLaren and Williams, for example, are large and sail-like, whereas Sauber and several others have chosen to reduce theirs in size by virtue of a inward-curving rear edge—a compromise, it seems, between having the most effective fin for the smallest price in weight. 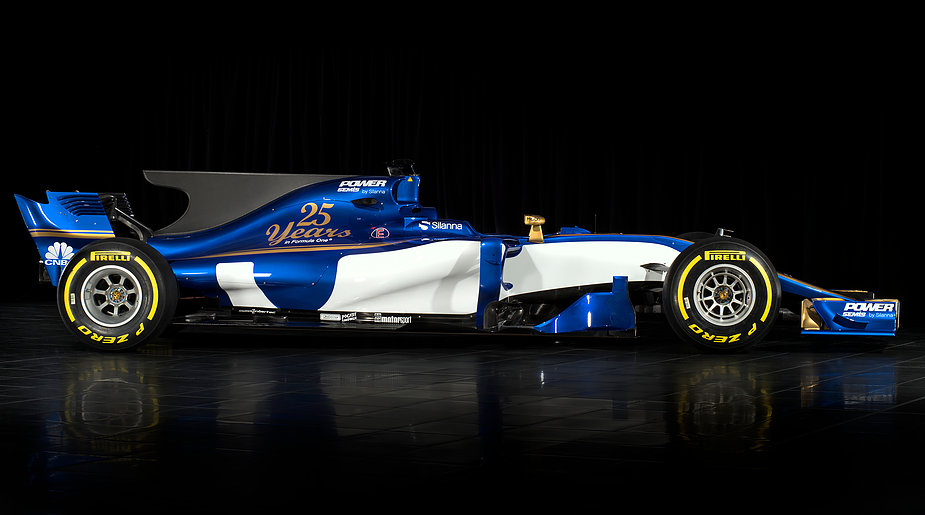 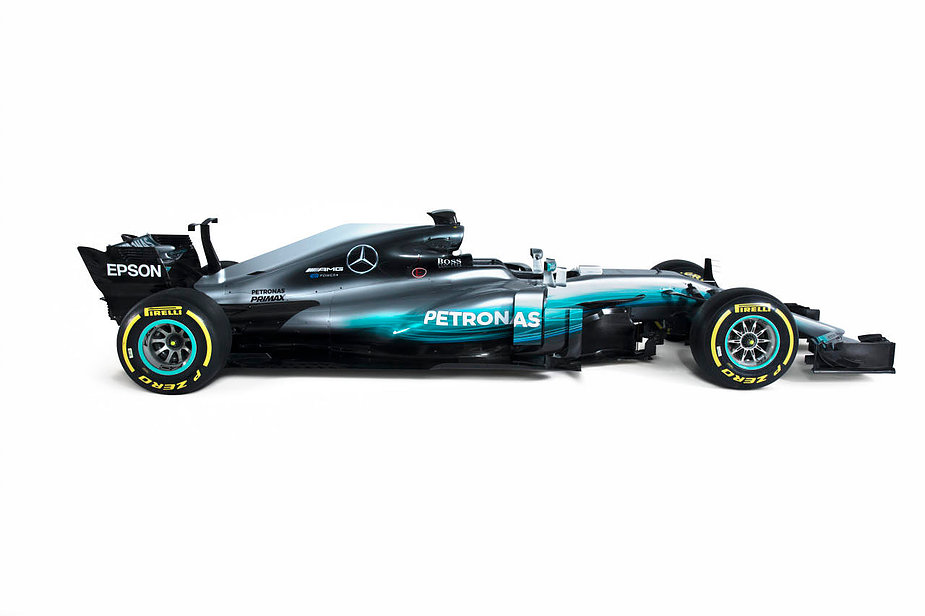 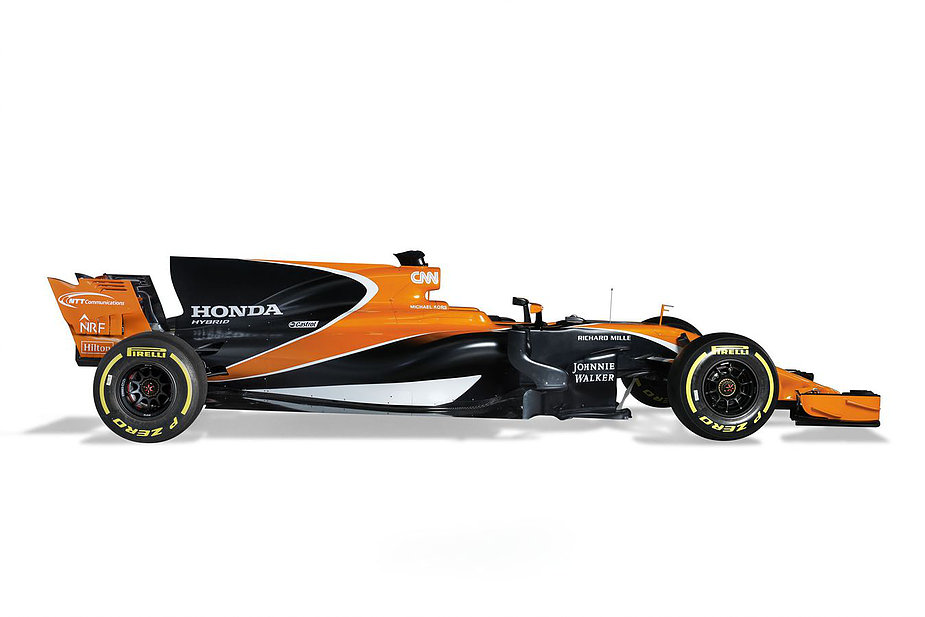 Ferrari’s SF70-H features a distinct alternative of its own. A full-size fin is present, but it is also adorned with a T-wing, a horizontal bar placed parallel to the rear wing to maximise the airflow directed over the rear of the car. The Mercedes W08 unveiled at Silverstone also appeared to be aiming down this route—albeit with the T-wing mounted on a standalone pillar rather than atop a fin—although the team has said it will trial a more conventional shark fin in Barcelona before making a final decision on this area of the car.

With the 2017 generation of cars being wider as well as longer than before, airflow around their sides has thrown up just as many challenges for the teams as around the front and rear—and once again, the launch-spec cars seen so far have shown a variety of different answers.

As per the new regulations, teams have been allowed to widen their sidepod air inlets by 100mm per side, and the majority have taken up this option to one extent or another. Mercedes and Ferrari have exploited this allowance to the extreme with air inlets that extend almost to the very edge of the wider floor, whilst attempting to offset the resulting drag by making the inlets incredibly shallow, and carrying out heavy sculpting on the lower face and edge of the sidepods themselves.

By contrast, teams such as Sauber and Haas have instead maintained or even decreased the size of their sidepod inlets, foregoing any gains to be made for the sidepods’ internal systems in exchange for less drag. At least for now, there has been a clear pattern of the customer teams’ inlet designs being more conservative than their works rivals—expect them to become more experimental in this area after testing, once they have a clearer sense of their respective power units’ cooling demands. 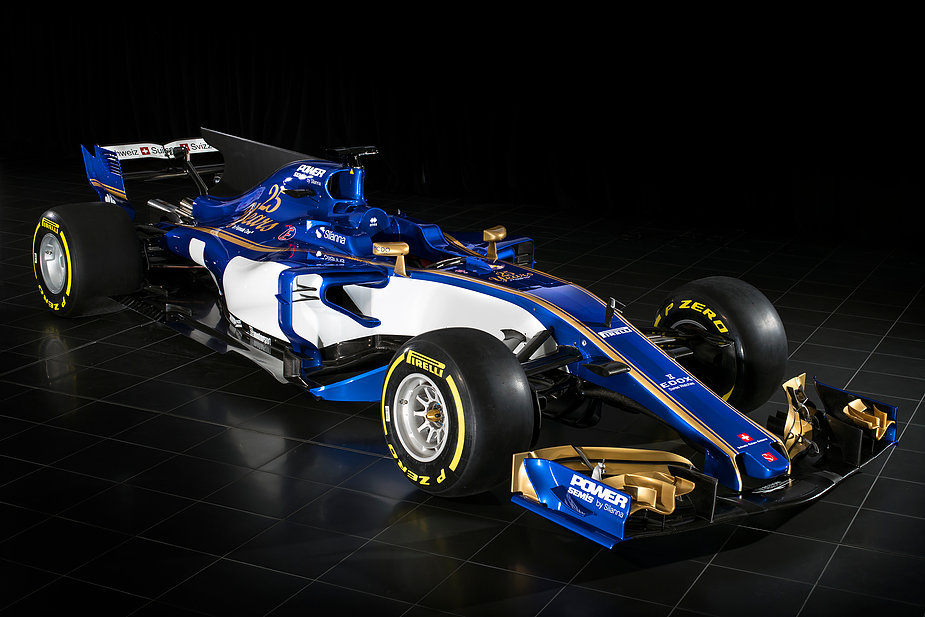 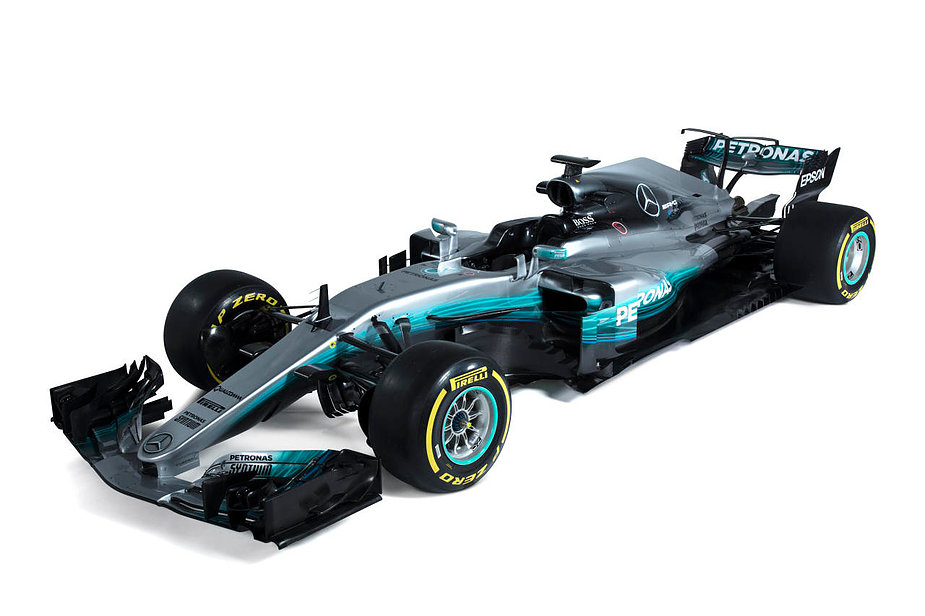 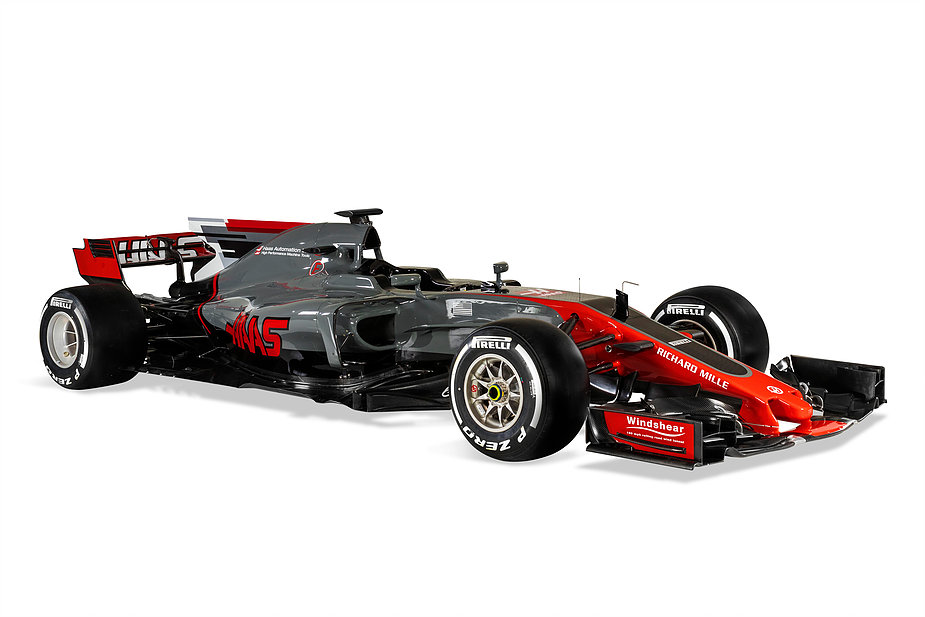 Also slated for rapid development early in the season are the bargeboards, which have been increased in size and thus importance by the 2017 revamp. By and large, the teams have launched their cars with watered-down bargeboards to prevent their competitors poaching any innovations prior to testing, but the factory teams have nonetheless laid down the gauntlet in terms of complexity here.

The Mercedes W08 especially has given insight into the attention that will be paid to developing this part of the car in 2017. With numerous slats, serrations and fins dressing up the bargeboards themselves, and not to mention the array of further fins and winglets set up alongside them, the level of detail present on the Silver Arrows’ supposedly toned-down launch car must be ominous for the likes of Red Bull and Ferrari

But even here, there is still apparently room for debate on the best way forward. Where the W08 looks to have already undergone half a season of focused development, the challengers released by Red Bull, Toro Rosso and McLaren look spartan by comparison.

On display here, it seems, is the ‘clean lines’ mantra that has been a hallmark of Red Bull’s past chassis success (the McLaren MCL32 being helmed by former Red Bull man Peter Prodromou), with the car set up as a single, cohesive aerodynamic structure, as opposed to being micro-managed by a raft of specialised elements.

Of course, with so many secrets for the teams to protect, the designs we have seen so far via renders and launch cars will be a far cry from what actually hits the track on Monday in Barcelona, and even then will undergo extensive revision before the first race of the season in Australia.

But nevertheless, even the most secretive of prototypes has shown us that F1 engineering is going to be a very diverse practice in 2017. With the new regulations creating up so many new boundaries to push and loopholes to exploit, success really could be anyone’s for the taking—all it takes is a little nerve to try something different.