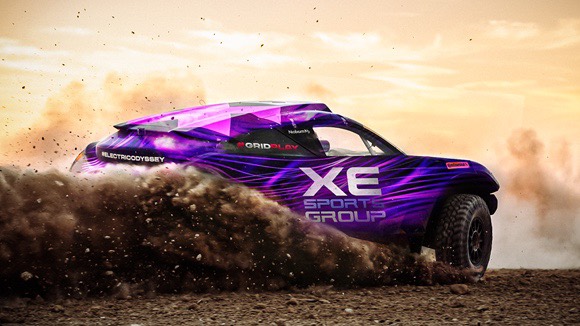 XE Sports Group announced today that they will be joining the Extreme E grid for Season 3, becoming the first Asian Pacific team to compete in the series.

The Australian-based team could be racing alongside motorsport giants such as McLaren, Andretti, and recent Indy500 winners Chip Ganassi, who are all currently competing in Season 2.

XE Sports Group is a division of EVDirect.com, who distribute BYD’s electric and hybrid fleet in New Zealand and Australia.

The Group’s mission is not just about winning, however. Luke Todd, director of the XE Sports Group said that they will introduce their own legacy programme, an Asia Pacific Foundation, which hopes to reduce poverty and increase living standards. They hope to achieve this by using second life lithium battery deployment and solar power in remote areas.

In regards to how well the team will perform on track, Todd said: “Australians are renowned for overachieving in the sports arena, and we aim for nothing less in Extreme E.”

Joining XE Sports Group on their journey will be ex-professional footballer Tim Cahill. The Australian will be the group’s sporting executive, and he had this to say: “I’m really excited to be a part of this team. The combination of thrilling, competitive racing and leaving a lasting, positive impact makes the sport totally unique. We will look to bring a significant new audience to Extreme E from within the millions of football fans across the world.”

As to whether Cahill will be a better sporting executive than he was a midfielder remains to be seen. But if he is, XE Sports Group will be ones to look out for in the new season.