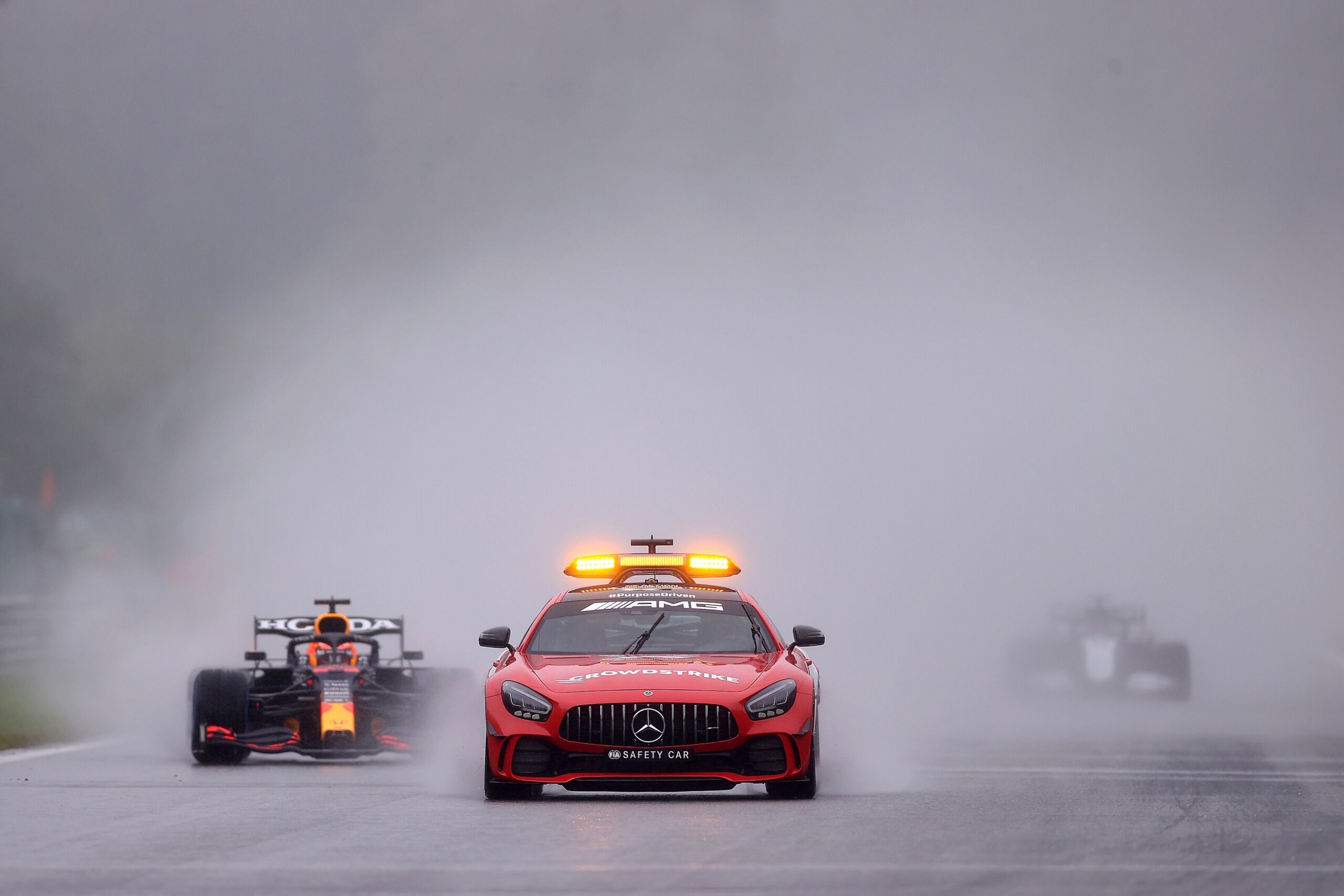 What happened at Spa last Sunday was a farce. There is no need to mince our words.

Criticism, especially when it’s constructive and well-minded, is needed in times like these, when Formula 1 and the FIA have handled an admitedly difficult situation poorly.

The 3-hour stand-off to wait for the rain to ease off (never-mind stop at that point) was a remarkably bad decision, not only on hindsight, but also as we went through it.

Weather radars repeatedly showed that the rain was going to keep on falling for a long time. Michael Masi, the race director since Charlie Whiting’s untimely death back in March 2019, waited for an opening on the weather, which was about to come around 17:40 local time. That’s the reason they stopped the clock after 2 hours of no running (well, we had 2 laps, let’s not be too unreasonable!), only to have an hour in our hands to resume the race, even for such a short period of time.

Of course, the rain never really stopped, it didn’t even ease off. No such scenario was on the horizon in the first place.

F1, and the FIA as a result, took a decision solely based on two factors: the need to do a race for the spectators at home, and the need to put on a show for those at attendance at the track.

It was with great pleasure when I read that the race organisers, as well as F1 and the FIA will discuss on refunding the 70,000 spectators at Spa one way or another. They deserve their money back, since for some of them the memory of their first ever F1 race from the sidelines was an utter disappointment.

And let us be clear. Safety is paramount, and with such a poor visibility due to the standing water on the surface of the track, and the continuous rain falling on it, made the possibility of having a race (or, at least, a normal race) practically non existent.

That realisation that we, as fans, made quite early on, Masi and his team did too. But, they pushed on for a hopeless case.

And TV scheduling, the money that sponsors and promoters, broadcasters and shareholders made those responsible of the race being cancelled or not really anxious of the possibility of actually pulling the plug and calling it a day.

It is days like these that we all collectively realise that Formula 1 is and has always been a business – a well-run, pretty exciting, show-stopping business, mind you, but a business nonetheless.

And as a business, it has to cater for those that open and close the money faucet, those who keep the wheels rolling. Unfortunately for everyone else, this means exploiting loopholes in the already flawed rules and regulations, trying to find a way to continue and actually ‘finish’ the race.

When race direction saw that the potential of a somewhat normal conclusion to this already chaotic day was minuscule, it tried to push forward and actually award points – it saw this as a ‘natural’ way to put an end to all this. They put on the 60 minutes countdown to the end of the race, as if it was ever going to last more than 2 laps behind the Safety Car, in order to have an official classification.

Drivers were really perplexed by that decision, with some of them calling for a swift change around the rules on this issue, showing their dismay with the way it was all handled. It was a farce.

No one wants to see a high speed, no visibility passing through Eau Rouge and Raidillon, or a high speed crash like those we witnessed on Friday and Saturday.

But no one wants to wait four hours for nothing. And for a sport that takes proud in its technological prowess and its innovative ways, that was at the very least below par.