Josef Newgarden dominated from pole position to take both his and Penske’s first win of the 2021 IndyCar season at Mid Ohio to kickstart his championship campaign,

The American who came within reaching distance of wins at both Detroit and Road America was in incredible form and was able to hold off a late-charging Marcus Ericsson, who was able to close the gap to within a second with two laps to go.

The two-time champion made a great start on the alternative sticker red tyres holding off the pack behind: Colton Herta, Marcus Ericsson, and Will Power.

However, the first caution of the day was soon to follow; Ryan Hunter-Reay, who was among those at the back of the field checked up. This led to James Hinchcliffe running into the back of the Andretti driver while Felix Rosenqvist was collected in the accident.

On the restart, Scott Dixon overtook Will Power for fourth at The Keyhole. Power took it back going into Turn Four, then lost it, again. He touched Dixon in Turn Five, spun, and got hit by Ed Jones, promptly bringing out the second caution of the day.

Josef Newgarden led the field to green again on Lap Nine and eventually pitted for the lead on Lap 31 for the primary black compound tyres. There was a bit of a shake-up in the order behind as Colton Herta had a fuel hose problem and dropped from second to seventh, his attempts to try and overcut the leader ending miserably. Newgarden led from Ericsson and Dixon with one more round of pitstops to go.

But after letting two opportunities escape this year, Newgarden was not about to let that happen again. He pitted for the final time on Lap 56 for another set of primary black tyres, and led to the finish line to take his second win at the famous circuit at the Mid Ohio Sports Car Course, 50 years and one day after Team Penske’s first IndyCar victory, scored by Mark Donohue at Pocono in 1971. 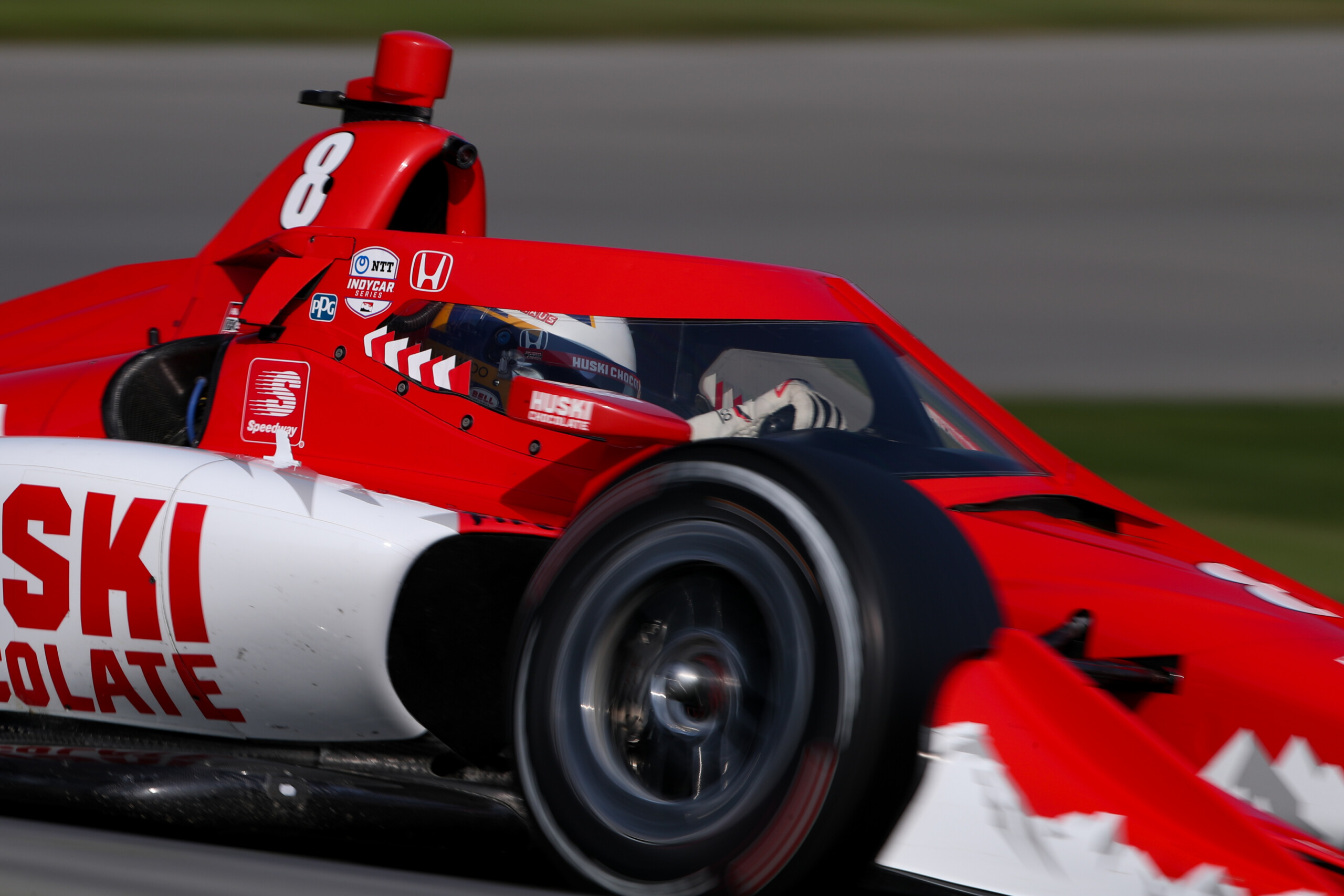 It was a trio of Chip Ganassi’s that filled the rest of the Top Four positions. Marcus Ericsson drove an incredibly calm and calculated race to finish as the highest placed driver of the team. After coming off a career-best third in qualifying, all the pressure was on the Swede to deliver.

A magnificent final stint saw the Swede close the gap to just 0.6s with two laps in what was an incredible crescendo to the race. Ericsson had more ‘Push-to-Pass’ than Newgarden and used it all to his advantage with only a few corners to go, but would come home to take his second podium of the year.

Alex Palou drove an incredibly impressive race utilising a magnificent overcut to jump both Scott Dixon and Alexander Rossi to round out the podium positions, and importantly ahead of his closest championship competitor. The Spaniard leaves Mid Ohio with both the championship lead and his sixth podium of the season.

Scott Dixon and Alexander Rossi rounded out the Top Five, with the American driver attempting the only alternative strategy out of anyone in the Top Nine starting on the alternative sticker reds. Dixon’s battle with Will Power was the most notable moment of his race

Graham Rahal was in his ever strong and consistent form, to take an impressive sixth place for his Rahal Letterman Lanigan team’s home race. He benefitted from the misfortune ahead of the likes of Will Power and Colton Herta, as well as an incredible (5.7s) pit stop. 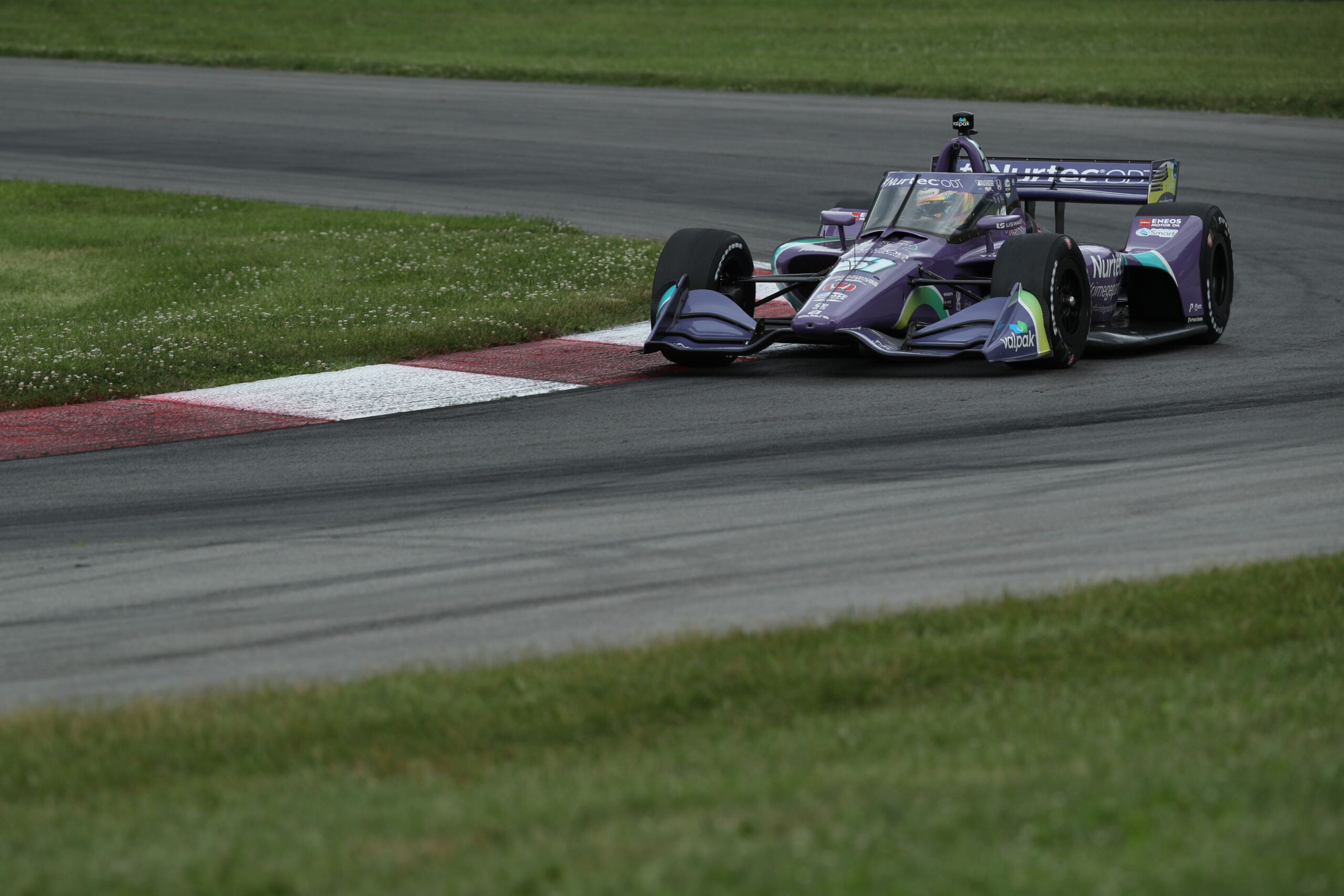 Romain Grosjean finished in an impressive seventh, the ex-Formula 1 driver was able to manage a difficult start to the race, in which he tagged Felix Rosenqvist.

Grosjean was able to fight his way back up, despite a wide moment on the second restart into The Keyhole after being blocked by Sebastien Bourdais.

Pato O’Ward was passed by Herta and Grosjean late on and was forced to settle with eighth, having been chased to the finish line by Rahal Letterman Lanigan part-timer Santino Ferrucci. The Mexican made up twelve positions on race day, and still leaves this weekend second in the championship.