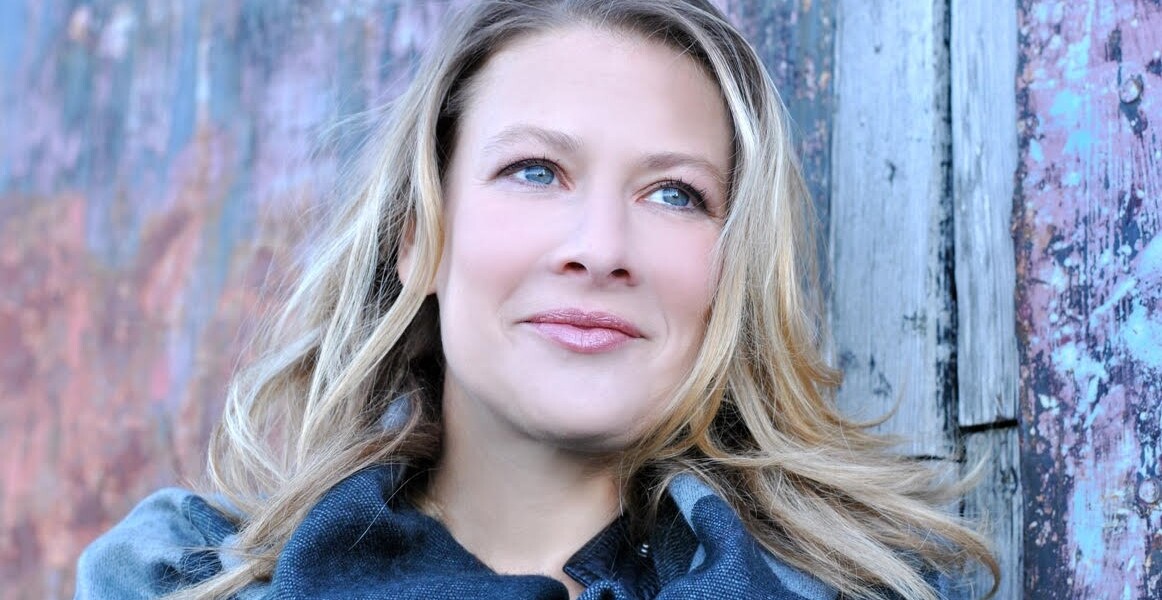 AF:What would you say was one of the proudest moments of your career
JG: I did a programme about grid girls for the BBC and I was the impartial voice f the narrative, but we had a really good discussion on the subject of grid girls in Formula 1 and motorsport in general, and as a result of that programme, F1 made a decision to stop using grid girls, and I think that’s possibly one of the proudest [moments] because whilst I think there is an argument that if you want to be a grid girl, you should be allowed to be a grid girl, that’s your choice as a woman – or a guy, however to be a spokesperson for a sport is very different to being a grid girl who’s not allowed to interact or talk to anybody until she’s spoken to. So, for me, the day I heard that that programme had been played out within the head offices of F1 and that they’d made a kind of call to action because of it was hugely significant to me. I was very proud.

AF: In live broadcasting, I imagine things can sometimes go wrong. How do you deal with it when that does happen?
JG: You can make it as good a plan as you want – it’s a bit like childbirth, you make your plan and then at the day you find out that actually, it’s all rubbish and you’ve just got to go with it. Some of the things that you can’t ever get your head around are deaths. Obviously in motorsport, they happen. The first time you have to cover it, it’s horrific. These are people that you may well be relatively close with, and all of a sudden they’re gone, and you have to put your personal anguish and grief and emotions to one side, because you’re the presenter. You’re the one that’s there trying to tell, impartially, that news to people. And the first time I had to do that I found it incredibly difficult. It was on network television, and I was telling the nation at home that a young boy had lost his life. And those times, no-one really tells you how to do that. That taught me very quickly that you can have all the ideas in your mind of what you want to achieve in a day, but sometimes it just doesn’t go that way. That’s the extreme, I suppose, the very worst it can be when things go wrong.

But on a daily basis, things will go wrong. You’re dealing with a lot of people. In Formula 1 especially, you have PRs, you have drivers, every step of the way you’ve got producers in your ear telling you what they want, and everybody has their own expectations. So let’s say that you’re waiting for a Lewis Hamilton interview, he’s just won the world title, you’ve managed to negotiate with the PR that yes, you can speak to Lewis Hamilton, that’s fine. You’ve spoken to network, to say we should have Lewis Hamilton in the next ten minutes, let’s say. And then all of a sudden Lewis Hamilton walks past you, and goes to a phone call with his dad. Nothing you can do! So you have to be realistic about the situation and understand what you can and can’t control. But mistakes happen, that’s live broadcasting, and it’s why you love it, because it’s a constant adrenaline ride. But you have to surround yourself with people you trust, and you have to trust yourself that you’re good enough, and you’ve got enough experience in everything you’ve done to that point. 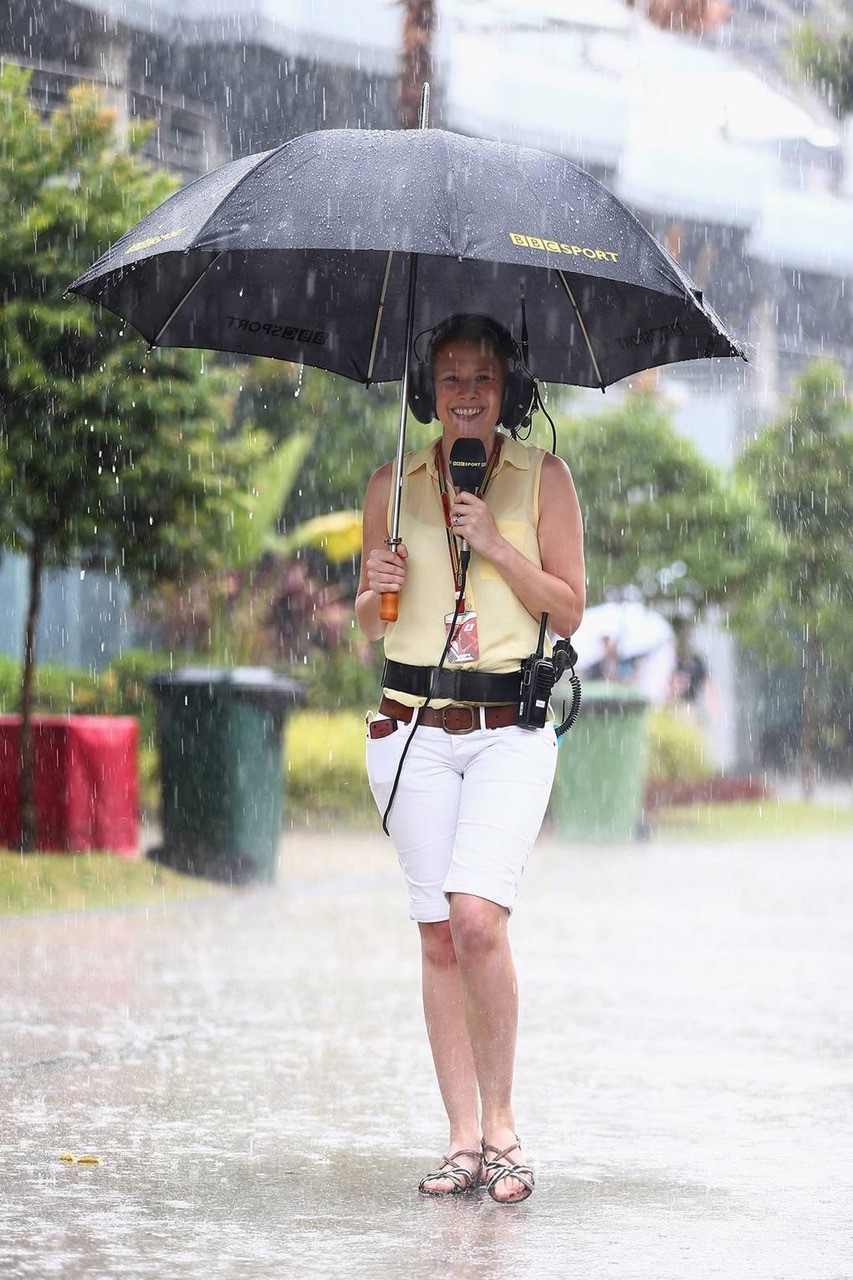 AF: With initiatives like Girls on Track and support of women in the industry like yourself, it does seem that motorsport is moving in the right direction to get more women involved in different roles. Do you think there is still more to be done, and do you think that we will see women racing in Formula 1 in the years to come?
JG: There’s always more that can be done, and diversity and inclusion is such a hot topic, and I’m so glad that Lewis Hamilton has been able to use his influence to really bring it to the forefront. He realises that to have a healthy paddock, you need it to be mixed: a mix of all sorts of different people. And you still walk into a paddock and it’s predominantly a very white space, and it’s predominantly middle-aged men. And you look at drivers and it’s similar: they’re affluent males between 18 and 35. So that has to change.

I still don’t think enough is being done at grassroots level, and that’s where the change will happen. We do need role models; we do need things like W Series to inspire the next generation to want to even try to be a driver, to go and be an engineer, to study STEM, to want to be a mechanic or a journalist. But at the end of the day it’s a really uphill fight and a struggle but we are getting there. There’s a good network now of people trying to help, trying to make a difference, trying to change things. So I do feel positive, but it’s going to take a long time. I don’t foresee us having a female F1 driver who can really compete, let alone just be in a car with a budget, for many years.

AF: You’ve worn a lot of different hats over the years; are there any roles that you’ve not had yet, that you’d like to try?
JG: I’d love to cover an Olympics, which is a bit random because there’s no motorsport in Olympics, but it’s always been the dream. I’m a people person, so wherever there’s a story to tell about a person, I’m there. I want to be the interface between the paddock and the people at home who aren’t allowed to go, or can’t afford to go, or don’t know enough about the sport to feel like they can go. But I’m at a point in my life where I’m really enjoying it and I still want to achieve more but I’m really lucky that lockdown has been kind to me and us as a family. And hopefully all of the things that I’m doing piece together to make sure that in the future I can carry on working!

AF: Finally, what would your advice be to anyone – particularly young women – pursuing a future in motorsport or in broadcasting and journalism more generally?
JG: I think it comes down to your perseverance; how much you really want something, and whatever you want in life, whether it’s a career in broadcasting or whatever it is you choose, just go for it! There are so many stories I’ve heard of people saying ‘my careers advisor told me I’d never achieve anything’ – it’s rubbish – of course you can do whatever you want. There is no limitation. So just go out there, set yourself a little plan, network like crazy, and make it happen! Don’t let anyone say no. Just go for it, you can do it, you’ve got this!