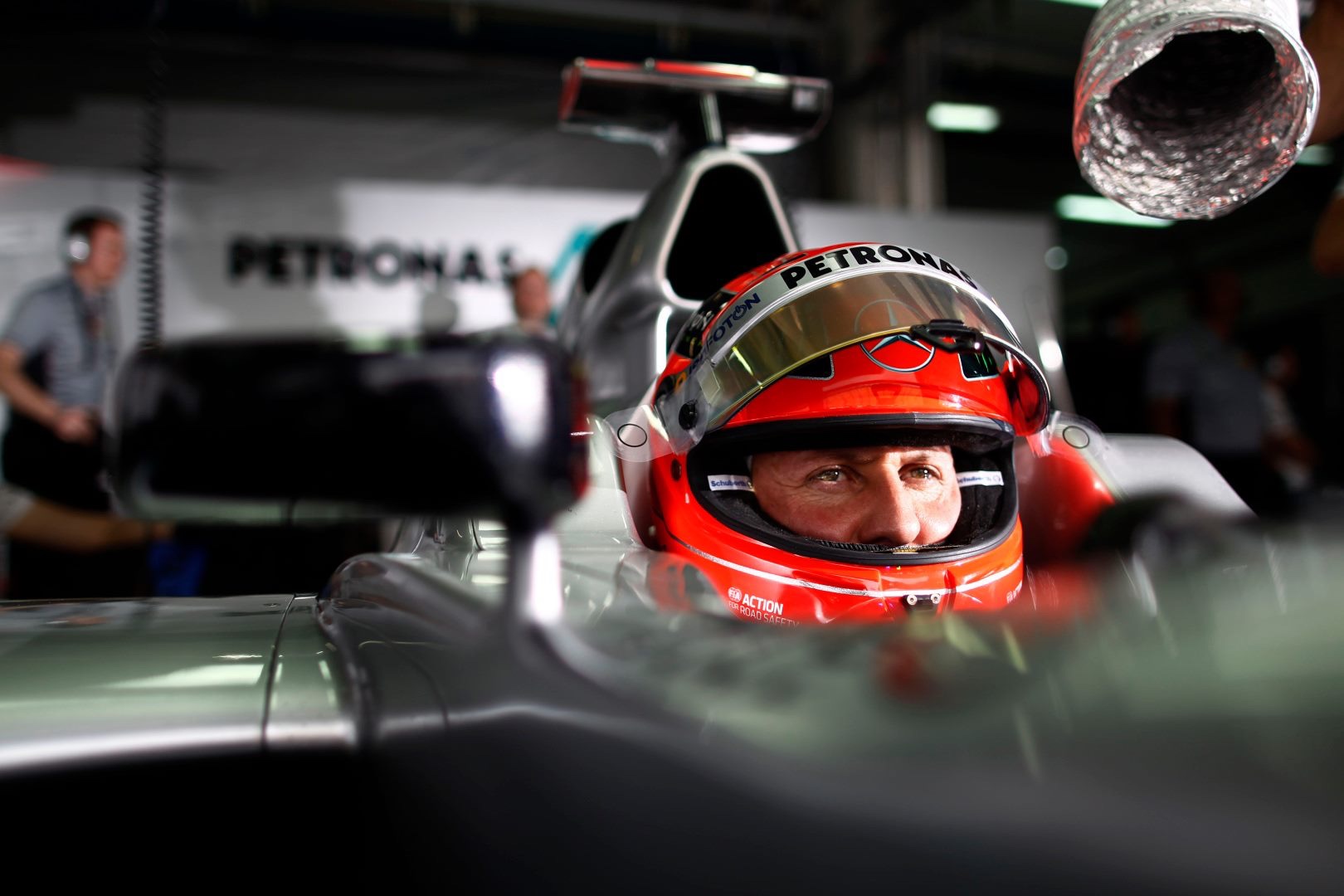 After 268 races, 91 wins, and most coveted, seven world championships, Michael Schumacher retired in 2006 as the most decorated Formula One driver in the history of the sport. He had achieved the pinnacle of success, experienced the highest of the highs, and endured the lowest of the lows. Such is the rollercoaster of emotions that is Formula One, but Schumacher had mastered it with a mix of immense talent, fitness and, at times, deviousness.

He therefore left F1, not just as a winner, but as one of the most intense competitors the world of motor racing has ever seen. He is truly the definition of doing whatever was necessary to win.

With that being said, it was perhaps easily foreseeable that he would make his return at some stage – and he did.

Having spent the last 11 years of his first F1 tenure with Ferrari, he worked closely with the team after his retirement, and all eyes were on him making his sensational return with the Scuderia for the start of the new decade in 2010. But Fernando Alonso was chosen as Kimi Raikkonen’s successor, and Schumacher was destined for a greater test.

Having managed the astonishingly dominant Ferrari team during Schumacher’s spell with them, Ross Brawn would help steer the Brawn team to the most inconceivable championship success in 2009, but a lack of funding meant he needed a buyer to sustain a place on the grid for 2010. Good job then, that Mercedes saw their opportunity to make their own sensational return to Formula One with Brawn at the helm.

Having maintained a strong relationship with him at Ferrari, Brawn was able to entice Schumacher into the long-term vision of returning Mercedes to past glory.

And so it was that Schumacher had secured his comeback to the sport he had conquered and mastered before, but was it time to add championship number eight to the tally?

Before the commencement of the 2010 championship, Schumacher stated his intent not to solely make up the numbers, but to win another championship. Partnered with Mercedes new boy Nico Rosberg, it was an all-German line-up for the German team going into their new époque.

It was clear that he had not lost his passion for the sport, and his raw desire to win. He was penalised in Monaco in his first year back for audaciously overtaking Fernando Alonso tantalisingly close to the safety car line at the end of the Grand Prix, but he had displayed the wily nature, extravagance and opportunism that had earned him so much success previously.

He finally earned his first podium since his return at the European Grand Prix in 2012, the same year he set the pole lap in Monte Carlo – although a penalty from the previous race in Spain denied him the front row start.

The on-track supremacy were not the only factor, however. His racing pre-eminence was also defined by his intelligent and cunning mind games. Nico Rosberg described how Schumacher would wait in the toilet during qualifying before the final run to make the eventual 2016 champion wait and effect his mentality and performance – with age had certainly come an abundance of wisdom.

These flashes of brilliance were not the only side of Schumacher’s enigmatic character though. The less alluring and more dangerous side came back with him. It was the same brutal nature that saw him wipe out Damon Hill in Adelaide to claim the 1994 crown in his Benetton days, and that saw him try, in many fans’ eyes, try to end Jacques Villeneuve’s race in Jerez in 1997. This particular attempt was futile however, as Schumacher took himself out of the race and left Villeneuve to take the title.

In many ways, his occasional on-track enmity was as a result of his excellence. His sheer will to win naturally came with an occasionally nasty overtone of jeopardy for those around him, as was discovered by Rubens Barrichello in Hungary when Schumacher very nearly sent him into the wall at speed down the pit straight. Lewis Hamilton was also less than impressed with the German’s antics at the Italian Grand Prix of 2011 – just two examples of Schumacher’s mentality leading him to uncompromising positions, and he overstepped the line on occasion.

It was evident, though, as he got deeper into his forties, that lapses of concentration and perhaps a drop in physical capacity had crept into his game.

Barrichello and Hamilton could argue that their incidents with him were a product of such, but more notable incidents of ungainliness come to mind. He misjudged his braking points in Singapore in 2011 and 2012, spectacularly wiping out Sergio Perez and Jean Eric Vergne respectively, and mych the same happened when trying to overtake Bruno Senna in Barcelona in 2012. And a very clumsy incident with Felipe Massa in 2010 affirms what, if he were a rookie, would probably be described as relative ineptitude. But this is a seven-time world champion, and in reality these moments were perhaps signs that the return may have been misjudged and ill-timed.

He finished ninth, eighth and 13th in the three years he had spent back, and was beaten by team mate Rosberg in all three seasons. He was, however, only an average of 0.2 seconds slower than him in 2010 and 2012, and was actually two tenths quicker in his final season. He had proven that, whilst he did not have the same magic and brilliant race-craft that he had before, he still possessed raw pace.

But ultimately he did not achieve what he set out to upon his return to the sport. He came back and gave it a go, demonstrating the qualities, some more discerning than others, that had made him the most successful of all time. But it was that unrelenting success in his prime that will be remembered, and not the return.