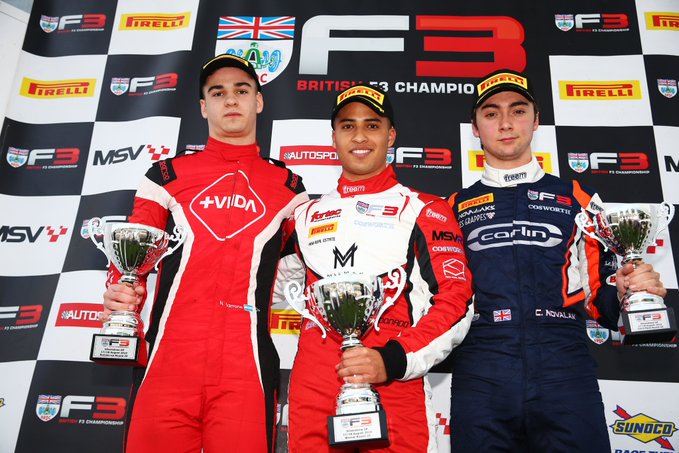 The Venezuelan recovered from a difficult Saturday where he took damage and finished 16th in Race One to take an easy victory in changeable Silverstone conditions.

Maldonado led home Nico Varrone, second on his return to the to series, with Clement Novalak climbing up to third after starting ninth as championship rival Johnathan Hoggard toiled to finish in 14th.

Kris Wright put in his best performance of the year so far to finish fifth behind a hard-charging Ayrton Simmons, who was at times 2s per lap faster than anyone else.

Ulysse De Pauw was a strong sixth for Douglas Motorsport ahead of a somewhat resurgent Pavan Ravishankar in seventh.

Kiern Jewiss was eighth after starting fifteenth following a second-placed finish on Saturday afternoon ahead of Race One winner Sasakorn Chaimongkol.

Benjamin Pedersen completed the top ten ahead of Lucas Petersson and Nazim Azman, with Kaylen Frederick dropping to thirteenth from eighth after a starting infringement dropped him back 10s.