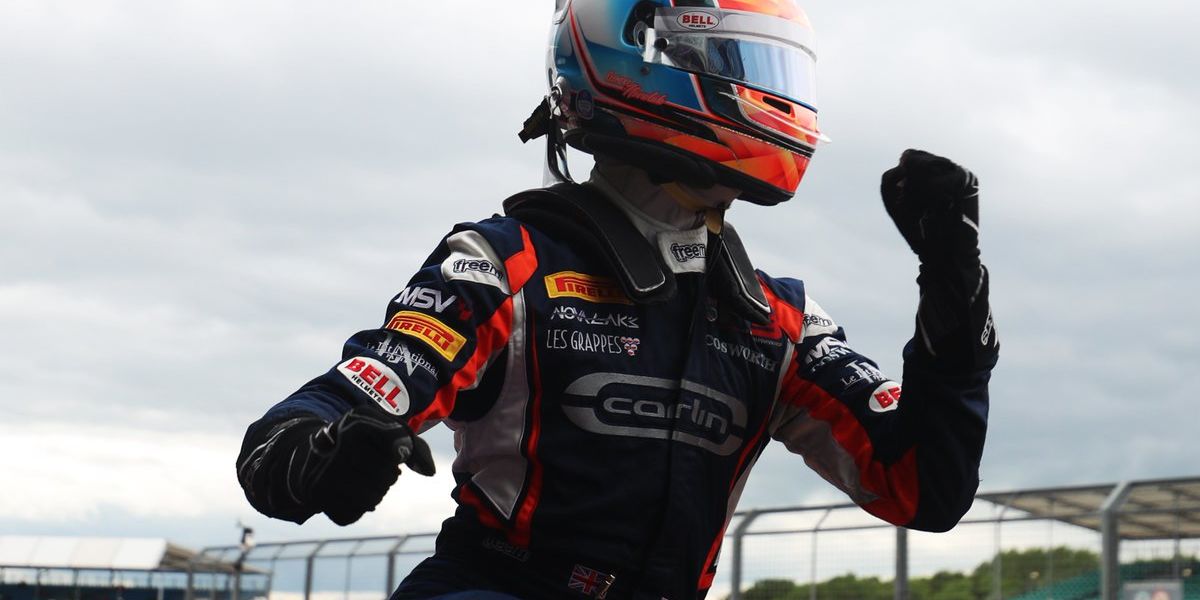 Clement Novalak took the spoils for Carlin in the first of three British F3 races at Silverstone this weekend.

After a wet qualifying gave way to dry conditions for the race, the British F3 drivers were entering the unknown for what proved to be an entertaining opening race.

“The tyre deg through the race was a lot worse than we thought it would be so I slowed it a little bit to try and manage the tyres as we had a big gap”, The Swiss-British driver began.

“All in all, it’s a great result and we had great pace through the early race so we’re happy.”

Novalak never looked worried throughout the 10-lap dash, as rivals Neil Verhagen and Ayrton Simmons battled on behind.

“Ayrton and Neil battling allowed me to pull away more than if they weren’t, but in the end we saved tyres but Ayrton’s were still in better shape at the end. We’ll see how it goes tomorrow.”

And the Carlin man believes he’s starting at the back at the best track to for Race Two tomorrow morning, although acknowledging that it still won’t be easy.

“Of course it’s a lot easier to get past and overtake than at Snett and Oulton but we’re still driving cars with a lot of aero and it is still a high speed circuit, so it’ll be easier but not easy. I am still confident given the pace we had in the early laps so we can make up a few positions.

“It’s always hard to adapt and we had two days of running with no dry track running, we had done the set up on Thursday and it wasn’t too difficult to change.”