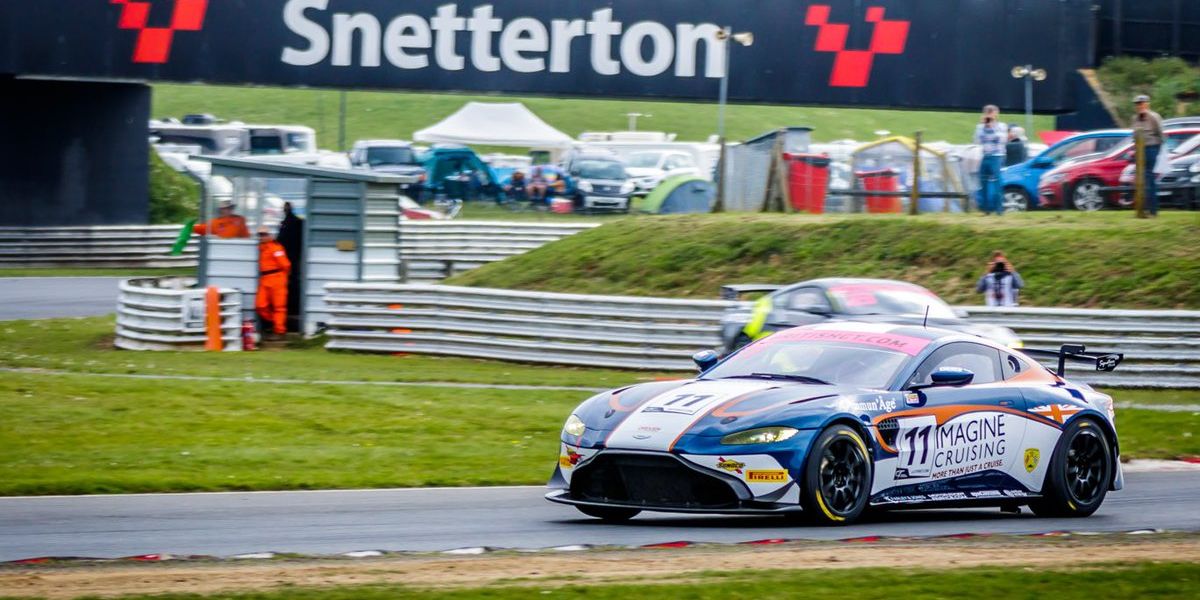 Martin Plowman was relieved to achieve a strong GT4 Pro/Am result with Kelvin Fletcher on Sunday afternoon after admitting there is more to come from the Beechdean Aston Martin GT4 package.

Speaking before it was announced that the Steller Motorsport Audi Pro/Am entry of Richard Williams and Sennan Fielding was disqualified, Plowman felt that the team had struggled for raw speed and had to rely on brain instead.

“The result was fantastic as we really have struggled this weekend on set-up, trying to get the front end working and we are still down on top speed as a brand, but compared to the other Aston out there we need to find more time. It is fantastic to come away with a podium and some good points, we got everything we could out of the race. In the race it was apparent that once the tyres go off we lose out.

“We were just a sitting duck, I would fight my way to the front, make some moves and after that they were queuing up to pass me on the straight. The Mustangs were passing me on the straight like I was standing still. I defended as best as I could, but you need to give the car to Kelvin in one piece, which I just about did. We expect more from ourselves, but if we can come away with podiums on a bad weekend then we’ll take that. I trust totally that we and the guys at Beechdean will figure this out, but we need to hit the reset button.”

Plowman admitted that he had planned to get most of his activity done early in the face of faster entries in Race Two.

From there on in, it was all hands to the pump before handing over to Fletcher for the second stint, before stating that some of the British Gt series’ young chargers have lessons to learn.

“The start in Race Two was messy, very congested as people just stuck to the inside. I had very little room around the outside and I knew that was my time to make a move because afterwards, I was going backwards. I was in full “send it” mode, finding gaps, braking late. I don’t know how many places I made up but it must have been two or three. After that, I looked in the mirror and they were queuing behind me, all in vain!

“I think this year hasn’t been as good (clean) as last year. There’s a lot of young kids in the series and they’re out to make a point and prove themselves, they’re probably a bit too aggressive and making moves that aren’t there. Hopefully they’ll settle down, but if not we’ll just have to stay out of their way.”