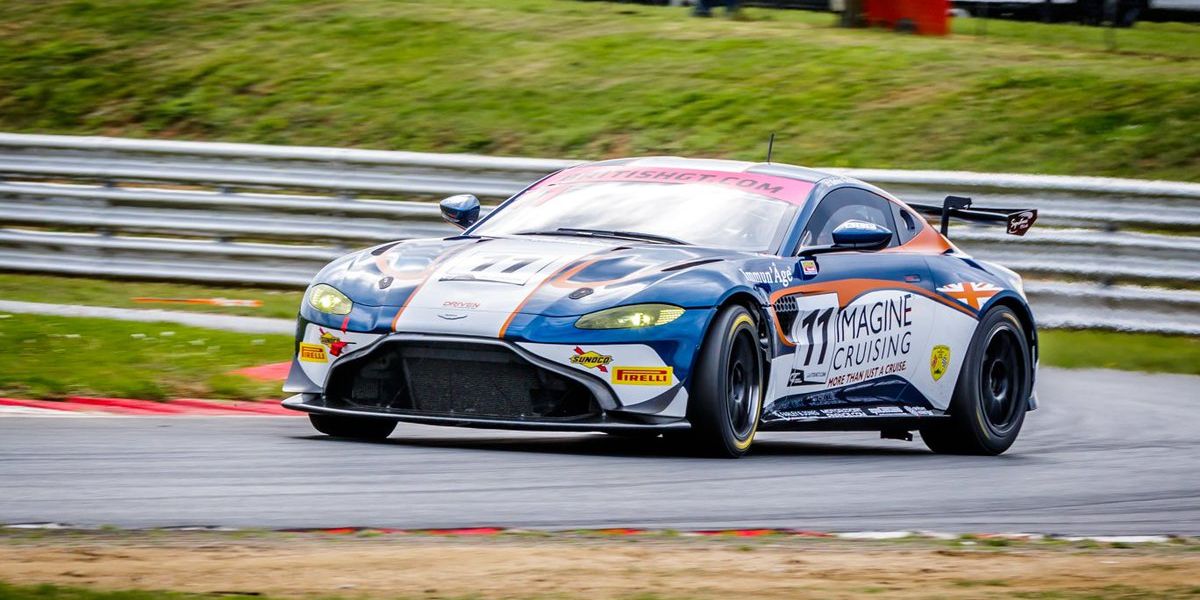 Kelvin Fletcher feels that the podium he and Martin Plowman earned in the British GT GT4 Pro/Am category was hard-earned on Sunday afternoon.

Speaking before the disqualification of Sennan Fielding and Richard Williams of Steller Motorsport for a technical infringement, Fletcher and Plowman both feel that there is more to come from the Beechdean Aston Martin GT4 package, but Fletcher still considers it a big step up from last year’s Nissan 370Z.

“We made some small changes to the set-up this morning and so we had two laps to feel the setup and we went with that. I defended for half an hour, spent the whole race driving with my mirrors,” Fletcher began.

“The Aston Martin is night and day compared to the Nissan. The Nissan was a good car but it was seven or eight years old, these new GT4 cars are all so much more advanced. The AMs say that is an easier drive, the disparity between the Pro and the Am has come down a lot and that shows that how much easier to drive they are.”

Fletcher was pleasantly surprised at the result and says there’s still more to come from the duo and their car.

“It’s been a nice step forward to be in a car that is more balanced, more current and more competitive.”

“Me and Martin are as well, we’re only two weekends into the Championship, still five more to go and hopefully if this is one of our more disappointing weekends then we can build from here.”

Like Plowman, Fletcher felt that the body contact strayed close to the limit and he was mindful to avoid that for the two shorter races this weekend.

“It was a bit too much elbows out this weekend, I started Race One and it was just carnage. We had some unfortunate contact in Race Two at Oulton Park so we were mindful of that damage because it affects your budget for the year, we knew we had two races today so we kept out of trouble and raced clean. It’s easier said than done because when everyone thinks it’s a Touring Car race meeting, it is absolute carnage.”