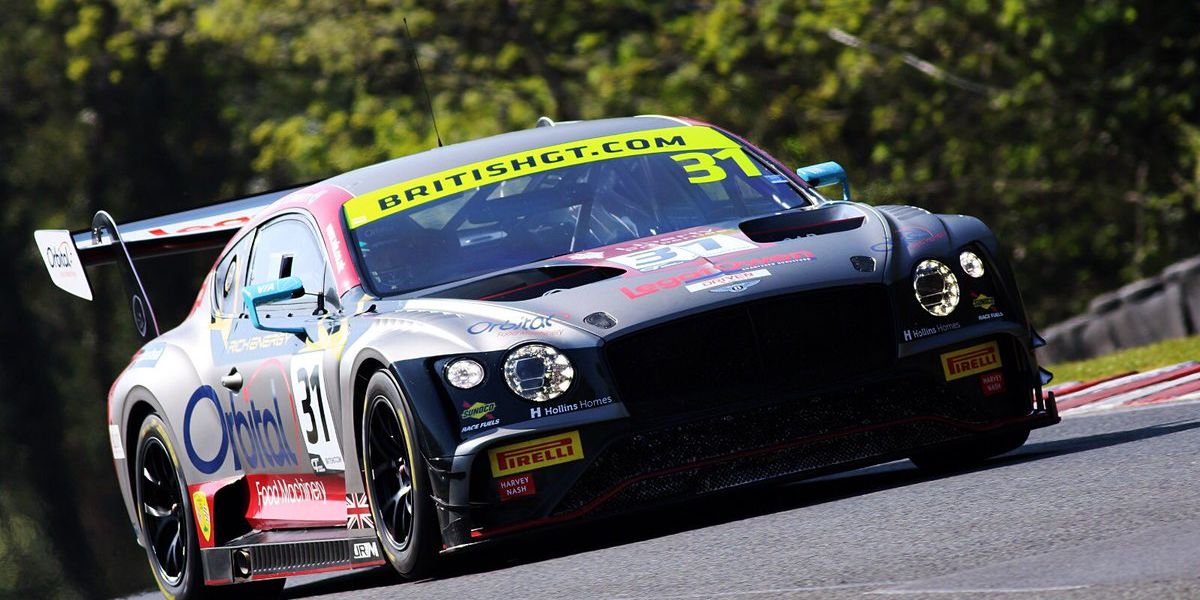 Rick Parfitt Junior and Seb Morris took a popular victory in the opening round of the season after an eventful start to the race on JRM’s British GT debut.

Phil Keen and Adam Balon were second as the lead two cars were in a class of their own, before Bradley Ellis and Ollie Wilkinson held off Jonny Cocker and Sam De Haan.

Rounding out the GT3 finishers were Marco Sorensen/Andrew Howard and Nicki Thiim/Mark Farmer, the latter spinning early on and unable to make inroads thereafter.

Drama found the British GT series as early as the second lap when Ryan Ratcliffe’s optimistic move on polesitter Iain Loggie had predictable consequences, the Scotsman spun around and both drivers left out of the race after just two minutes.

A lengthy clean up operation saw the Safety Car out for over ten minutes, and Parfitt was able to capitalise on his inherited lead having passed Sam De Haan at the start.

Parfitt was able to pull out a lead of over four seconds over De Haan, who had the attentions of both Century Motorsport BMWs of Paul and Willmott to contend with for much of the opening stint.

While almost all of the GT3 competitors pitted as soon as possible, Parfitt allowed an extra lap to avoid traffic in a tight Oulton Park pit lane. De Haan found out to his cost how tight the pit lane can be, as he lost several positions when handing over to teammate Cocker.

Cocker would pressurise the Aston Martin of Bradley Ellis for the duration of their second stint for third place to little avail at a narrow and twisty Oulton Park, with third place through to ninth covered by five seconds.