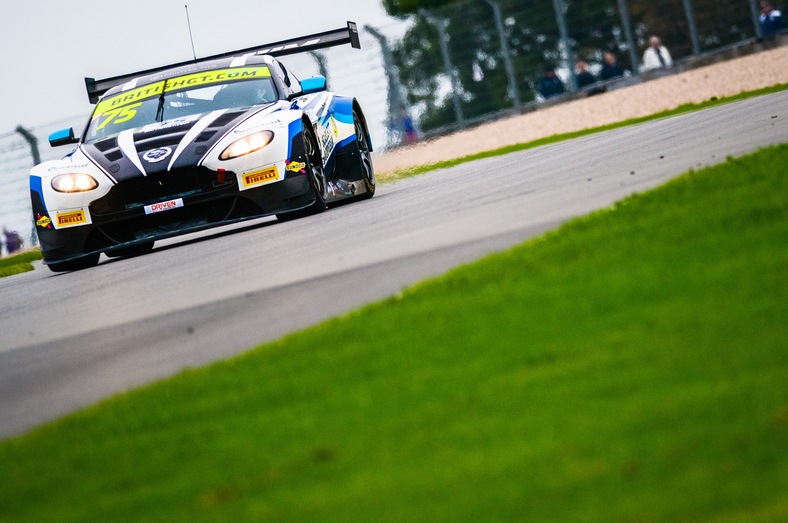 After seven months of hibernation and relative silence, the British GT series returns for 2019 at Oulton Park for the traditional Easter Weekend curtain-raiser.

35 cars including 13 GT3s, 21 GT4s and one GTC will compete in two hour-long races on Easter Monday, with Easter Sunday seeing no track action.

There’s plenty of new additions to the British GT series with Aston Martin, Bentley, Lamborghini and McLaren all bringing new GT3 challengers to this year’s party, while BMW and Mercedes are also in the category.

Aston Martin have replaced their V12 Vantage, the most successful car in British GT history, with a new V8 model. Record-breaking history-making Scotsman Jonny Adam remains part of their armoury having left Optimum Motorsport for TF Sport paired with Graham Davidson, one of the most entertaining drivers on the grid. They’re joined by Mark Farmer and Nicki Thiim, a pairing looking to right a few wrongs after hitting bad luck last season.

Optimum, last season’s champions, have also taken the new V8 Vantage and will have Oliver Wilkinson and 2007 champion Bradley Ellis to maintain their challenge. Beechdean AMR have retained two-time champion Andrew Howard, while Marco Sorensen has resurfaced alongside Howard after spending last season at TF Sport.

Barwell Motorsport are back into British GT battle with Lamborghini’s new Huracan GT3 Evo. Last year’s rookie Sam De Haan partners Jonny Cocker, while arrival of Adam Balon marks the only driver change from 2018 at the expense of Jon Minshaw. Phil Keen returns this season hoping to be the bride, and not the bridesmaid, in 2019.

For Bentley, it’s a new car with some old friends for 2019. The new Continental GT3 2017 champions Rick Parfitt Jnr, whose break from racing was shortlived, and Seb Morris returning to the series with newcomers JRM, while Team Parker Racing will field Ryan Ratcliffe and Glynn Geddie for 2019.

2019 marks a step up in class for 2018 GT4 champions, Century Motorsport. Jack Mitchell and Ben Green were the top dogs last year and will race alongside Adrian Willmott and Dominic Paul respectively, on a weekend where the British GT paddock will undoubtedly find out more about BMW’s M6.

McLaren’s new 720S will prove a welcome boost to Shaun Balfe and Rob Bell at Balfe Motorsport while Richard Neary and Adam Christodoulou in the Mercedes are back for a full year at ABBA Racing alongside Iain Loggie and Callum Macleod at RAM Racing.

With Ben Tuck and Jack Mitchell moving to GT3, it is all change at Century Motorsport and BMW. Three British GT debutants Mark Kimber, Angus Fender and Andrew Gordon-Colebrooke make their bow this weekend while Jacob Mathiassen returns.

McLaren’s 570S returns with Tolman Motorsport and another two-pronged assault working with McLaren Driver Development Programme members. HHC have switched from Ginettas and have Callum Pointon and Dean Macdonald amongst its ranks this term, while Balfe Motorsport are back in 2019,

Ford brings its iconic Mustang to the British GT Championship in 2019 with Multimatic Motorsports entering two, while RACE enter a third raced by ex-BTCC racers Sam Smelt and Aron Taylor-Smith. They could well be an entry to watch.

The Jaguar F-Type is also back in the familiar hands of Steve McCulley and Matthew George, Invictus Games Racing having halved their entry list for 2019 while KTM return for the first time since 2011.