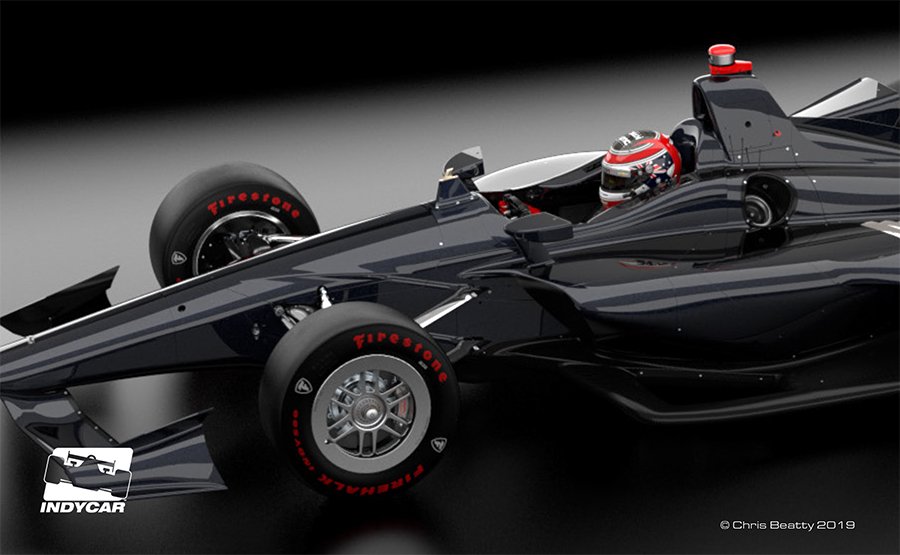 IndyCar has released renders of their solution to cockpit safety, with the first on-track test of the device scheduled for April 24th at Indianapolis Motor Speedway. All being well, the Advanced Frontal Protection system (AFP) will make it’s racing debut at this year’s running of the Indianapolis 500.

The AFP comes in the form of a three-inch titanium piece that will be fixed to the front of the cockpit, in a seemingly similar way to that of F1’s halo. IndyCar report that the addition has passed the same strength tests as the roll hoop, built by Dallara.

This comes after IndyCar ran a windscreen-type solution at multiple tests during last season, but, despite the running, it is not yet ready to be used in races with issues relating to visibility, practicality and reflection all still to be ironed out, as well as questions over its potential effectiveness. There is still a lot of work to do on the windscreen, but IndyCar has made it clear that this solution has not, by any means, been abandoned.

As such, the AFP seems to be coming in as an interim solution before something more substantial can be implemented.

A halo-type solution was considered during last season; however, this presents a number of challenges that are unique to IndyCar. First of all, a halo would pose serious visibility issues on ovals as the top structure would block parts of the track from the driver’s view – potentially causing far more problems than it would solve. Even on the road courses, a halo would be an issue as it can’t be fitted on the current IndyCar chassis, and, given the latest update only came in last season, they probably won’t be updated again for another few seasons.

The biggest problem IndyCar has to try and steer around is the cost-factor, especially for the smaller teams who are already struggling as it is. For likes of Juncos and Harding, a chassis change so soon after a major change wouldn’t be financially viable, and the series would risk losing a fair few entrants.

This also realistically rules out the potential of having two different solutions – one for road courses and one for ovals – as could again push out the smaller teams, which are vital to the success of IndyCar.

IndyCar President Jay Frye stated: “Safety is a never-ending pursuit, and this is IndyCar’s latest step in the evolution. There are more details to come about the phases to follow.”

One thing is for sure, IndyCar had to do something ahead of the 2019 season. There were too many near misses in 2018 for them to wait until the windscreen is ready to use, and the AFP, small though it is, is the first step towards a much safer IndyCar with a determination to not have repeats of recent accidents, such as that of Justin Wilson in 2015.