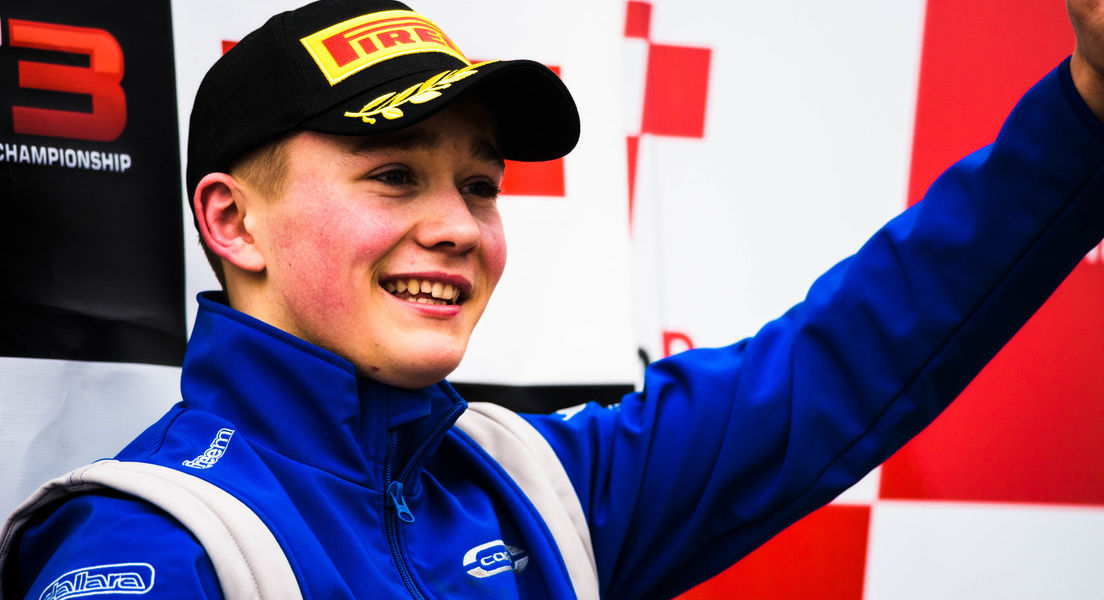 Billy Monger was satisfied with his Saturday work after missing out on pole position and taking his fourth podium of the season at an unsettled Silverstone.

Monger took two pole positions in wet conditions at Donington Park three weeks ago and feels he could have secured another one in a wet Silverstone qualifying in the morning.

£The progress we’ve been making in the last few rounds has been good, we got the double pole at Donington and today in qualifying we had potential for pole. I lost about six tenths on the data as I caught a backmarker on my best lap so that was a pole chance.

£The fact that I know that in my heart of hearts I can get on the front row is a really good showing for the improvements I’ve made. Hopefully tomorrow we can pray for some rain.”

Despite two poles and a podium at Donington, Monger left the East Midlands frustrated after missing out on victory in all three races.

“At Donington I had double pole and I was the fastest by two tenths in every session so the fact that we didn’t win a race really, really annoyed me and really wound me up.

“Qualifying today without that backmarker, we could have been in a different position and that race could have been different but if I’m honest, we didn’t have the pace of that front two. There’s nothing wrong with that, it just shows that we need to work harder overnight to find some pace for tomorrow.”

With Carlin teammate Nicolai Kjaergaard now out of the title race after his DNF and Linus Lundqvist’s seventh victory of the season, Monger gave short shrift to the idea that there was ever any agreement between the teammates to help the Dane.

“It was always every man for himself. I’m here to race and I’m here to win races and I don’t think that Nicolai would want to win a championship with my help, he’d want to because he was the best over the season. Unfortunately Linus has been the most consistent. Nicolai has had bad luck along the way, overall it has been a good battle for the title between them two and I’m sure Nicolai will come out tomorrow and finish strongly.”