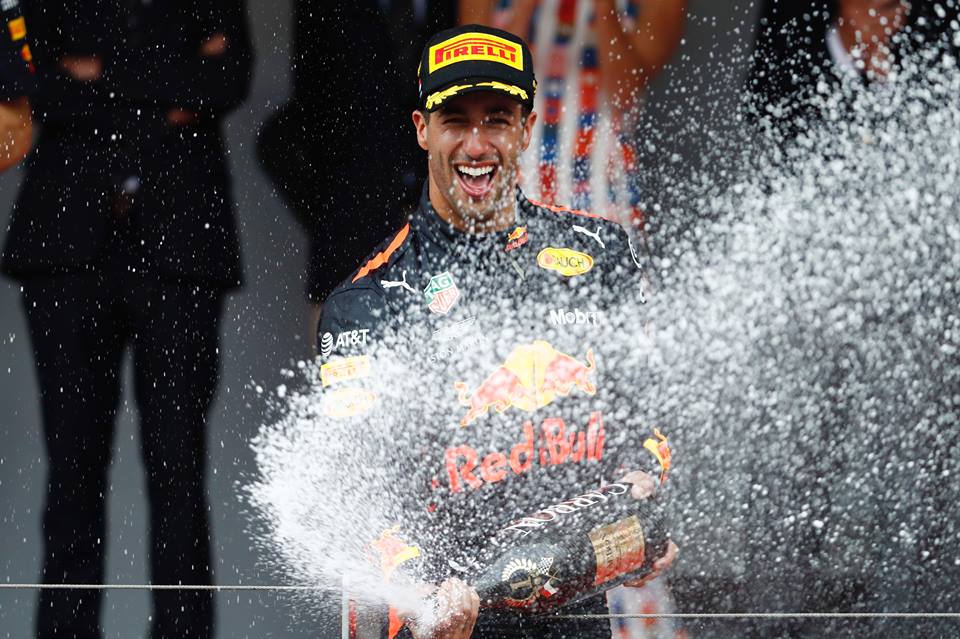 Silly season has officially started. The driver market got a major shock on Friday the 3rd of August when Red Bull surprisingly announced that Daniel Ricciardo is set to leave the Austrian team after the 2018 season.

Team Principal Christian Horner commented on this news saying: “We fully respect Daniel’s decision to leave Aston Martin Red Bull Racing and we wish him all the best in his future. We would like to thank him for his dedication and the role he has played since joining the Team in 2014, the highlights, of course being the seven wins and the 29 podiums he has achieved so far with us.”

With the Australian set to leave the team, there’s now a very much sought-after seat to take. Red Bull Racing know that and are now looking for an alternative.

“We will now continue to evaluate the numerous options available to us before deciding on which driver partners Max Verstappen for the 2019 season. In the meantime, there are still nine races left in 2018 and we are fully focused on maximising every opportunity for Max and Daniel for the remainder of the season” Horner added.

Daniel Ricciardo has been part of the Red Bull Junior Team since 2008 and made his F1 debut at the 2011 British Grand Prix. After only two seasons at Toro Rosso he joined Red Bull Racing. He achieved seven victories, two pole-positions, twenty-nine podium finishes and brought the team 904 points. His last victory was at the prestigious Monaco Grand Prix this year, an absolute highlight for the ‘Honey Badger’ at Red Bull.

In another shocking announcement that same day- just an hour after the Red Bull announcement- Renault confirmed that Daniel Ricciardo has signed for 2019 at the French team. Completing their line-up for 2019 is Nico Hülkenberg. This means that Carlos Sainz will leave Renault at the same time, now looking for another team.

Ricciardo said in an official announcement from Renault: “It was probably one of the most difficult decisions to take in my career so far. But I thought that it was time for me to take on a fresh and new challenge. I realise that there is a lot ahead in order to allow Renault to reach their target of competing at the highest level but I have been impressed by their progression in only two years, and I know that each time Renault has been in the sport they eventually won. I hope to be able to help them in this journey and contribute on and off track.”

With these announcements we are left with a very mixed-up driver market. There’s now one space available at Red Bull next to Verstappen. Most likely to go there are either Carlos Sainz or Pierre Gasly. Pierre Gasly has impressed the Milton-Keynes team at their sister team Toro Rosso, whilst Carlos Sainz is still awaiting a renewal of his Red Bull Junior Team  contract.

A lot of predictions for 2019 will probably have gone wrong after this announcement. Ocon won’t go to Renault as they already signed Ricciardo and Hülkenberg. Ricciardo isn’t staying at Red Bull as many -even himself- had predicted.

Now it’s waiting for the next announcements as the 2019 grid finally shapes up a bit.