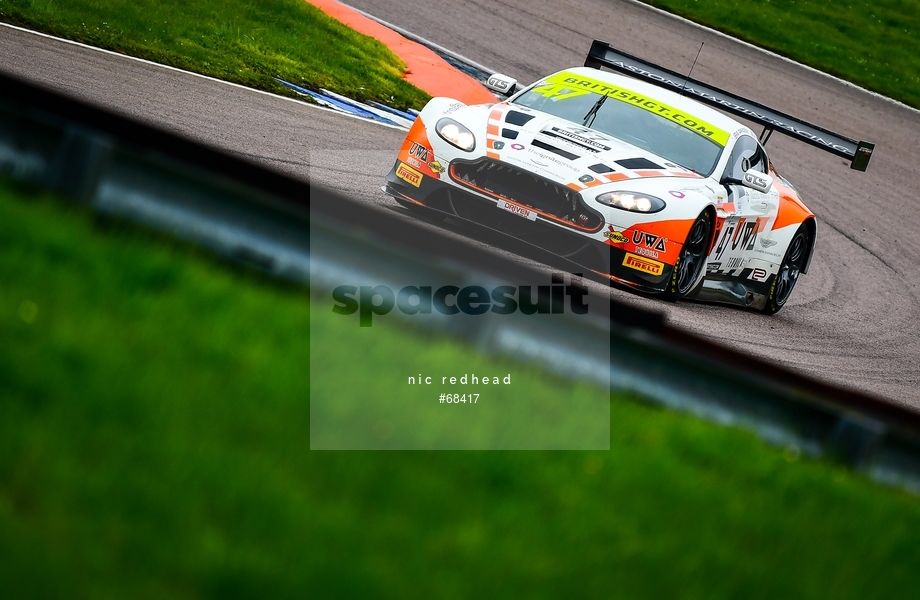 Maxime Martin and Graham Davidson notched their first win of the British GT season at the one mainland European race in Spa-Francorchamps for Jetsream Motorsport Aston Martin.

Ryan Ratcliffe and Rick Parfitt Junior in the #1 Bentley held on for second ahead of Jonny Adam and Flick Haigh’s Optimum Aston Martin, who completed the GT3.

In GT4 a well timed pitstop just as the Safety Car saw Dean Macdonald and Jack Mitchell emerge in the lead, where they stayed.

Tolman Motorsport’s McLaren of Michael O’Brien and Charlie Fagg were second to continue their strong season while the podium was completed by Equipe Verschuur’s Finlay Hutchison and Daniel McKay.

It was drama right from the start when Mark Farmer’s TF Sport Aston Martin took to the grass on the run down to Eau Rouge before catching fire and dropping oil. Andrew Howard was also damaged ad the Safety Car quickly appeared.

Remon Vos was blamed for the incident and served a 60-second stop/go penalty.

After racing resumed, Jordan Witt was given a 20-second stop/go penalty for colliding with Loggie at the final chicane and that moved the Team Parker Racing Bentley of Rick Parfitt Jnr up to second behind Davidson.

The Barwell Motorsport duo of Sam De Haan in the #69 Lamborghini and Jon Minshaw in the #33 Huracan also came to blows with De Haan given a 10-second stop/go penalty while Adam Christodoulou’s Mercedes also caught fire.

Once the Ams handed over to the Pros, Martin was able to stroke the Aston Martin home ahead of Ratcliffe and Adam for his and Davidson’s first ever British GT victories.

In GT4 O’Brien led the way at the start ahead of fellow McLaren Finlay Hutchison, with Ben Tuck also in the mix and Lewis Proctor fourth.

A fire for Proctor’s McLaren saw many take to the pits, and Century Motorsport’s Jack Mitchell was the lucky man as he emerged from the pits in the lead ahead of Charlie Fagg, whose Tolman had been leading.

That was how it would stay, with McKay in the Equipe Verschuur McLaren remaining third and Ben Tuck fourth in the other Century BMW.