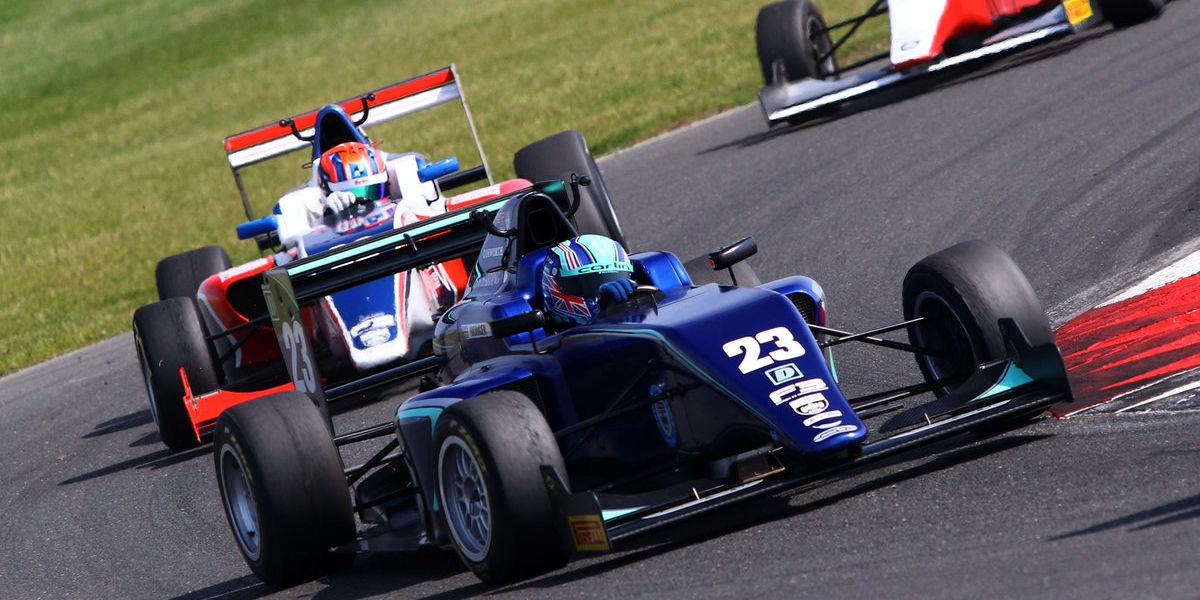 Carlin Motorsport’s Billy Monger says he is getting used to the challenges that the British F3 series has thrown at him this season.

The 19-year-old drives an adapted car having lost both of his legs in an F4 accident at Donnington Park a year ago.

Those adaptations feature a throttle paddle behind right of his steering wheel, while the gear shifting paddles are both on the left.

Monger says that it has been difficult, but he is getting on top of the added challenges.

“Of course it has been a challenge because the step up from F4 to F3 is already massive on its own along with the fact that I’m learning new controls as well.

“It has been a steep learning curve, but I do feel like I’m getting the hang of it now.”

At the first weekend at Oulton Park, the man from Surrey took a fairytale podium, but at Rockingham things did not go his way with two races lost to incidents and contact.

At Snetterton, he was closer to the sharp end of the field with a seventh, a ninth and a sixth and feels that the first dry weekend of the season helped him.

“In the dry I feel more confident in the car than the rain because the hand throttle is quite difficult in the wet but I’m getting on alright.

“The feel is different from hands to with feet, it is difficult to get a feel for everything, that is something I have to learn really.”

And one of the championship’s bigger names is confident of fighting for the top three after misfortune earlier in the season.

“We’re definitely competitive enough, it’s just about having the luck on our side to put us up there fighting for podiums and wins.”

Monger does concede that his long-term involvement in the championship depends on finance and sponsorship, but is keen to stay with Carlin.

“We want a good solid position in the championship come the end of the year.”