The last race before the all-important Indy 500 had a lot more drama than anyone was expecting after last year! There were incidents for Simon Pagenaud and Josef Newgarden, amongst others, and late cautions altered the order but, ultimately, it was Will Power who triumphed over the rest to finally take his first victory of 2018 after a horrendous run of luck. 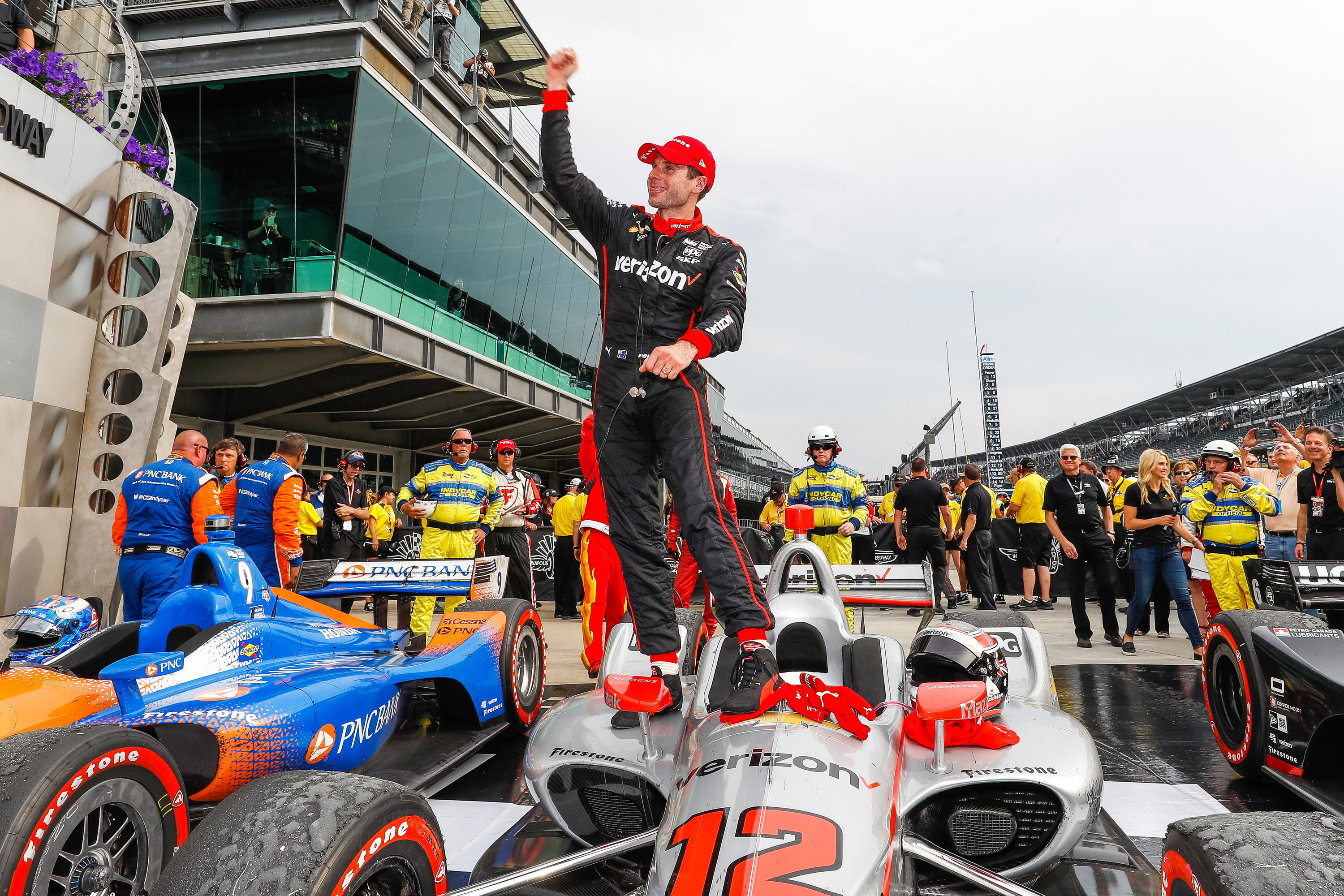 Power drove an almost faultless race to take Penske’s 200th win as a team and his first since Pocono last year. After taking pole by the smallest of margins over Robert Wickens, Power led off the initial start and then again off the restart after the first caution, brought out by Pagenaud and Jordan King coming together. He proceeded to build himself a lead over the remainder of the stint however, he then had to switch onto the less favourable Black Firestones, allowing Wickens, on the faster Reds, to pass and extend a lead of his own. Power came out behind Wickens after the second stops but it was only a matter of time before he sailed past him after the compounds had been swapped. Despite the late caution and an unexpected charge from Scott Dixon, Power held out to take his third win at the Indy GP.

Wickens was arguably one of the strongest forces in the race but he struggled more than most on the Blacks in the second stint, dropping him back into the clutches of Alexander Rossi. The third instalment of the Wickens/Rossi battle was somewhat hairier than the second but they, just about, managed to keep it clean after spending the majority of Lap 67 side-by-side. Rossi seemed to only have one challenge and, after that was unsuccessful, he slowly dropped away from Wickens, eventually being caught and passed by Sebastien Bourdais.

In front of that battle was Dixon who, after starting way down in 18th, made an excellent recovery to finish in second. Despite the headline finish, Dixon made a less than great start, finding himself further down in 21st just under one quarter of the way into the race. The #9 Chip Ganassi managed to stay under the radar for the majority of the race, just quietly making progress and, after some very clever strategy, appearing in third at the final restart. Wickens in front was still struggling for pace, despite being back on the Reds, so Dixon was in prime position to take advantage, passing the Schmidt Peterson driver for second at nearly the first opportunity. This weekend could’ve been dire for Dixon but, with that recovery, he now sits in fourth in the championship.

Bourdais was another one to stay out of too much drama in the race with his only incident coming as a result of a more than optimistic lunge from Newgarden. After initially passing Wickens, the positions were soon reversed on the restart with Bourdais then dropping back to the cars behind. Bourdais struggled on the Blacks in the second stint meaning that a frustrated and faster Newgarden was closing in on him. After waiting for all of a lap after catching Bourdais, Newgarden went for a gap that was never really there on the inside of Bourdais. The #1 Penske driver subsequently clipped the kerb and spun, narrowly missing Bourdais but wrecking his own race. It was an uncharacteristic moment from Newgarden that’s cut his championship lead down to just two points over Rossi.

Some of the biggest news coming into the weekend was the return of the very successful and much-loved Penske driver of Helio Castroneves. Despite being a catalyst of sorts in the Pagenaud/King incident, Castroneves ran an otherwise clean and confidence boosting race. While it was not the win or podium that he’d potentially dreamt of, a solid sixth place finish in one of the most competitive fields in motorsport is nothing to be ashamed of. This race, however, was never the focus for Castroneves who is targeting a fourth Indy 500 win in a few weekends time.

The most unfortunate driver of the race was, once again, Pagenaud who was caught up in an incident which, through no fault of his own, compromised the rest of his race, eventually coming home in eight. Pagenaud was running alongside Castroneves going into Turn 1 and was moved aside by his returnee teammate. This put Pagenaud into the path of King who was then going too fast to avoid hitting the back of Pagenaud’s Penske, putting King in the gravel and dropping Pagenaud down to the back of the field. It was deemed as a racing incident so no penalties were dished out but the other incident on the first lap, between Spencer Pigot and Takuma Sato, did warrant a penalty. Pigot was running alongside Sato when the former got onto the kerb, taking flight and then T-boning the side of Sato. Pigot took the blame for the collision and was handed a drive-thru penalty which dropped him way down the order.

Next up for IndyCar is the Indy 500 for which practice commences on the 15th May before qualifying starts on the 20th. The race itself isn’t until the 27th so there’s a lot of build-up to go until then!

Images are courtesy of http://media.gm.com