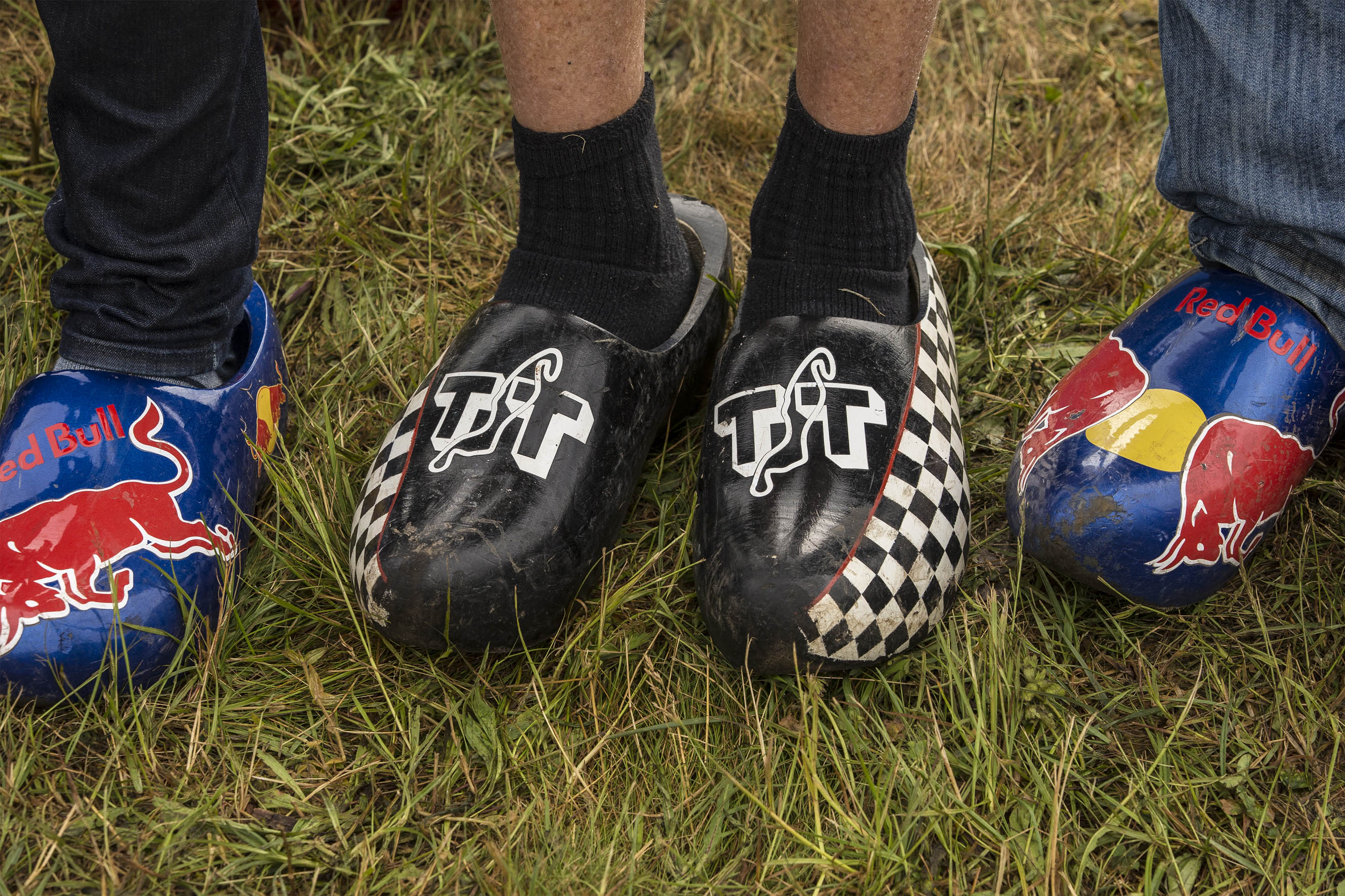 The first race of round four for the 2018 Superbike World Championship at Assen was set to be a fierce one, with the pace of the front runners looking quite close, and after Alex Lowes set his first WSBK pole position.

However, it did not quite turn out that way. Jonathan Rea took the lead early on and, despite being passed by Michael van der Mark replacing him at the front for a couple of laps, the win for Rea never looked in doubt. He may not have been able to break away from the pack, but he always looked like he would have the extra 2% to be able to fight back should someone have come past – honestly it looked like he was riding at 90% for most of the race to conserve the tyre. The win for Rea extended his lead in the championship to twenty points, put him level with Carl Fogarty’s record of 12 wins at Assen and closer to the four-time World Champion’s total win record.

Michael van der Mark took second. It looked like he just ran out of tyre at the end, but his position is positive, and a good result at his home race. He had a stretch leading the race, but was never able to make an impact. It can be said, though, for sure, that the Yamaha had incredible high speed stability, as all of both Lowes’ and van der Mark’s lap time came in sectors three and four – the run back to the chicane. Van der Mark made the most of that to achieve what he did, but the amount he was lacking in the first half of the lap absolutely cost him the race, because by the end of the race he was losing too much time to be able to be close enough into the chicane – he had too much time to make up when he arrived at the section where he had the advantage – so he could never make a move for the win. Perhaps the #60 side of the Pata Yamaha garage can make a change for tomorrow to be able to fight more for the victory – but the signs from the R1 are positive, it is coming.

The final spot on the podium was taken by Chaz Davies. There was a point in the race where it looked like Chaz could win – he was hounding Jonathan Rea at almost every corner, but ultimately he was not fast enough in the right areas, notably the final sector – with all the fast stuff – which is ultimately what cost him the position to van der Mark at the end and also what cost him the chance to have a go at Rea, because he couldn’t get close enough in the final chicane or turn one. There was a bit of a scare for Davies at the end as Tom Sykes was closing him down, but the second Kawasaki was not close enough in the final chicane for a move. Third is a decent result for Chaz, considering points to Rea is probably a little bit more than what he might have expected yesterday. But, for sure, Chaz needs to win tomorrow, and starting from the same row of the grid as Rea tomorrow (for race one, Chaz was only on row three) will certainly help.

Fourth place for Tom Sykes is the result of his best race since Phillip Island race one. It still looks like Tom is struggling to get on with the ZX10-RR of this season, with the new regulations implemented, but for nonce, today Sykes came back at the end of the race, rather than dropping further back. Sykes spent a lot of time on one tyre on Friday to prepare in the best way the race, and it definitely worked, as he came past Marco Melandri and Xavi Fores and nearly Davies too. Pole position tomorrow could be just what the Brit needs to take his first win – but he has to make the start.

Fifth place went to Xavi Fores, who looked like he ran out of tyres by the end of the race, but it was enough either way to beat Marco Melandri who, as expected, looked to be struggling over race distance with the stability of his bike. Maybe it is just me, or maybe it is just that Melandri is a physically smaller rider, but it looks like the Italian is running a larger fairing this weekend perhaps to combat the instability. If he is running one, and it is for that purpose, it doesn’t seem to be working much. Phillip Island showed that Melandri has the pace to win races, but until this high-speed headshaking issue is sorted out, Marco’s season is somewhat on hold.

Loris Baz was the ‘best of the rest’ in seventh place on the Althea BMW. The Frenchman’s dog died in the night, and so it was a nice result for him to be able to say goodbye with – even if it is not what he would really want, it is pretty much all he can get right now with the package he has.

Eighth place went to Leandro Mercado on the Orelac Kawasaki, his best ride of the season, ahead of Jordi Torres on the MV and the Puccetti Kawasaki of Toprak Razgatlioglu who rounded out the top ten. Roman Ramos was just outside of the top ten in eleventh, ahead of Alex Lowes who had some issues from about the mid-point of the race, but still managed to beat Davide Giugliano, PJ Jacobsen and Lorenzo Savadori who completed the points finishers. Sava actually crashed just after passing Baz for seventh place at De Strubben, which itself came after a disastrous start which dropped him way down the order from his grid position of fourth. Still, the pace shown by the Italian is positive after a difficult start to the season.

The final two finishers were Yonny Hernandez in sixteenth and Odrej Jezek in seventeenth. The only retirement was Rinaldi, who also had a grid penalty for irresponsible riding which occurred in an incident with Tom Sykes in qualifying. Both the Red Bull Hondas missed the race too, as Leon Camier is suffering with his injury from Aragon, and Jake Gagne is out for the weekend after he sustained injuries in his practice crash in the first of the fast right handers in FP2 – a bit of a miserable weekend for the Red Bull Honda team, in their home race, none of their bikes can race.

There is a lot of work to do for many of the riders tomorrow if they want to beat Jonathan Rea, and if they can’t it will be a historic day for the triple World Champion.