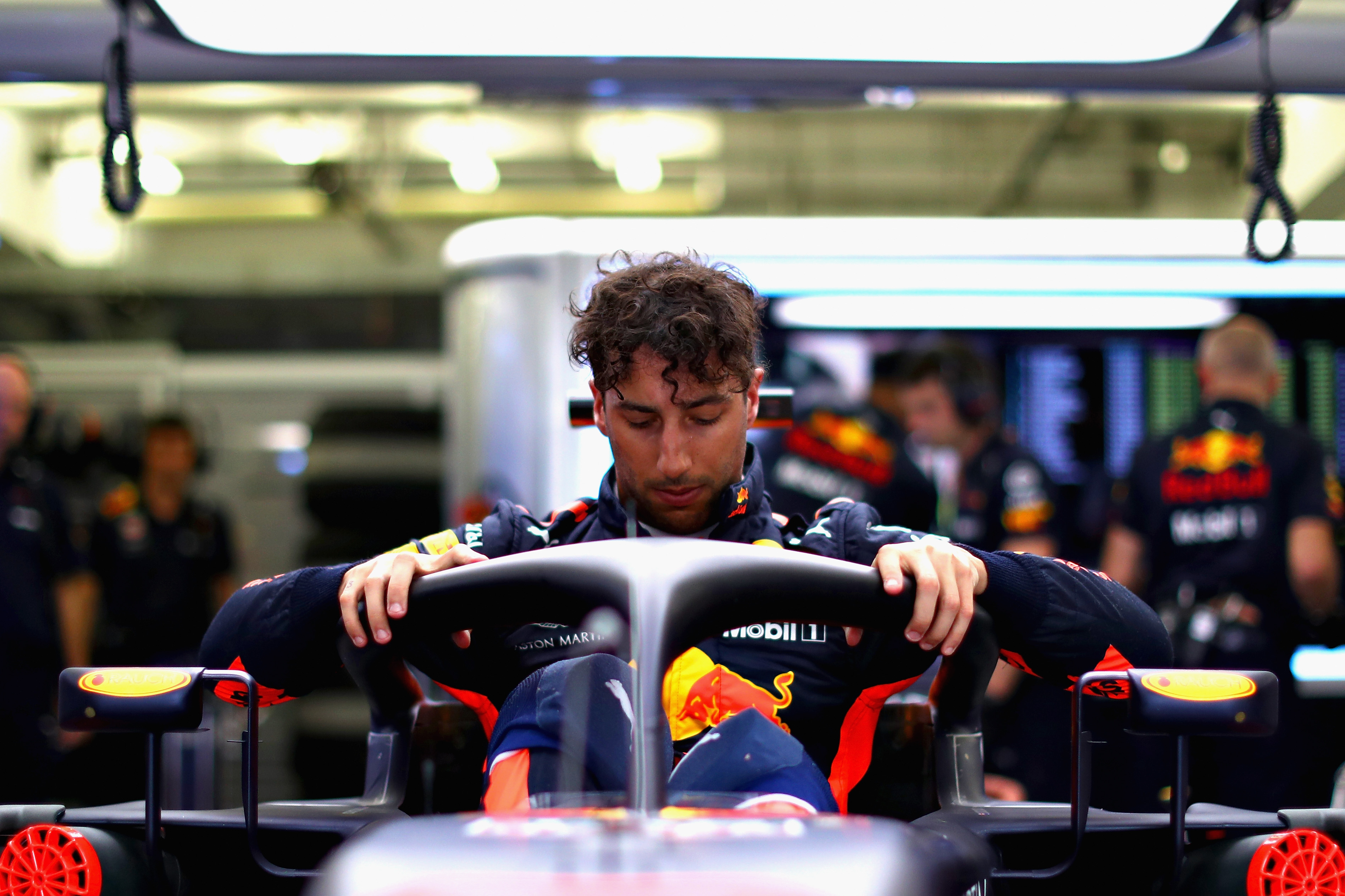 He beat Valtteri Bottas and Kimi Raikkonen to second and third, Lewis Hamilton could only manage fourth while Max Verstappen was fifth after a time penalty and another collision with a four-time World Champion in Sebastian Vettel.

Vettel would finish eighth after that, behind Nico Hulkenberg and Fernando Alonso, with Carlos Sainz and Kevin Magnussen rounded out the top 10.

Ricciardo took his sixth Grand Prix win, and his sixth from outside the top three on the grid.

The result closes the top of the standings up, with Vettel now just 11 points ahead of Hamilton, 16 clear of Bottas and 19 ahead of Ricciardo.

Bottas had earlier jumped Vettel in the first round of pitstops while Raikkonen fell way back as Ferrari slept on the pit wall.

But the race hinged on a Safety Car thrown on lap 27 when the two Toro Rossos of Pierre Gasly and Brendon Hartley collided and spread debris across the circuit.

Red Bull chose to pit both of their drivers with Verstappen running third and Ricciardo fifth, while Vettel, Bottas and Hamilton stayed out on medium tyres.

Verstappen immediately set about Hamilton in third and ran wide at turn seven trying an ambitious move around the outside of a man whom he has already had a run-in with this season, while Ricciardo had more success deposing Raikkonen to sixth.

Ricciardo took advantage and moved up to fourth and was on the back of Hamilton within two laps.

He then produced a banzai move from well back , crucially still making the apex, to surprise an off-colour Hamilton and move up to third.

The easiest overtake of the lot came on Sebastian Vettel, as he breezed past on the back straight, while Verstappen eventually passed Hamilton.

Ricciardo saved his best for last, as Bottas looked to have covered the inside line into Turn six.

The Australian had other ideas and squeezed through to surprise both the Finn and the viewing public.

By contrast, Verstappen’s late lunge on Vettel sent them both into a spin and earned the Dutchman a penalty while Raikkonen moved up ahead of Hamilton in the melee.

The spin damaged Vettel’s tyres and he was a sitting duck for Alonso five laps from the end.

Verstappen’s penalty caps off an awful start to 2018 after skirmishes in Australia and a non-finish in Bahrain after two accidents in Sakhir.

Red Bull will choose to reflect on the importance of that two-hour engine change to allow Ricciardo to get out of the garage for qualifying with less than four minutes left of the session.

Ricciardo had blown his turbo in Free Practice Three on Friday morning.