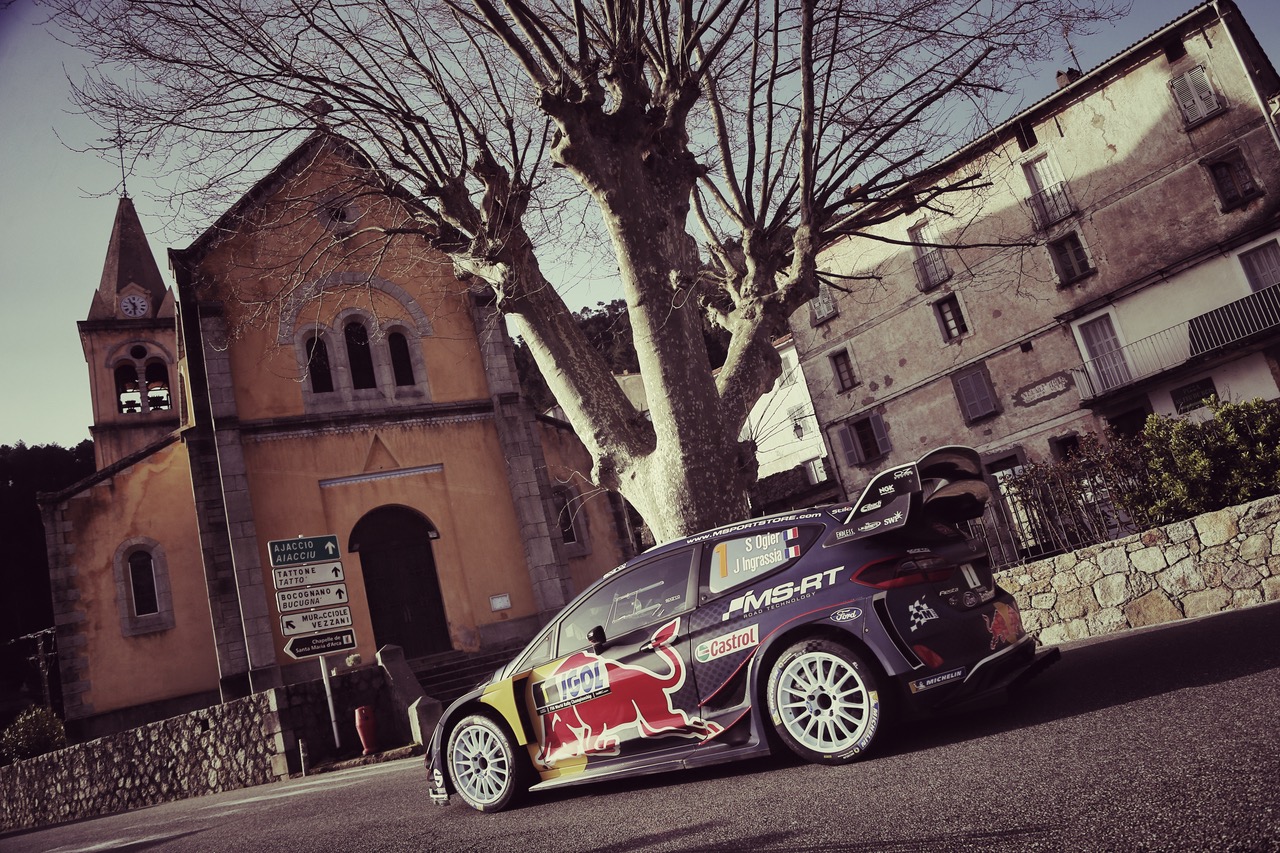 The final day then, and even though there were only two stages, we had the prospect of the longest stage of the whole weekend, the monster 55km stage!

Sadly, Latvala wouldn’t start. His Toyota was too damaged.

The stage start was slightly delayed, but once started, Andreas launched his car. He’d been battling understeer all weekend and was not able to show the pace that you’d expect from him. He set the benchmark at 34 minutes and 9 seconds. In the end, his time was beaten by several other drivers and our top three was Tanak, Meeke and Neuville. Ogier was fourth fastest and held a lead of 31 seconds over second placed Tanak going into the twelve and final stage.

The powerstage followed a couple of hours later. Who would top the times? Citroen and Toyota had provided the cars most likely since the start of Saturday.

It was Lappi who emerged fastest, with Loeb, Ogier, Meeke and Tanak completing the top five in the stage. Thierry suffered a mechanical problem with his Hyundai’s engine. He was not happy and didn’t even give an interview at the end of the stage.

Summing up the final day and the weekend as a whole.

Ogier had taken victory, thus extending his championship lead over the Belgian to 17 points. He’d been fast out of the blocks on Friday morning, building a lead whilst Thierry, Kris and Jari-Matti all struggled with their cars.

Loeb’s return to Corsica had promised so much and probably left more unanswered questions than before. If he returned to the championship, I believe he’d be right at the front. He’s lost none of his speed.

What of Thierry then? He had a frustrating weekend but finished on the podium. The consistency he craves is there, it’s just that the man he wants to beat is also getting good results.

Next up is Kris. He’d driven well on the whole with a car that wasn’t doing what he wanted and then on Saturday when the car was put back to the settings they used last year he was on the pace we expect from him. Such a shame then that he slid off on the final stage of Saturday and couldn’t get back on the road.

Finally, Jari-Matti. He won this event three years ago, but Toyota just didn’t have the right settings for any of its drivers to show their pace early on, but once they’d got the car where they wanted, we saw Lappi and Tanak both come forwards. Jari-Matti was starting to benefit from these settings when he had his off that led to his retirement. Hopefully this will lead to better things in Germany, the next all tarmac rally.

Looking ahead to the next event, Rally Argentina, later this month, a place that has seen first time winners in recent years. Perhaps we’ll see the Hyundai, Citroen and Toyota teams take the fight to M-Sport?

“It’s been a really good weekend for us and I am very happy with the performance. We had great pace on Friday and then just had to manage the gap after that.

“It was really satisfying to show this kind of speed – especially after last year where it was a bit more difficult. Now it seems like everything is going in the right direction – we have made some developments and I am feeling better and better in the car.”

“Overall it has been a very nice weekend. Corsica has always been the event which I maybe enjoy the least: I have really struggled here in the past. This year I worked really hard to be consistently on the pace. We were never pushing to the maximum but we were always setting a good rhythm. On the penultimate stage, I had a really clean run and I tried to be close to the maximum all the time, and it looked like it paid off. On the Power Stage, I took no risks: I just wanted to make sure we finished in second position, which was very important. For my first time on proper asphalt with Toyota, I’m happy with that.”

“It’s good to finish on the podium but there has been a bit of frustration over the weekend. We haven’t been able to match the times of the front-runners, even if we tried really hard. We have to be content with the results we have achieved, securing a podium and important points for the manufacturers’ championship. In general, I am pleased with the final result but in terms of outright performance we were just not on the pace this weekend.”

“Our end result is not too bad considering the disappointing weekend we have had in Corsica. We have just not been able to find the speed and performance needed to tackle these roads. It was a similar story today; we have pushed as hard as we can but the times have not been there. Still, fourth place gives us important points for the championship so that’s something positive we can take away. Now we need to work together as a team to get more speed on tarmac for later in the season.”

“Absolutely not the result we wanted and a very difficult weekend overall. We made some more set-up changes for this morning’s two stages but unfortunately, we couldn’t find the breakthrough that we needed. It has been a challenging rally but we know that we have to do to gain more experience with this car on tarmac. We need more mileage to understand where we can find more performance from ourselves and from the car. We have some time before the next asphalt event in Germany, so we have to put in lots of effort to make the improvements we need. That’s the homework we are taking from this weekend.”

“It was never going to be an easy weekend for us, but Phil has done an incredible job – jumping in at the last minute and getting us through without incident. We’ve collected some solid points which is what we came here to do. There is still a lot of work to do as far as the championship is concerned, but at least we can go to Argentina in a positive frame of mind and try to push for a strong result.”

“I think we have learned a lot here both as drivers and as a team. We have been able to find a good setup for the car. Yesterday was really perfect, and the speed was good on the final day as well. Unfortunately, I made a small mistake, which I take full responsibility for. I guess the rear tyres were still a bit cold and I lost the rear a bit and hit a kerb on the outside. We broke part of the rim and the tyre started to come off so we had to stop and change it. After that it was good to win the Power Stage: there was actually more grip than I was expecting, so I just pushed harder and harder.”

“Obviously, it’s frustrating to have dropped out of contention yesterday when a top three place was clearly within our reach, but we had to get back at it today and I think we have proven our ability to do just that. We are already looking ahead and we’ll be trying and get back on the podium and turn our speed into good results at the next few races.”

“It’s a real shame that we went off on Friday. We would have undoubtedly been right in the mix otherwise. In any case, I’m delighted to have been on the pace again this weekend for our second one-off appearance of the season. I prefer to focus on the enjoyment we have had throughout the weekend in the C3 WRC. It is a really formidable car on tarmac and I really enjoyed driving it on these magnificent Corsican roads. It was also very nice to feel all the love and support from the French fans at our home event.”