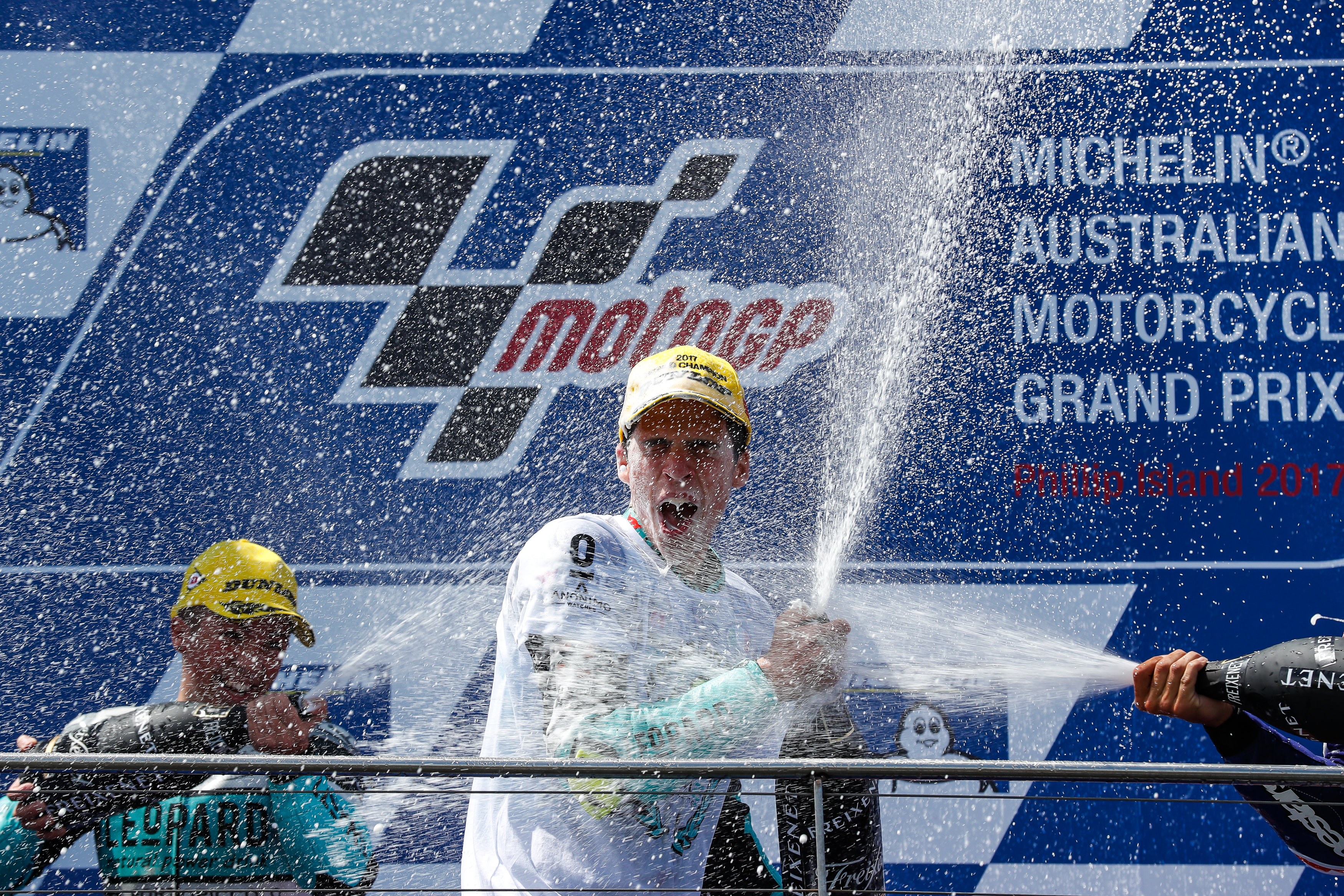 A magical Joan Mir wrapped up the title Down Under with victory on ‘The Island’ after rain stopped play in the Moto3 race, with his focus now on beating Valentino Rossi’s total number of victories during a single season in the lightweight class.

Joan Mir crashed out of last season’s Malaysian Grand Prix, at turn 7 with four other riders. At the time of the crash he was leading, although it was on a KTM. Mir will be looking to convert his first pole-position of the season on Sunday and hopefully, take his 10th win of the season. Honda haven’t won a lightweight class race at Sepang since 2014, with Efren Vazquez – also the last time a Spaniard won the Moto3 event.

It was only a matter of time before the Spaniard took his first ever championship win and where for fitting to do it than at the track he made his GP debut in 2015. His teammate then? That years world champion Danny Kent of course, on board the same bike.

The Leopard team couldn’t have wished for a better weekend, as Livio Loi came home second to get the team’s first 1-2 finish in the Moto3 class. After his monumental crash at Misano, which left him with a broken collarbone, it was a massive result for the Belgian rider who has had a difficult start to his GP racing career.

So, the pressure is off for Mir as we head to Sepang. Good news for Fenati and co for the rest of the season? I don’t think so. The new world champion will be riding like he has nothing to lose (because he doesn’t), which will only make life harder for the rest of the field.

Moto3 and Sepang then, arguably one of the best tracks on the calendar mixed with a series that never disappoints come race day makes for a very tasty encounter.