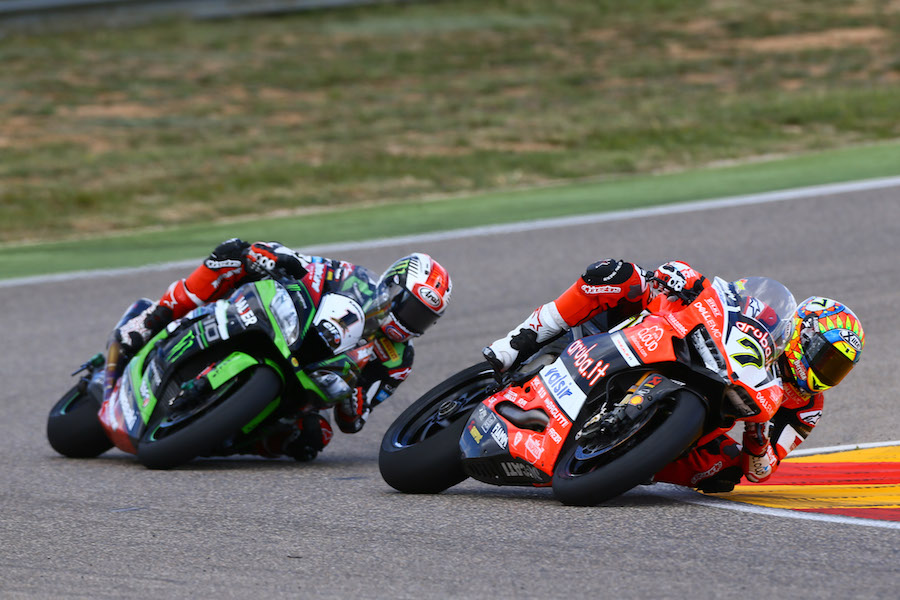 The World Superbike circus arrives at the Jerez de la Frontera circuit in the south of Spain this weekend, for the final European round of the season.

There is somewhat of a party atmosphere running through the paddock as the championship has been decided. Gone are the long nights for team bosses working out title permutations, and sleepless nights for the contending riders.

Instead, the racing can return to its purest origins – every man for himself.

For Jonathan Rea, this weekend is about celebration. He arrives at the Spanish round as a triple world champion – and the first to win his three titles in consecutive seasons. Its fair to say that the champagne will be flowing all weekend for he and the Kawasaki Racing Team. Metaphorically speaking as there are, of course, two races to win. Jerez is one of the few circuits on the calendar where Rea has never secured victory at. That is something he’ll be wanting to have changed by Sunday night.

In contrast, the circuit has been a very successful hunting ground for Tom Sykes (KRT). The Yorkshireman has been a regular podium finisher in recent years, including victory in 2015’s opening race. In a season which has been utterly dominated by his teammate, this weekend presents a timely opportunity for Sykes to remind the world of his prowess, as well as lay down a marker for next season’s campaign.

One man who will be relishing this weekend will be Aruba.it Ducati’s Chaz Davies. There is something about circuits on the Iberian peninsular for the Welshman, who has made habit in recent seasons of making his own. Whilst Motorland Aragon is undoubtedly Davies’ de facto track, the Circuito de Jerez is certainly another haven for him, with three wins in the last two years. This weekend and the series finale in Qatar will be targeted by the Italian team – not just to end the year on a high, but to give their Panigale-R machine a fitting send off, before it is replaced for next season with their new V4 contender.

The Pata-Yamaha team arrive at the Spanish circuit full of confidence. Their double podium finish last time out at Magny-Cours was a major breakthrough for the team – and perhaps the sport too. World Superbikes desperately needs more teams to be finishing at the front, rather than just Kawasaki and Ducati, and a resurgent Yamaha outfit is just what the doctor ordered. Both riders, Alex Lowes and Micheal van der Mark, are locked in a fierce duel for fourth place in the championship standings – Lowes leading his teammate by only 11 points. With the bike constantly improving, and both riders pushing to the limit in every session, they are bound to break onto the winners’ step in the near future.

Elsewhere battles will be raging amongst the privateer teams. Xavi Fores (Barni Racing Ducati) and Leon Camier (MV Agusta) will once again be pushing hard to get amongst the front runners. The duo have provided some of the highest quality on-track duels this season, and are within touching distance of the Yamaha riders in the standings.

Finally, WSBK welcomes back Sylvan Guintoli this weekend. The Frenchman has spent the season competing for Bennetts-Suzuki in the British Superbike Championship, and now joins the Pucetti-Kawasaki team until the end of the season. Its remarkable to think that his entry means that Guintoli is the first Frenchman to participate in this year’s championship. He has a good machine under him, and will be looking to make a solid impact over the final two rounds of the campaign.