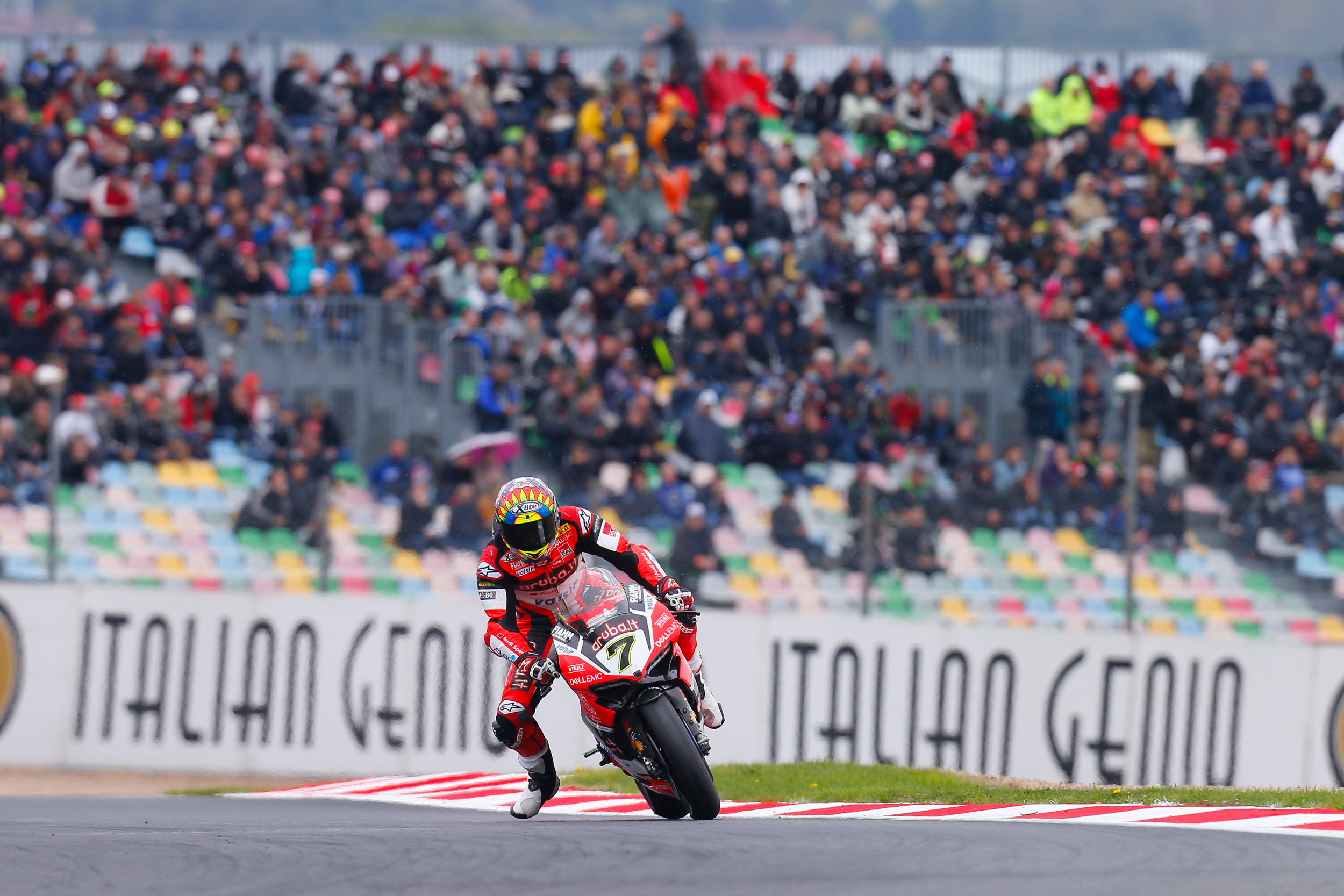 Chaz Davies took his 7th victory of the season in race two at Magny Cours on Sunday afternoon, beating Yamaha pairing Alex Lowes and Michael van der Mark – as well as the weather – to take victory.

“Yesterday was bitter but today was sweet. This is the best way to put behind us a couple of tough races. I woke up feeling really motivated and I think it showed in the opening laps, as I was making passes and got to the front pretty quickly from 11th position”, said race winner Davies, making it his third win at Magny Cours.

Despite leading by a long way, Davies knew that it could all go wrong. Just two laps from home in race two at Portimao, he crashed out of a very safe 2nd place. During race two at Magny Cours, he had rain to contend with and with him being first to arrive, he was guinea-pig in the race.

“It wasn’t an easy race though. The rain was on and off throughout and it was hard to tell where the wet patches could be. It was a matter of pushing hard but not too much, just enough to keep the gap in check and that’s what we did. Now we’re looking forward to the last two races, the hunt for second position in the championship is still open and we can be fast, both at Jerez and Losail.”

Davies sits just nine points behind 2013 champion, Tom Sykes. Davies out-scored Sykes in the remaining races last year and if he does the same again, he will finish the 2017 season as runner-up for a 2nd time.