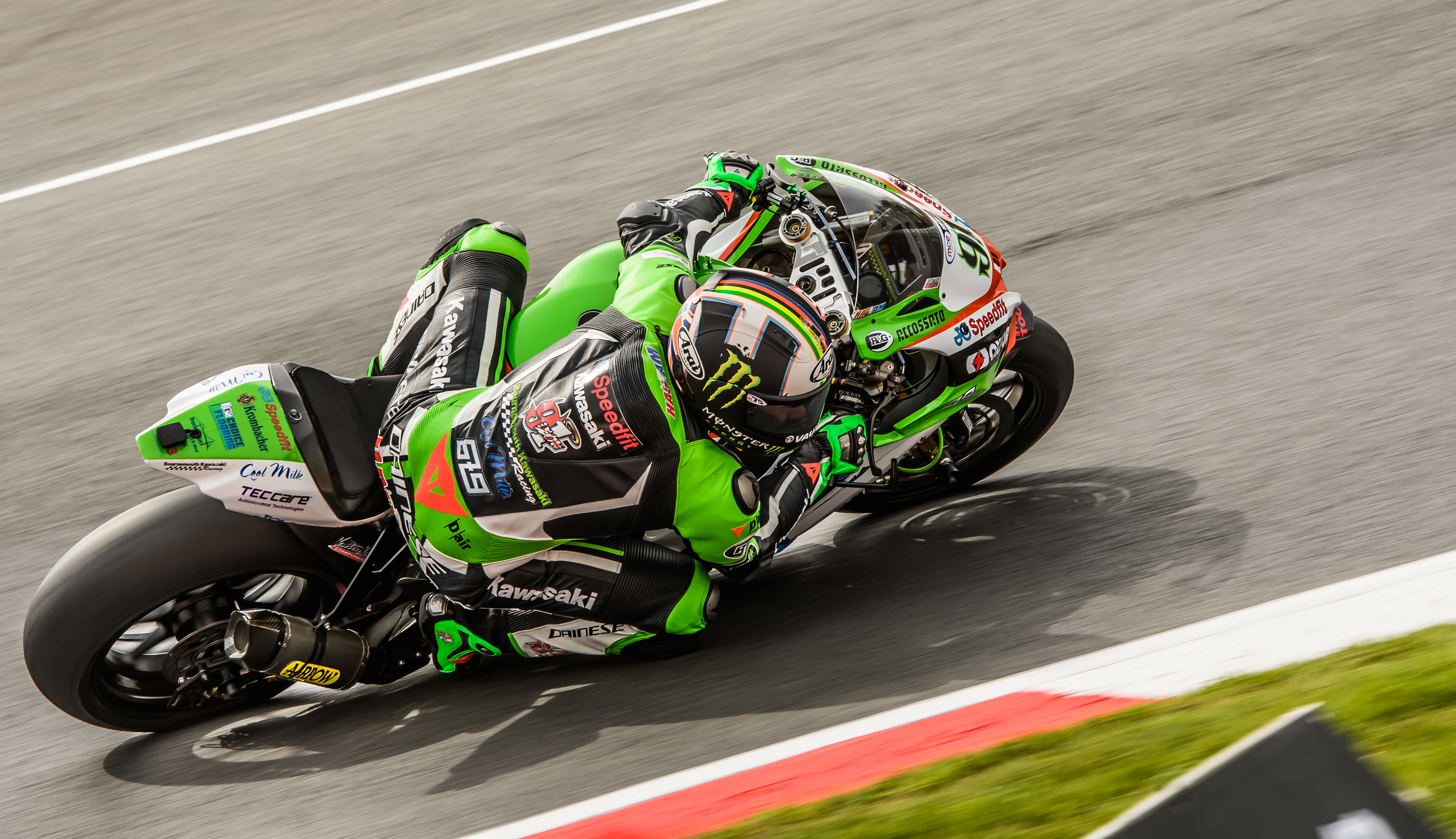 Leon Haslam took a thrilling British Superbike race victory in the first outing at Assen. The ‘Pocket Rocket’ saw off a challenge from Shane Byrne, James Ellison, Sylvain Guintoli, Josh Brookes and youngster Bradley Ray to extend his lead at the top of the championship table to 28 points.

Off the line, it was initially pole-sitter James Ellison who got the jump. Ellison pushed hard early on, using the harder SC1 compound tyre to his advantage. The McAMS Yamaha rider was quickly caught by the chasing pack, which at the time consisted of Haslam, Dan Linfoot, Bradley Ray, Christian Iddon, Sylvain Guintoli and John Hopkins.

During the race however, the cream came to the top as Shane Byrne and Josh Brookes charged through the field from 16th and 11th respectively. Whilst ‘Shakey’ caught the leaders fairly swiftly, Brookes wasn’t able to make an immediate impression, as he sat around 1.5s off the pace. Bradley Ray drifted off the leaders and was being caught by Anvil Yamaha’s Josh Brookes.

The gap between Brookes and Ray and the leaders began to shrink however, as the battling quartet out front tripped over each other. Haslam and Ellison swapped positions for the lead, allowing Guintoli to take advantage, whilst Byrne sat in 4th. Guintoli tried a move at the final chicane, running in deep before blocking off the three riders behind him. As they went four abreast down the straight, Byrne was a big beneficiary and moved to 2nd.

With just a handful of laps to go, Haslam hit the front and stayed there until the end, taking his third consecutive win – both in 2017 and at Assen, having done the double at the circuit in 2016. Shane Byrne took advantage of a hectic final lap to pip James Ellison to 2nd. Ellison himself beat Sylvain Guintoli on a mad dash to the line, with Brookes and Ray coming home 5th and 6th. Jake Dixon was 7th ahead of Peter Hickman – who came from 19th on the grid on his Smith’s BMW. American John Hopkins was 9th ahead of Jason O’Halloran in 10th. O’Halloran remains sixth in the championship, a colossal 73 points back of Haslam, making it virtually impossible to take the championship title now.

Just one second covered 2nd to 6th, whilst under three seconds covered the whole top six. Haslam did however beat Byrne by nearly two seconds, although ‘Shakey’ starts race two on pole.