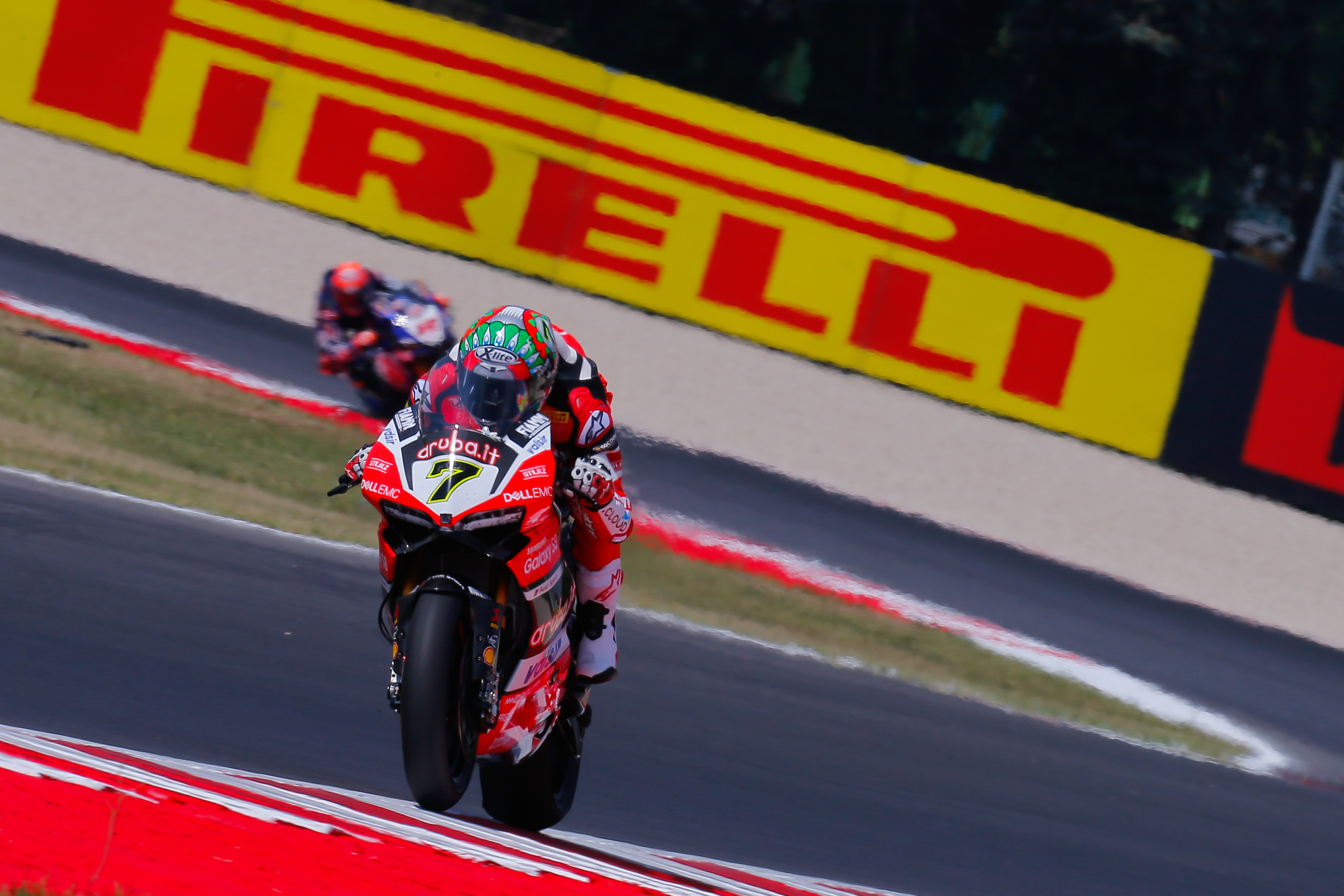 Having done the double at Magny-Cours last season, Chaz Davies is in search of second place in the championship, especially now that he realistically can’t win it. The Aruba.IT Ducati rider scored just 20 points from Portimao, having gone into the Portuguese round off the back of a double victory at the Lausitzring, Germany.

“Last year we were fast at Magny-Cours but most of all, we played two smart races. We gambled on intermediate tyres for race 1 and it paid off, then we simply looked after our tyres well in race 2. At the end of two very different races, we came out on top”, began the Welshman, who sits 15 points behind Tom Sykes in the standings.

“The track is quite good for our package but that also applies to our main rivals. In the last round we struggled a bit. However, we understood why and I expect us to be much closer in France and put up a fight”, continued Davies. Chaz needs to score 35 points more than Jonathan Rea to keep the championship alive for this season – a massive ask with just 150 points left on the board.

“The weather is always a point of contention at Magny Cours and it’s quite unpredictable: we had a bit of everything in the past, from summer days to freezing cold winter days, so there’s no real way to prepare for it. We’ll just do our homework and try get the job done on track.”

Ducati have won a total of 15 times at Magny-Cours, including the first ever World Superbike event at the circuit, back in 1991 – when Doug Polen won both races. Ducati’s last pole position at Magny Cours came in 2003, from James Toseland of the GSE Racing squad. The manufacturer’s last fastest lap came from Davide Giugliano in race two, 2012, on the Althea Ducati – teammate to Carlos Checa.