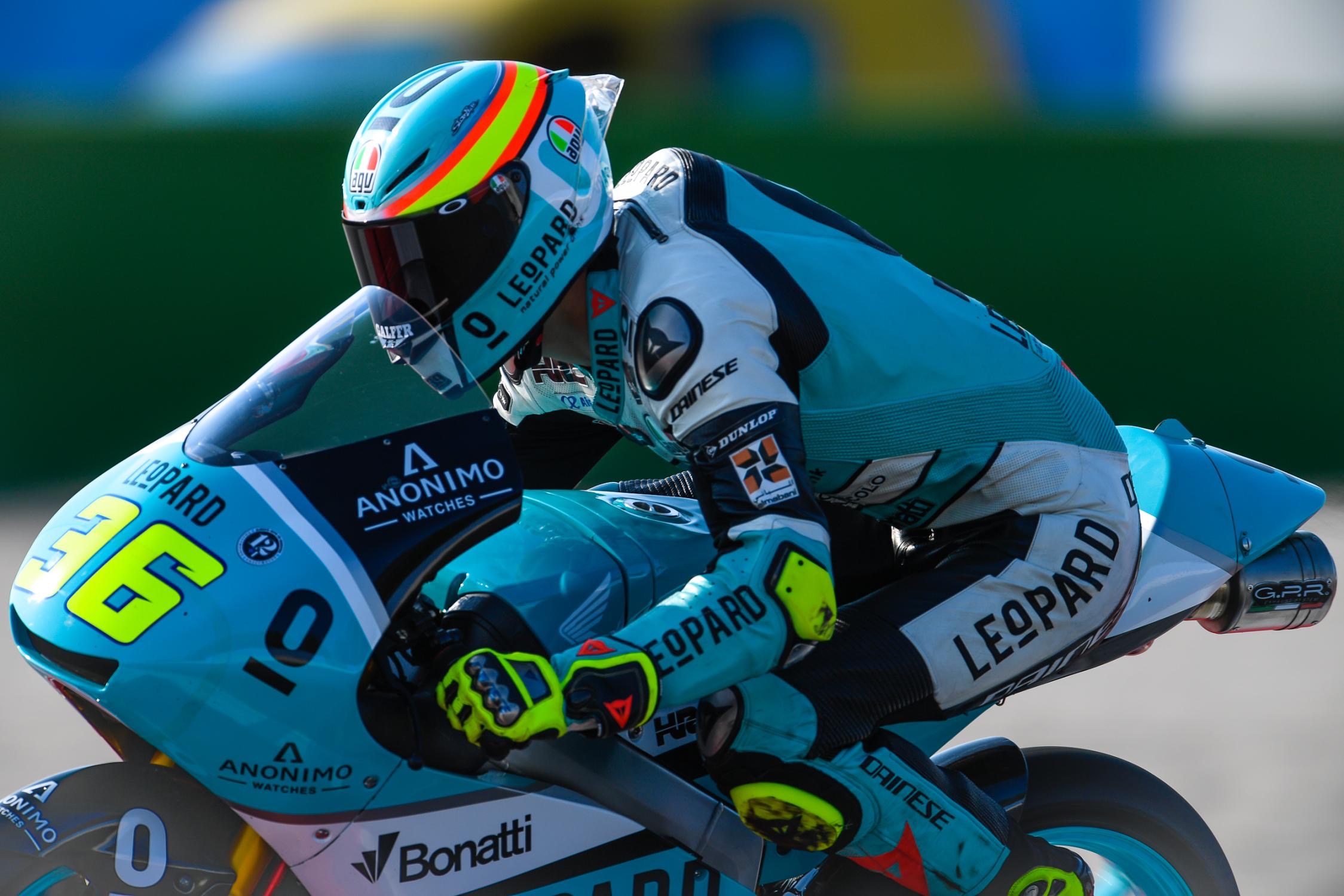 As the Moto3 youngsters descend on the Misano World Circuit Marco Simoncelli, two Spaniards head the top of the championship looking to carry on their fine 2017 form.

Leopard Racing’s Joan Mir is top of the tree and enjoys a very healthy 64 point advantage, consolidating his position as the title front runner with an important fifth at the British Grand Prix last time out. Despite the huge gap to the chasing pack, the margin is less than what Brad Binder had at this point last year (86 points) and what Danny Kent had in 2015 (70). No room for error then for the 20 year old, who is the only rider to have finished in the points at every round this season across all categories. Consistency is key for the champion elect.

Second place man in the championship and fellow Spaniard, Aron Canet, took his third victory of the season under the sunny skies of Silverstone. Henceforth, leapfrogging home favourite for this weekend, Romano Fenati, in the overall standings. The race win for Canet, who turns 18 later this month, was also just his sixth podium in the Moto3 class and there is no reason why he can’t make that seven this weekend.

As for Fenati, he’s enjoyed a positive season so far after being shown the door out of the Sky racing team VR46 mid way through last season. The Moto3 veteran will look to take back second position in the championship with a strong display in front of the ever passionate crowd in Misano.

Del Conca Gresini Moto3 Italian rider Fabio Di Giannantonio will be hoping he can woo his home supporters, as he sits fifth in the world standings and will want to try and close to gap to team mate Jorge Martin, as well as the other three ahead of him.

We finally saw the Enea Bastianini of old at Silverstone, crossing the line in second position to grab his first podium since his race win at Motegi last year. He picked up a win here in 2015, so he’ll be looking to continue his momentum and finish the year strongly.

Other people to watch out for? I could name about 15 – that’s how close the racing has been this year! John McPhee and the British Talent Cup team will be fighting at the front, whilst Mugello winner Andrea Migno and his Italian comrade Nicolo Bulega will want to do Valentino Rossi proud in his absence aboard their VR46 machines.

The Moto3 boys never fail to put on a spectacle, so what better way to start your Sunday off by watching over 30 lightweight machines go fairing to fairing.