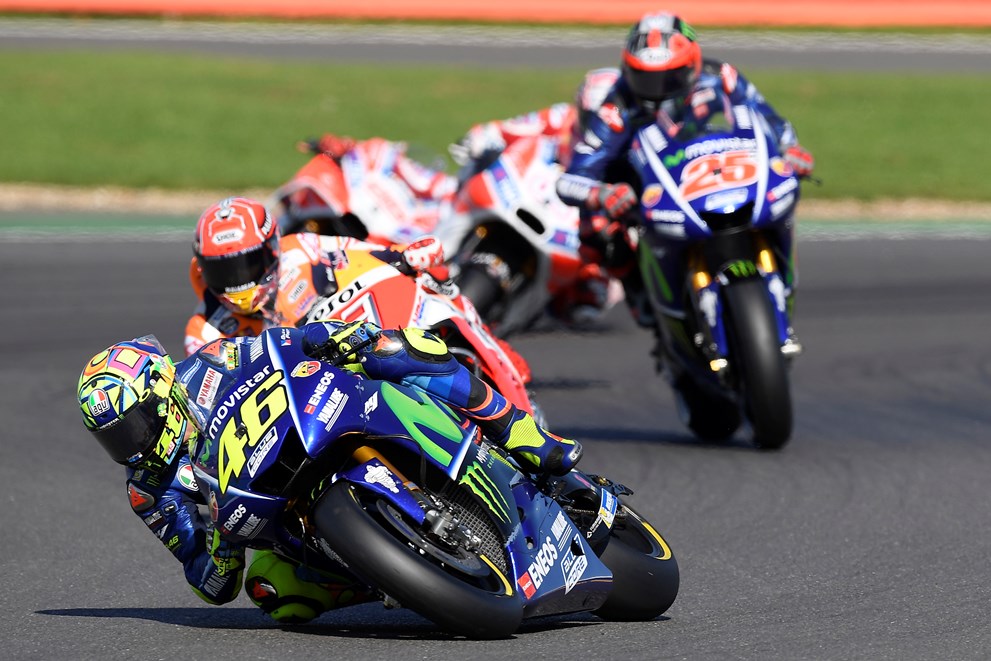 Valentino Rossi celebrated his 300th premier class start with his 190th premier class podium at Silverstone on Sunday and whilst saying it was a “good weekend”, the Italian said that he and his team “have to do better” if they stand a chance of victory.

“I‘m satisfied because it was a great race for me. I was able to ride really well after a great start and I stayed in front and rode on the limit without making mistakes, so I enjoyed it a lot for 17 laps”, began the Italian – who led the majority of the British Grand Prix.

“I think this is a good way to celebrate my 300th race in MotoGP‘s premier class. There remains a bit of frustration, because I knew on the last laps I would suffer a bit with the degradation of the rear tyre, but I think this weekend we improved a lot”, he continued.

Yamaha’s main problem has been rear tyre grip in the latter stages of races, which has so far plagued them at Jerez, Catalunya and again in Austria.

“We‘re still not at the top, we have to do better if we want to try to win, but it was a good weekend”.

Valentino closes in on the championship lead, from 33 points behind to just 26, as he heads to his home race of Misano in two weeks time. Yamaha recently completed a “successful” one-day test at the circuit.