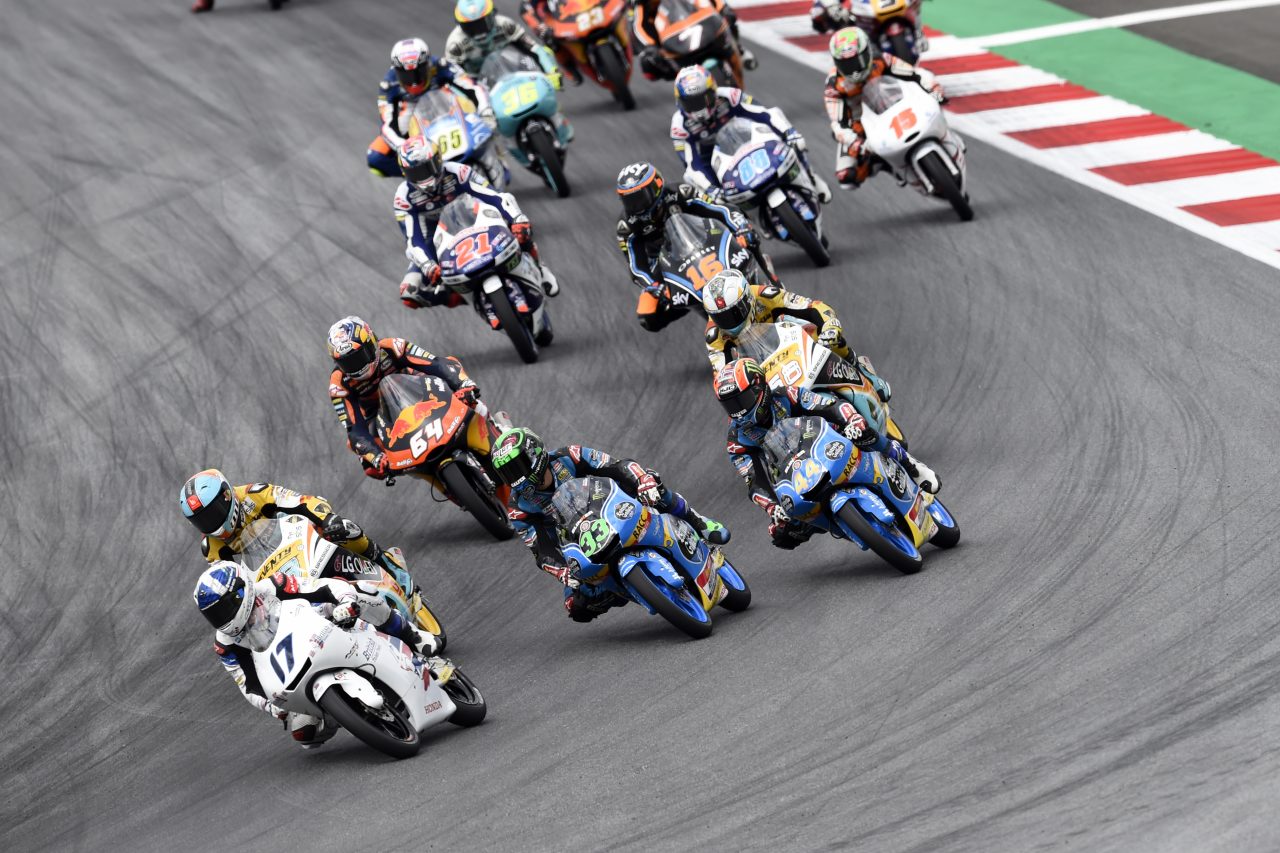 The historic Silverstone circuit plays host to the 12th round of a Moto3 championship that seems all but over, with Leopard Racing’s Joan Mir leading the rest of the field by 64 points. This is the highest leading margin in the lightweight class since Alvaro Bautista lead Mika Kallio by 69 points at this stage in 2006.

Barring a catastrophic final seven rounds, Mir looks to be well in control of this championship. His comfortable victory at the Red Bull Ring last time out was his seventh win in 11 races. The last rider to do something similar I hear you ask? None other than Valentino Rossi, who was victorious in nine of the first 11 rounds back in 1997.

Those stats alone shows just how impressive the 19 year-old has been this year and you’ll be kidding yourself if you think his fine form won’t continue on British soil. Last year, Mir crossed the line in ninth place at Silverstone after starting fifth. If normal service resumes, we can expect a result that consolidates his mammoth title lead this time round.

Realistically, despite a sizeable chunk of the season to go, the likes of Romano Fenati (Marinelli Rivacold Snipers Honda), Aron Canet (Estrella Galicia 0,0) and the walking wounded Jorge Martin (Del Conca Gresini Moto3) will battle it out to be best of the rest.

Second in the championship Fenati failed to keep the pressure on Mir in Austria as he came home in a disappointing 13th place, his equal worst finishing result of the season so far (his other coming at his home round, Mugello).

The Italian has a Spaniard close for company as Canet continues to impress, he crossed the line in a solid fifth position at the red Bull Ring. Canet will go well this weekend, having finished eighth last year and has since gained plenty of experience at the ripe old age of just 17. One of the paddock’s best upcoming talents, be sure to watch out for him.

The spotlight will be on Scotland’s finest John McPhee, as he and the British Talent Cup Team will look to entertain their home crowd for the first time together. The ever popular Brit will have the backing from pretty much every spectator all weekend and after a positive season, he’ll be right up there battling for the podium come race day.

Replicating his victory at Brno last season will be his aim, his only win in Moto3 to date. The experienced lightweight class rider will thrive on the home support as he goes in search of his fourth podium of the season.

A big shout out to City Lifting/RS Racing duo Thomas Booth-Amos and Jake Archer too, as they make their grand prix debuts this weekend as wildcards. Be sure to back them all weekend from the grandstands. They’ve so far dominated the British Motostar championship on their Ryan Saxelby prepared KTMs.

As usual, the Moto3 class never disappoints on race day. A gaggle of riders will be battling it out for the lead right up to Luffield and Woodcote. Will Mir extend his championship lead, or can the chasing pack claw something back? Do not miss a moment of action.