Here we go, four more hours but I can’t see much changing except for the odd driver and the weather.

This session can be described in one word, dusty! They can’t push the cars and are having to short shift and are actually off the throttle at some points on the track.

Coming up to the three hour remaining mark and very little has changed, we’re waiting on the first appearance of the seven time World Drivers Champion Lewis Hamilton

Will they refer to him as Sir Lewis?

First sight of Carlos Sainz in his new Ferrari, it’s a big year for the young Spaniard.

Three hours and two minutes and the World Champion joins the track for the first time and looks straight on it power sliding his way around the track. Times are still down on Ricardos best set earlier today in the morning session, laps are around four to five seconds slower.

Verstappen goes fastest on a 1:31.4O on the hard tyre After completing 80 laps.

Drivers seem to be finding some grip now as Max remains out gaining valuable data for the team.

Tsunoda has impressed on his first outing in the AlphaTauri it’s a little odd seeing the number 22 and not having Jenson Button driving behind the wheel.

With 1 hour 37 minutes left on the clock Lewis and the Mercedes seem to be getting into their stride with a lap still a full 1.5 seconds behind the pace set by Verstappen.

55 minutes to go and Verstappen puts in a flier 1:30.6 and has completed 113 laps just as Carlos Sainz spins his Ferrari.

Hamilton getting the laps in, still off the pace but getting valuable data and obviously we don’t know his fuel levels.

Lando Norris is comfortably third on the timing sheets behind Ocon and Verstappen. The McLaren looks very happy with its new Mercedes engine.

24 minutes to go and Lando posts a faster lap taking him into second place overall. McLaren have had a solid first day of testing.

Lance stroll posts an impressive 1:31.7 and moves up to fourth in the over all rankings.

Hamilton is out lapping in his Mercedes, but he is seriously lacking in traction, spectacular to watch but he’s not improving his times.

Under five minutes to go and the virtual safety card has been deployed, and that brings the session to an end.

The first day of testing is always an exciting event for Formula 1 fans but this year with Covid still affecting global sports we kick of in Bahrain instead of what has become the usual annual pilgrimage to Barcelona.

What’s different? Well the big difference other than location is this year we have just three days of testing instead of the usual six.

It’s an early 7am start for us in Europe, first things first as Haas officially launch their 2020 challenger.

Flo fizz and aero rakes at the ready and off we go, for the first four hour session.

First shock of the day, Mercedes has a gearbox issues and Valtteri Bottas has missed over 100km plus of valuable testing time. With sands storms threatening every valuable minute needs to be taken advantage of.

The first couple of hours, how we’ve missed the sounds of Formula 1.

Early form Daniel Ricciardo is setting the pace in his McLaren Mercedes with Max Verstappen Red Bull Honda just behind and Pierre Gasly AlphaTauri with the third fastest time.

The Ferrari in the hands of Charles Leclerc in fourth seems to have made up some of the lost time from last years challenger.

Into the second half of the morning stint and Gasly is now on top of the timing sheets with a 1:32.5

Ricardo straight back out onto track and posts an even faster lap taking three tenths of Gaslys time. Still no sign of Bottas in his Mercedes.

It’s fantastic to see that Micks Schumacher’s three letter code is MSC and not SCH A nice nod to his dad who of course was MSC as he raced alongside his brother Ralf Schumacher.

On the plus side the new liveries look resplendent in the sunshine. Personal opinion but the Alpine, Aston Martin and dare I say Haas are my favourites.

Roy Nissany driving the Williams has a green light on the back of his car indicating that he’s not got his super license points, I had to fact check this with my colleagues at Crow Towers. James Matthews pointed out that L plates wouldn’t stay attached to a F1 car at speed! He’s here all week.

Bottas is finally out in his Mercedes and is running almost five seconds off the pace with a large Aero rack on the back of the car.

The top three with under 30 minutes to go are Daniel Ricardo Pierre Gasly and Max Verstappen.

Ten minutes to go and Charles Leclerc has stopped at turn four with what sounds like an engine miss fire, bringing out the red flag. After initially impressing the Ferrari isn’t looking on top of things, early days though. 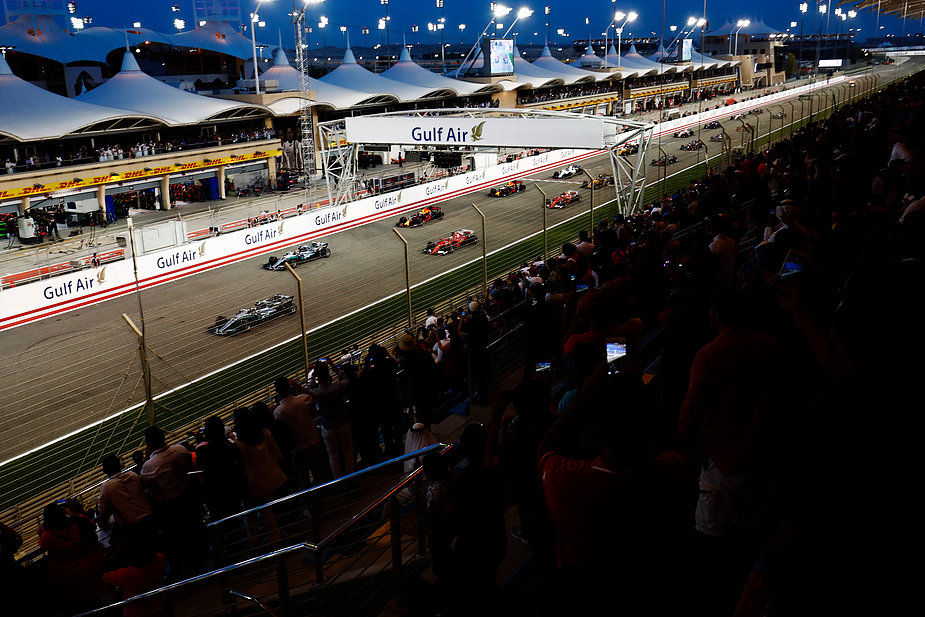