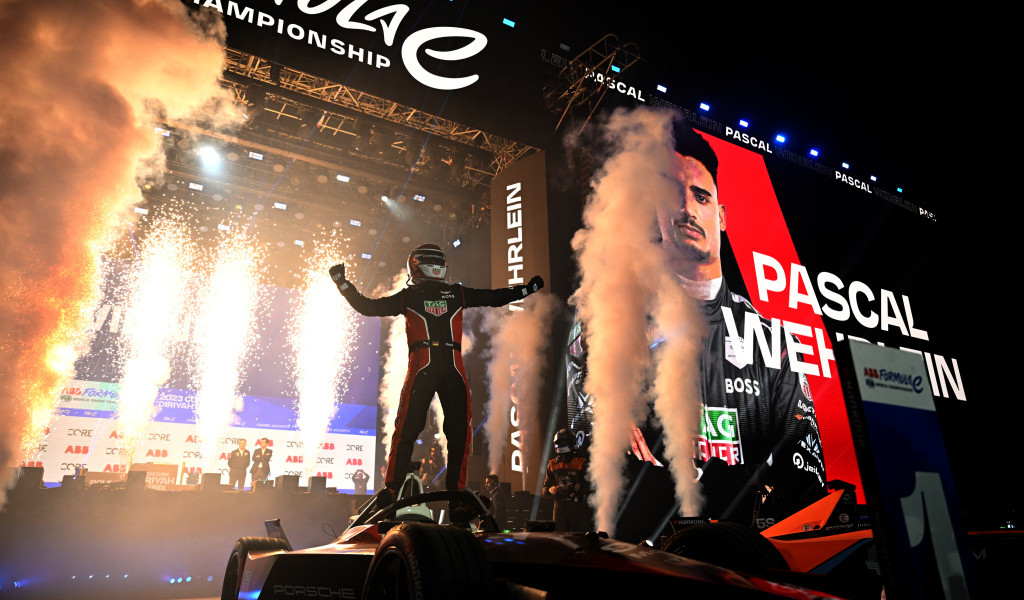 This session started with Jake Hughes, Sebastian Buemi, Stoffel Vandoorne and Jake Dennis getting through from Group A. Both Nio cars of Dan Ticktum and Sergio Sette Camara got knocked out which came as a shock given their past history of qualifying. Pascal Wehrlein, Rene Rast, Eduardo Mortara and Mitch Evans went through from Group B.

Vandoorne and Buemi went head to head for the first quarter final with the reigning world champion being knocked out of the duels by Buemi.

It was Jake Hughes VS Jake Dennis for the second quarter final of the day with Hughes having the advantage over Dennis to win the battle.

Wehrlein and Rast went against each other for the third quarter final which saw Rast take a surprise victory over the German.

Mortara and Evans lined up for the final quarter final of the weekend with Evans just taking victory.

Buemi and Hughes had deja vu as they went head to head for the second time this weekend. However, Hughes got his revenge from yesterday with him getting victory over the world champion.

Evans and Rast went head to head for the final semi final of the weekend with Evans catching Rast after an early lead from the McLaren driver. Evans went through to the finals.

It was Hughes vs Evans for the final duel of the weekend with Hughes taking victory and taking his first pole in his third race of his Formula E career.

We went racing in Diriyah and Evans made the most of the situation. He overtook Hughes into turn 1 and maintained the lead throughout the early laps. By lap 9, Evans went for an early 3 minute attack mode. Hughes responded to this by taking attack mode on the next lap but only for 2 minutes. This risk did not pay off early on, however, as he came out behind Evans. Rast then goes for the attack and manages to stay ahead. Wehrlein went on a charge after starting P5 and got up to P3 by lap 12 with 3% more energy than his counterparts in the grid.  It only took him until the next lap to get Evans for P2.

Further down the field, on lap 21, Dennis got Mortara as he also made a charge through the field. Things went from bad to worse for Mortara as Bird also got him. Within the next few laps, Dennis continued his charge as by lap 24, he gets up to P2 with him wanting to charge down Wehrlein. On lap 27, Muller hit the wall in the chicane and that brought out the safety car. It neutralised the race which helped the top few drivers. By lap 31, the safety car came in and the top 3 were pushing from that moment on. Lap 33 saw Dennis, Bird and Evans all go for attack mode but the McLarens got in between them. Bird was going to attack Rast but he went wide into turn 18 and Rast managed to keep P3. On the last lap, Evans and Hughes were both fighting but Hughes ran out of energy on the line. However, Evans pushed him and Buemi managed to overtake Evans due to Hughes holding him up.

Wehrlein took the win in Diriyah to make it a double header, double win. Dennis made it 2 for 2 for P2 in Saudi Arabia with Rast taking McLaren’s first podium in Formula E.  Bird finished P4 ahead of Hughes and Buemi in P5 and P6. Evans finished P7 with Fenestraz taking their first points in Formula E. Mortara picked up Maserati’s first points of the season in P9 and Ticktum picked up the final points paying position in P10.

Sam Bird and Jaguar TCS Racing sign a new contract extension ahead of the first race of Season 8.

Season 8 may not have begun, but Sam Bird has already secured his future with Jaguar TCS racing by signing a multi-year contract extension.

The team and driver pairing enjoyed a successful season 7, their first year together, with Bird taking two race wins in Diriyah and New York. He also enjoyed a further podium finish in Rome. These results, alongside the efforts of his teammate Mitch Evans, helped the team to secure 2nd in the championship.

It was undoubtedly a successful first season together and this contract extension shows that Jaguar is confident Bird is the right man to continue this success. It will provide a huge boost to all parties so close to the first race of Season 8.

The exact length of the contract has not been confirmed, however it means that Sam Bird will enter the new Gen3 era, in Season 9, as a Jaguar driver.

He added that “The whole team is determined, focussed and ready to get results and that’s exactly who I want to be working with. Now it’s time to get season eight underway and ensure we put all our off-season practice and learnings into action to score as many points as possible.”

This sentiment was echoed by the Team Principle of Jaguar TCS Racing, James Barclay. “It is a really positive start to Season 8 as we confirm Sam Bird will continue his electric racing career with Jaguar TCS Racing after a great first season with the team. Sam’s results from last year demonstrate he fits in extremely well here at Jaguar TCS Racing, shares our goals and is very much part of the family.” 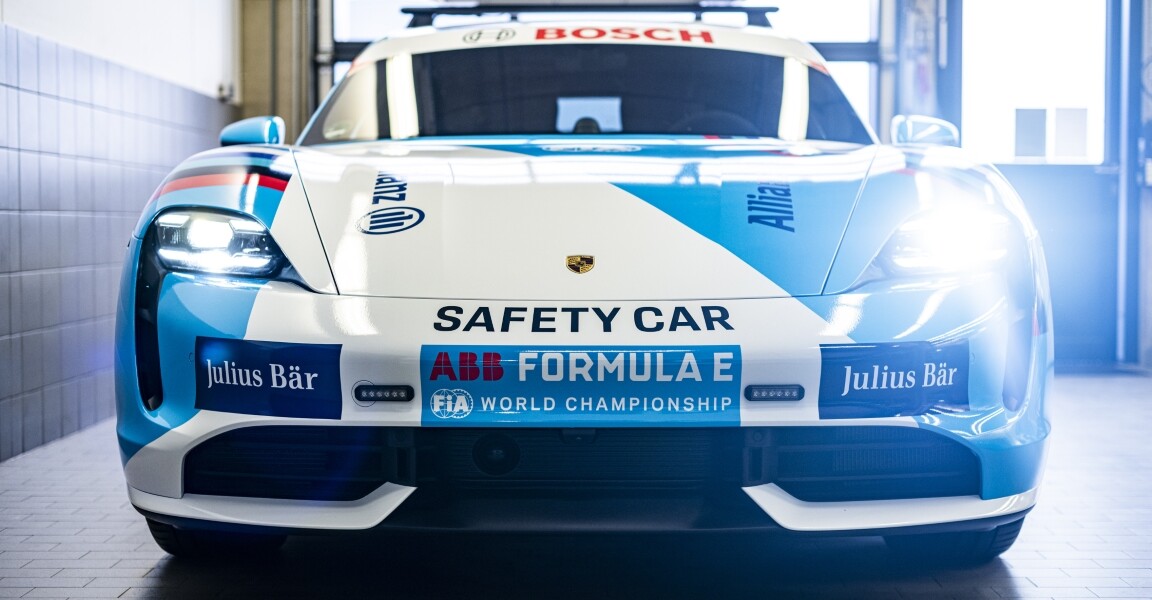 The all-electric Porsche Taycan will be the new Formula E safety car, launching at the first race of Season 8.

Shortly ahead of the first race of Season 8, Formula E has launched their new safety car. The Porsche Taycan is the first fully electric sports car made by Porsche.

Under the striking and colourful paint job, designed to represent all current Formula E teams, is 560kW of power, allowing the machine to reach top speeds of up to 260kh/h.

The aim is for this vehicle to highlight the “social values such as diversity and community” of all teams, as well as paying homage to the commitment of all 22 drivers.

Vice President of Porsche Motorsport, Thomas Laudenbach, commented that “The distinctive design illustrates our commitment to the successful future of this innovative racing series. Although we’re rivals out on the track, we’re spreading this message to the world together. What’s more, we hope that this also enables us to appeal to a younger target audience who are not yet motorsport fans.”

Jamie Reigle, Formula E’s CEO added that “In designing the Formula E Safety Car, Porsche reimagined the critical on-track safety function to be a powerful symbol of the championship’s commitment to an electrified future and the unity of the competitors in the ABB FIA Formula E World Championship.”