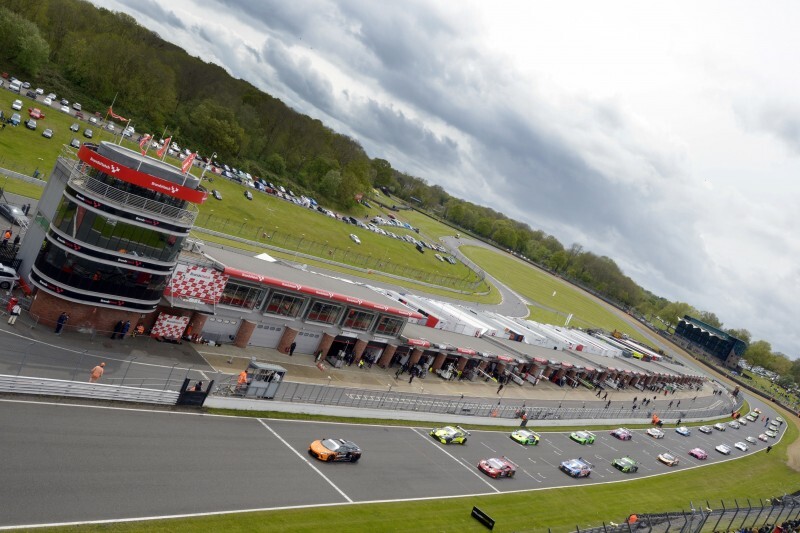 Michael Igoe and Phil Keen started their season with the victory as fans were welcomed back to the British GT Championship for the first time in over a year.

The series returned with another revised calendar following the impacts of the COVID 19 pandemic, with the traditional Easter opener at Oulton Park not scheduled until the penultimate weekend of the season.

The WPI Lamborghini duo of Igoe and Keen dominated at Brands Hatch to take the lead of the GT3 and overall lead of the series at this early stage.

Beachdean Aston Martin duo Andrew Howard and Jonny Adam were second having started on pole ahead of Barwell’s Lamborghini driven by Leo Machitski and Dennis Lind, who kept Adam more than honest for large parts of the race.

Defending champions Pro-Am Yelmer Buurman and Iain Loggie were fourth in RAM Racing’s Mercedes ahead of Richard and Sam Neary, who topped the Bronze-Am class.

Gus Burton and Will Burns picked up the GT4 spoils after Charlie Robertson hit strife late on to give perennial challengers Century Motorsport victory in the BMW M4, Century helping themselves to a 1-2 finish courtesy of Pro-Am class winners Chris Salked and Andrew Gordon-Colebrooke.

Burton and Burns had led the first stint, but being a Silver Crew instead of a Pro-Am pairing they had an extra 20s added to their pit stop time, which ended any chance of them leading after the stops when the second safety car period bunched the field up.

Burton picked his way through the field in the competitive BMW and was given a huge slice of luck when the leading Ginetta had to pit.

Salkeld was himself involved in one of the early Safety Car incidents, contact with a Toyota terminally ending Scott McKenna’s and John Ferguson’s race.

The result means that Century take an already significant lead in the GT4 teams championship, 42 points clear of any other team after the opening weekend of 2021.

Next up, the championship heads to Silverstone in 5 weeks time to take on the crown jewel of the British GT season, the 3-hour Silverstone 500 race.

*Image courtesy of Dan Buckel, via the British GT Gallery