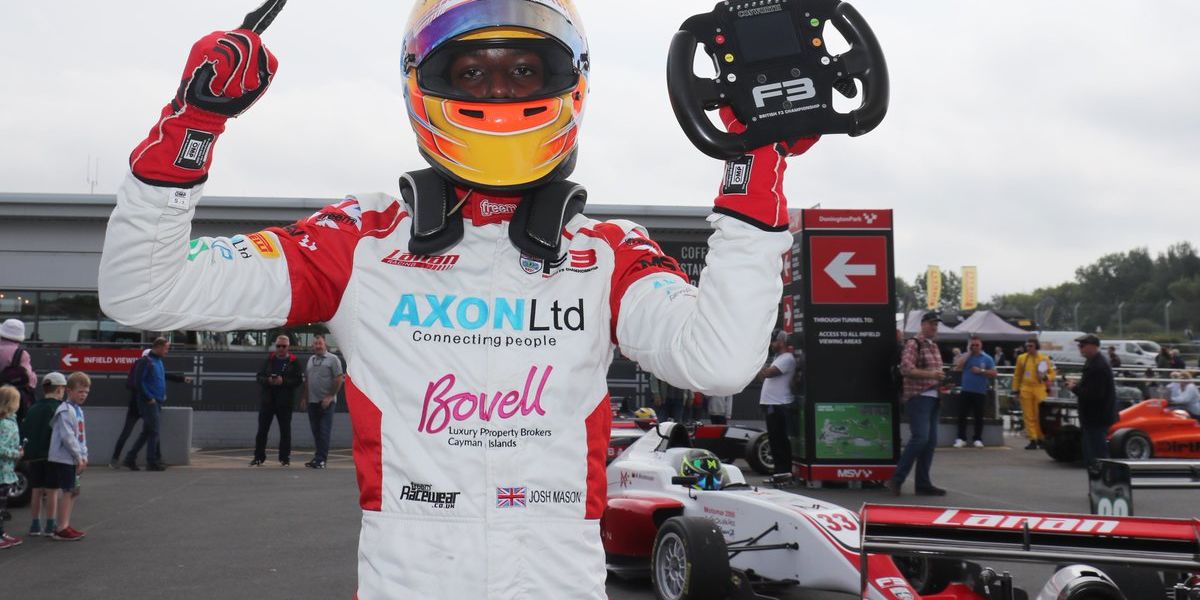 Lanan Racing’s Josh Mason won the second British F3 race of the weekend to take his second career victory in the series.

After winning the same race behind the Safety Car at Silverstone last year, Mason calmly picked off Pavan Ravishankar and Kris Wright ahead of him to take a memorable victory at Donington Park.

Ravishankar had initially led away from pole position as Wright once again made a false start to compromise himself as the lights went out. The American would go on to receive a 10s penalty.

Manuel Maldonado took third place for Fortec Motorsport while Championship leader Clement Novalak claimed fourth place from eleventh on the grid to claim valuable overtaking points that are on offer in Race Two.

Three podium finishers from yesterday’s first race all found it much tougher going on Sunday morning.

Kiern Jewiss and Kaylen Frederick came to blows at the first corner, with Ferederick retiring and Jewiss fortunate to require only a front wing change, with the incident forcing Ayrton Simmons, second yesterday, to take to the gravel to avoid further traffic with Johnathan Hoggard also compromised.

That incident brought about the Safety Car, and it was after that period that the decision move for the win came about, as Ravishankar locked up and ran well wide at Redgate and Mason slipped through on the inside.

Mason would never relinquish the lead, but it got worse for yesterday’s race-winner, as suspected contact with Simmons at the Old Hairpin forced Hoggard off into the gravel and out of the race with three laps to go.

Nazim Azman was running third for much of the race, but ran wide on two occasions to drop back to eleventh, with Lucas Petersson ending the race twelfth.