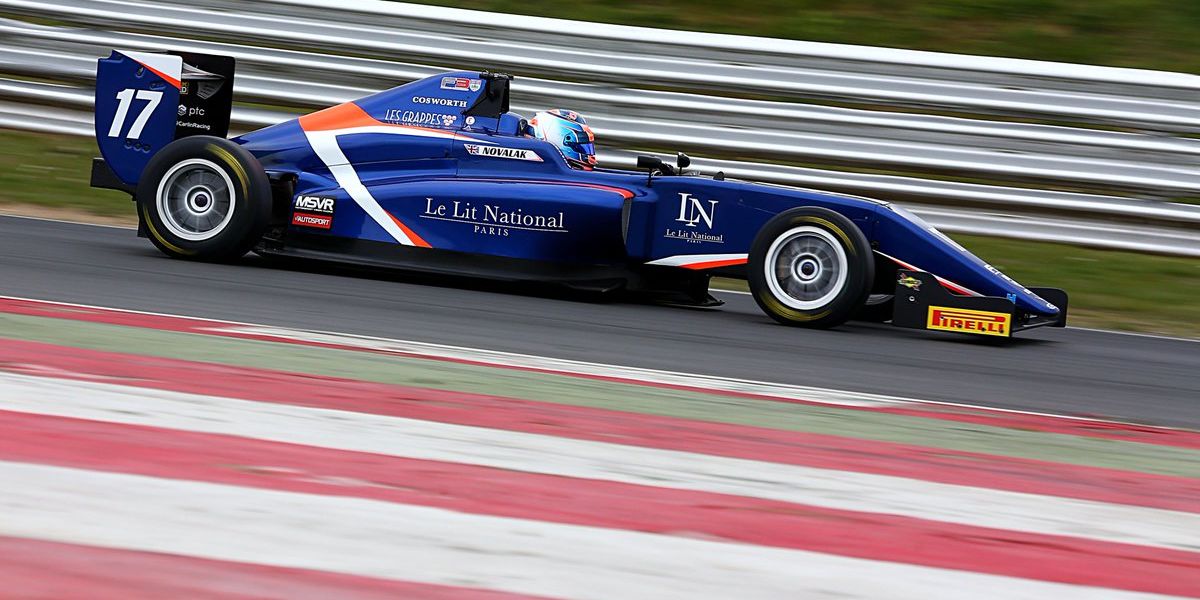 Clement Novalak felt that he extracted the maximum from his Carlin British F3 package after finishing second in the first race of the weekend at Snetterton on Saturday.

Novalak had started pole but wasn’t entirely happy with the feel of his car and lost the lead to Johnathan Hoggard midway through the race.

“I am still pretty happy with P2 considering the pace we had. Obviously it is a little disappointing to lose the lead on a mistake rather than a normal overtake.

“I’ve been struggling with the brakes, but I’d rather finish P2 than have a crash or an off. The more points we can take, the better and P2 is the best we could have done today on the pace we had.”

Despite not being comfortable on Saturday, Novalak insists that there are positives to be had from the result in Race One.

“It’s a definite positive that there’s more to come and it shows how much potential we have and that when we maximise our potential we’ll be a force.”

“It’s about consistency, Johnathan has been really consistent as well but that’s what will make you a winner at the end of the year, if you’re consistent every race. We were P2 today and if we can salvage some points in the reverse grid race tomorrow and then from P5 we can get a podium in Race Three.”

For Sunday morning’s Race Two, where the entire finishing order from Race One is reversed with points awarded for overtaking, the young Brit is confident that he can gain places, and points.

“You can definitely overtake easier here a lot easier than Oulton Park, there’s a lot of long straights even if there tends to be fast corners just before braking points so that makes it slightly harder. You probably have to come from a longer way back, all in all it should be fun tomorrow.”