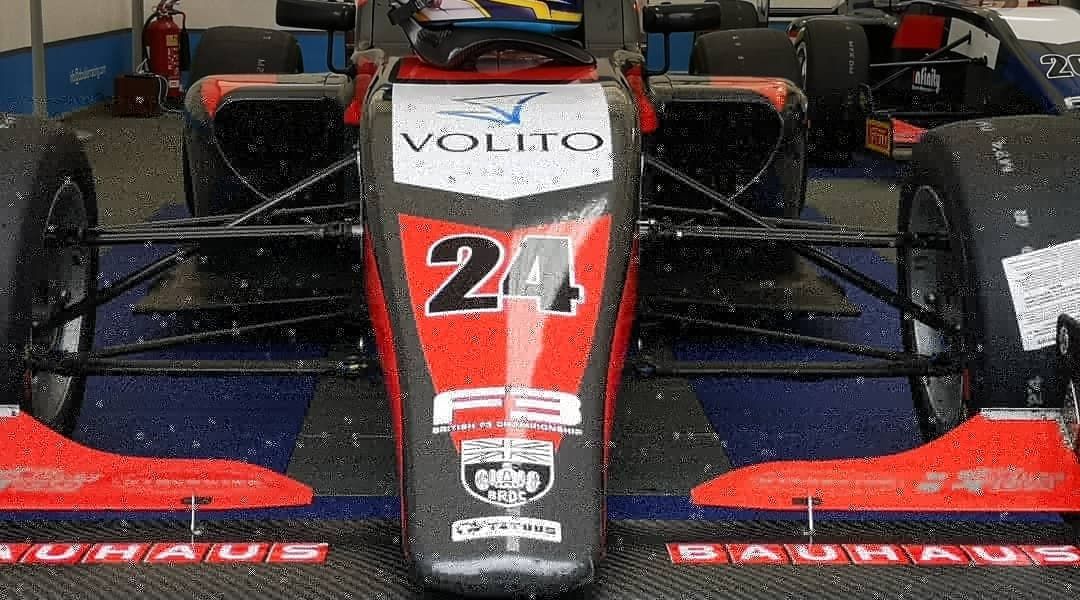 Hampus Ericsson took a hard-fought Race Three victory to kick-start his British F3 season in a tightly contested final outing of the weekend.

Ericsson led home Clement Novalak, who himself completed a solid weekend for Carlin Motorsport while teammate Kaylen Frederick completed the podium, holding off the hard charging Ayrton Simmons as the top four cars were covered by two seconds on the road.

Early Championship contender Johnathan Hoggard’s race ended early with a crash at the start of the race, with the man from Lincolnshire having started from pole position and previously targeting the Championship lead pre-race.

For Hoggard however, a great weekend was soured somewhat on the first lap when he and Verhagen battled into the Wilson’s hairpin to collide and in the process take Jewiss out of the race with them.

All three retired on the spot, with the drivers appearing to disagree as to the cause of the incident.

Manuel Maldonado was a solid fifth place to finish his weekend with some form of a flourish ahead of Nazim Azman, with Ulysse De Pauw seventh to turn around a previously wretched weekend.

Benjamin Pedersen had to make yet another recovery drive to finish eight, Josh Mason picked up his best finish of the season with ninth place and Kris Wright completed the top ten for the first time this season.

The incident between Verhagen, Hoggard and Jewiss is being investigated after the race.