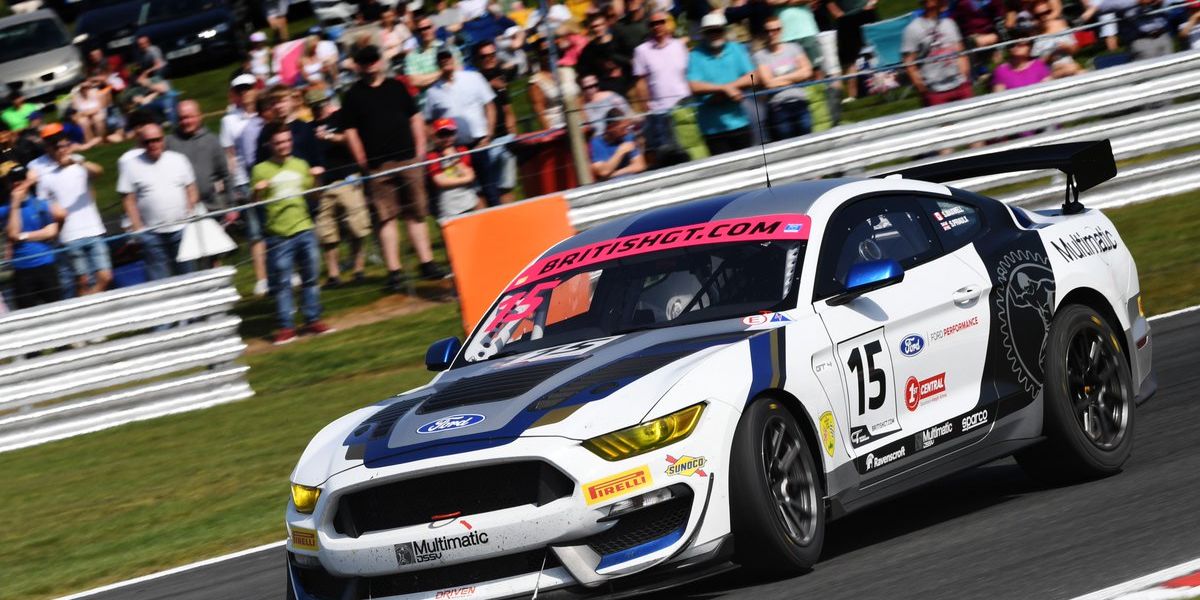 Multimatic Motorsport made it pole positions in successive weekends as Scott Maxwell impressed once again at a previously never-before-seen Snetterton circuit.

The Canadian wasn’t quite as dominant as at Oulton Park, where the Mustangs were a second clear of the field, as he gained pole position by just over a tenth from Richard Williams in the new Steller Performance Audi and Josh Price’s TF Sport Aston Martin in third.

Luke Williams will line up seventh in the other HHC McLaren for Race One, with the top seven cars covered by less than half a second.

Lewis Proctor will start eighth on Sunday morning in the second Tolman Motorsport McLaren ahead of local driver Mark Murfitt in the Fox Mercedes, with Aladair MacKinnon rounding off the top ten.

In GT4 Pro qualifying, the margins were just as tight throughout the field as top 12 drivers were separated by merely eight tenths of a second.

Tom Canning in the TF Sport Aston Martin was second, just a tenth away from pole and having looked for most of the session like the man to beat.

Dean Macdonald was third after winning at Oulton Park last time out, with Jordan Collard fourth and Dino Zamparelli debuting the new GT4 Porsche in fifth.

Michael O’Brien lines up in sixth for Tolman Motorsport on Sunday afternoon ahead of Michael Broadhurst in the Fox Mercedes AMG.