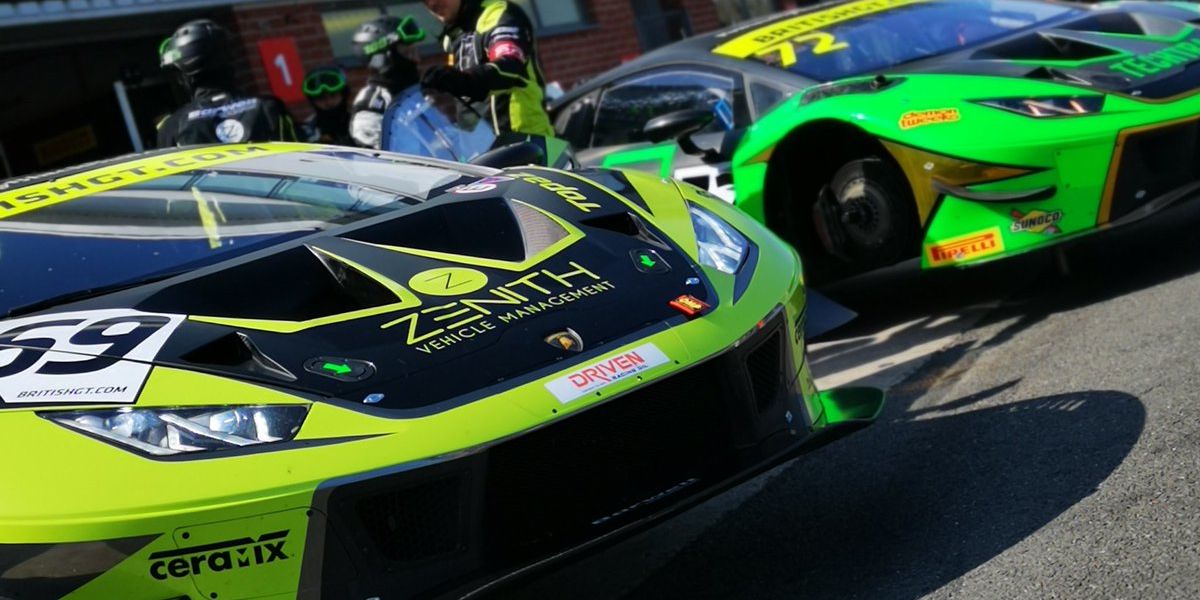 De Haan passed Abba Racing’s Richard Neary late on after applying enormous pressure on the Mercedes, who gamely hung on for long periods.

The quick Iain Loggie and Callum Macleod RAM Racing Mercedes entry was seventh after an eventful race, the former having adventures and running wide at Cascades when running third. Race One winners Seb Morris and Rick Parfitt Junior in the #31 JRM Bentley were tenth in GT3 after late contact dropped the 2017 Champions down the order, while a frustrated Nicki Thiim and Mark Farmer retired to bring about the Safety Car just after GT3 pit stops.

Keen made much of the early running for Barwell Motorsport in a first stint punctuated by an early Safety Car as a result of a GT4 Mercedes beaching itself in the gravel at Cascades.

The Reading-based driver again made hay by pulling out a four-second lead before being held up in the now customary British GT pitlane chaos, with Neary the winner of the pitlane battles.

Thiim had climbed to fifth for Aston Martin before Farmer, who spun in Race One, repeated the trick while battling with Iain Loggie at Island Bend.

De Haan then set about Neary in relentless fashion, hustling and harrying the Mercedes before finally prising the door open at Hislop’s, the bottleneck ensuring that Howard passed Balon for fourth before Loggie’s off.