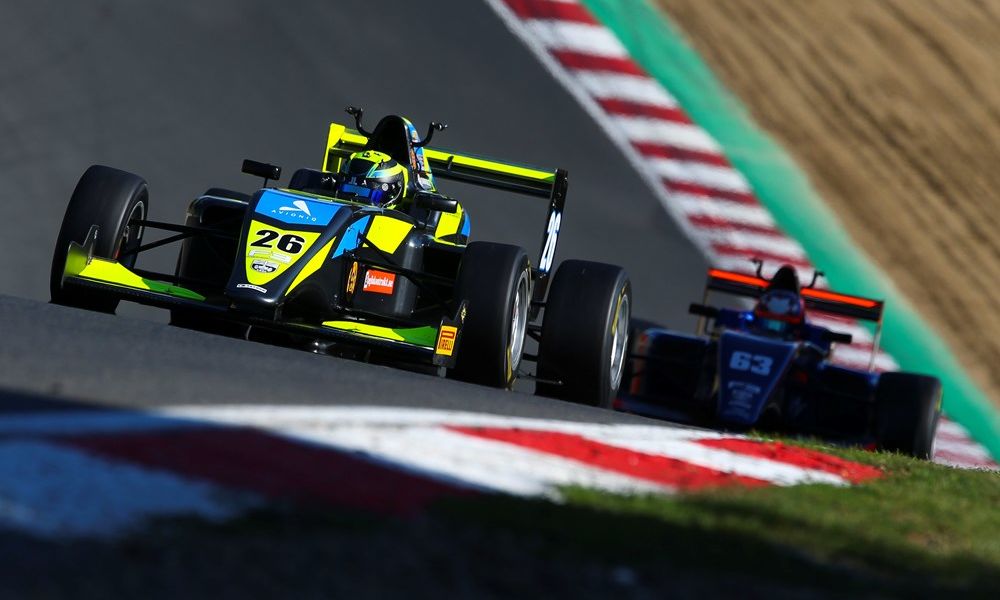 A topsy-turvy start saw Kush Maini set the initial pace before Billy Monger and Tom Gamble took their turns at the top of the standings at the early stages of the session.

Lundqvist and Double R flexed their muscles from the middle of the session, and the Swede proved difficult to usurp from top spot.

Monger would later set two purple sectors before losing three seconds in the final sector on his way to second for Carlin Racing, with Gamble eventually third ahead of Kjaergaard.

Kjaergaard – who needs to put together a near-perfect weekend to steal the championship from Lundqvist – struggled all session and languished for much of the session in the lower reaches of the top 10.

Lundqvist has a 50 point lead over Kjaergaard with just three races remaining.

Clement Novolak will start fifth on his return from injury ahead of Manuel Maldonado. Ayrton Simmons goes from seventh with Krish Mahadik, Hampus Ericsson and Jamie Chadwick completing the top ten.