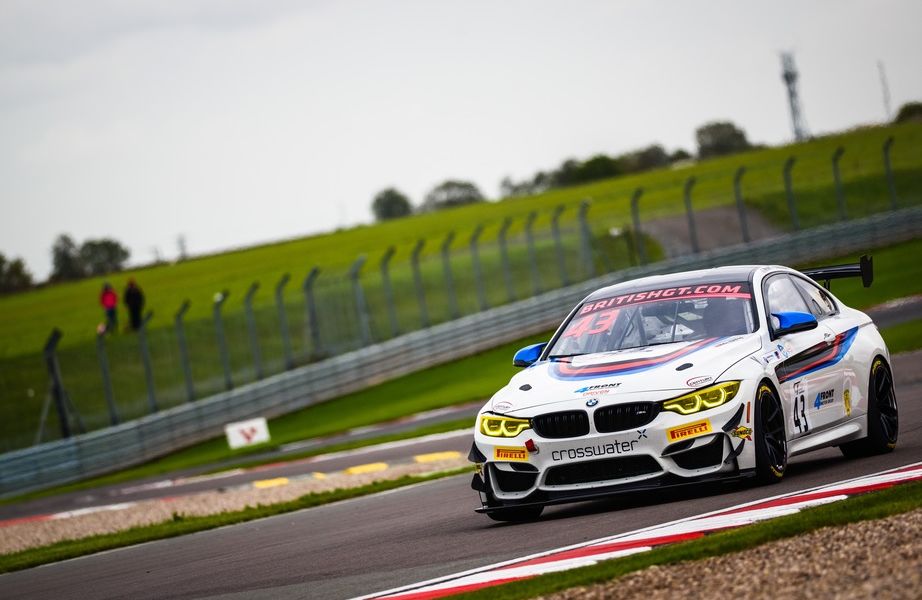 Jack Mitchell was crowned British GT4 champion after a nail-biting finale at the Donington Decider.

Along with Dean MacDonald, eighth place meant he beat Century Motorsport BMW teammates Ben Green and Ben Tuck, who were fifth, by a single point, and with the Tolman McLaren duo of Michael O’Brien a further point behind after a second place finish.

Finlay Hutchison and Daniel McKay took Equipe Verschuur McLaren’s first victory of the British GT season after plenty of near misses in 2018, with Tolman’s Joe Osborne and David Pattison completing an all McLaren 570s podium.

HHC’s Patrik Matthiesen suffered early trouble when he went off on the first lap and had to pit to clear his car of grass and debris, but that was one of few flashpoints in the GT4 class in the early throes of the race.

A serene opening stint was brought to life when the Academy Motorsport Aston Martin of Tom Wood suffered an engine failure and dropped oil all over the circuit, meaning that McKay took a detour at Redgate when he lost grip.

That brought the safety car out for the only time in the race, shortly before pitstops.

Pit stops were to prove a key part of this race, as the #4 McLaren gained plenty to climb to second while the lead, while both Century Motorsport BMWs now driven by Tuck and Mitchell were among those to be given a 10s stop/go as a result of pit infringements.

Tuck was able to recover to fifth after leaving the pits seventh, while Mitchell was ninth at after his penalty. He managed to pass the Invictus Jaguar of Jsson Wolfe to secure the title by a solitary point.