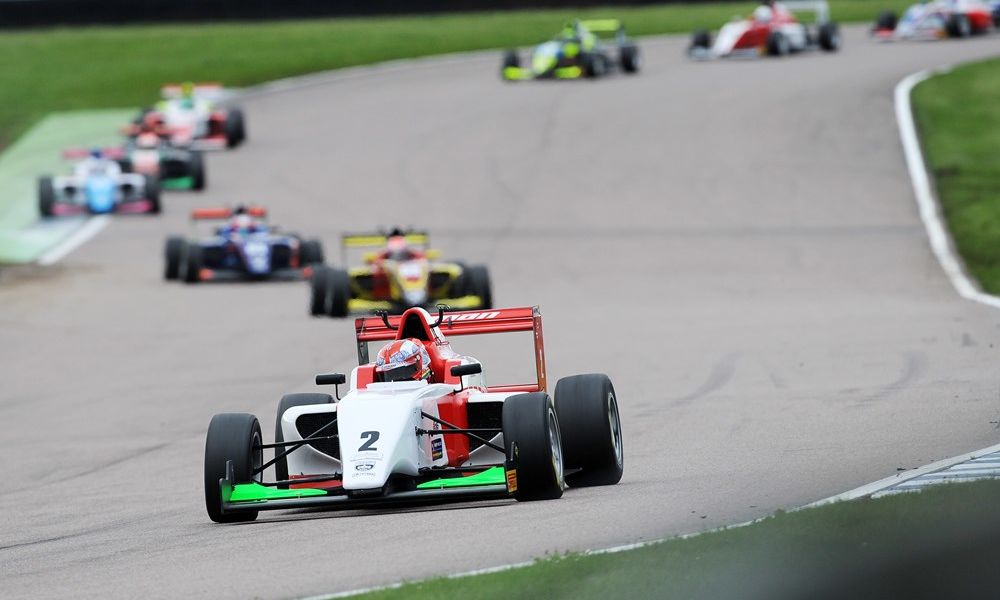 Lanan’s Kush Maini insists that he remains focused after conceding that winning the British F3 championship is unlikely.

Maini trails leader Linus Lundqvist by over 140 points with nine rounds left, starting at the Brands Hatch GP circuit, but says that the motivation is still there.

“You always want to go out and do your best. Nicolai (Kjaergaard, second in the standings) also had a bad weekend at Spa and he’s in range.

“So after all the bad luck to be in that position I am pretty happy. I just have to keep pushing and we’ll try and get him.”

This is the first tie that the 17-year-old Indian has ever been on the Grand Prix circuit, but he isn’t fazed by his lack of track experience.

“Even the Indy Circuit is not a straightforward track, and this is my first time on the GP circuit and I’m sure that will not be easy either. It’s the same for all of us that haven’t been here though. You just need to go in and get a rhythm and debrief afterwards to see what we can change.

“I spend a lot of time at iZone simulators, so I know roughly where to go and what lines to take. Every time you jump in for real it is always a little different, you have a lot more different factors to think of so I’m confident.”

Maini was non-committal on his plans for the future but hinted at moving up the Junior Formulae ladder.

“We’ll wait and see how we finish this season before deciding whether or not to move up to a bigger car.”

Maini’s brother Arjun was at the centre of the Santino Ferrucci controversy at last month’s British Grand Prix, when the American drove into the back of his Trident F2 teammate on the cooldown lap.

“I think something was going on in his mind, maybe he was frustrated as Arjun was quicker. I can’t say too much but it was all a little unnecessary.”