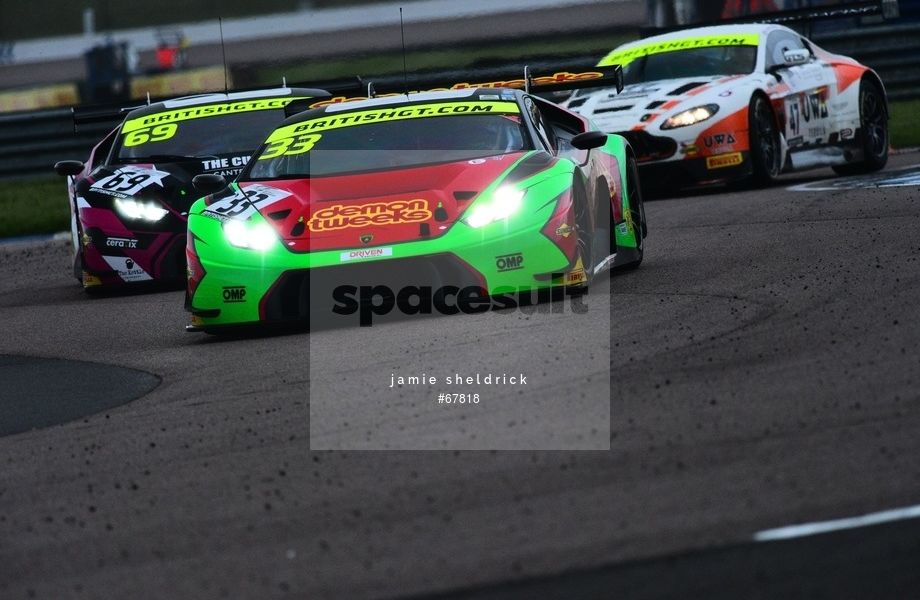 The British GT series rolls into Brands Hatch this weekend for a penultimate round that could see both titles wrapped up.

For Minshaw and Keen, this season has been about consistency – the #33 Lamborghini have only have one win this season but numerous other trips to the podium has left them clear while others have hit trouble.

The #11 TF Sport Aston Martin team of Mark Farmer and Nicki Thiim had more bad luck at Spa with a lap-one retirement in Race Two, and they slipped to third behind Optimum Motorsport’s Jonny Adam and Flick Haigh,

Thiim and Farmer had earlier retired at Oulton Park at the very first round and lost points at Rockingham which hampered their charge, but a good result here puts them right back in the hunt.

Haigh and Adam are the only crew in the top five to face a pit-stop success penalty, and that could prove crucial unless they build a big lead in the two-hour race on Sunday.

Meanwhile in GT4 a timely Safety Car undoubtedly helped the #43 BMW, whose full-season driver Jack Mitchell is now 16.5 points clear of HHC Motorsport’s Ginetta crew of Callum Pointon and Patrik Matthiesen, who were knocked off the championship lead for the first time since Rockingham.

Third place could be good enough for Mitchell to take the season spoils, provided that the #55 Ginetta finishes poorly and the #4 Tolman McLaren of Charlie Fagg and Michael O’Brien also hit strife.

The 2 Hours of Brands Hatch could be pivotal in deciding the destination of both British GT titles, will it be a champagne-filled Sunday night, or is are we in for a Donnington Decider in September?