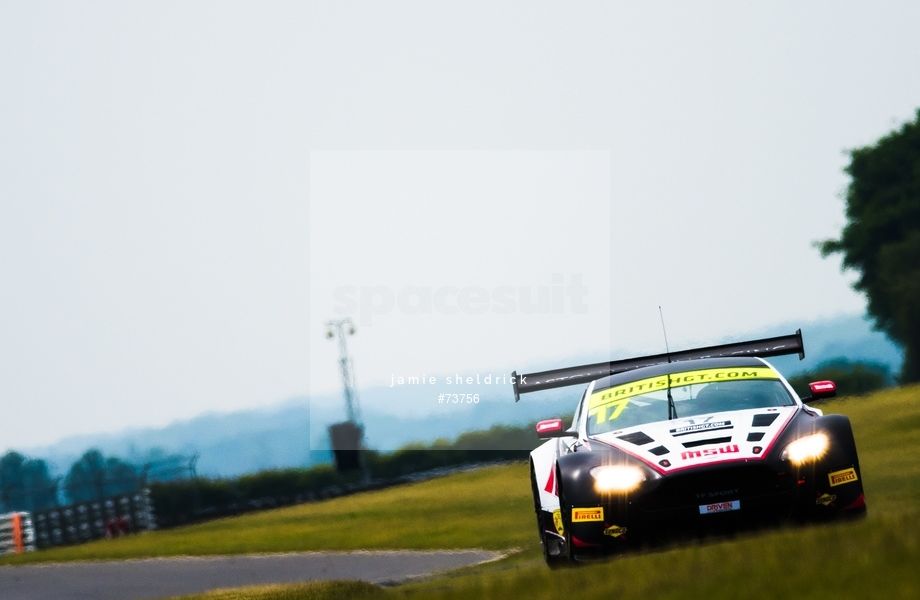 The British GT series rolls into Silverstone for the longest race of the season just two weeks after the two sprint races at Snetterton.

Aston Martin dominated in the GT3 class with two victories including the #11 TF Sport crew of Mark Farmer and Nicki Thiim in Race One, while Derek Johnston and Marco Sorensen in the #17 Aston held off a late charge from the #99 Beechdean crew of Darren Turner and Andrew Howard in Race Two.

There are fourteen GT3 crews at Silverstone this weekend, with Balfe Motorsport’s McLaren returning this weekend and one-off appearances from Ultimate Speed’s Aston Martin team and another Mercedes in Team ABBA Racing.

Points-and-a-half are on offer in the British GT’s Big One, where five different crews have won five races in 2018, with the #116 Mercedes of Lee Mowle and Yelmer Buurman leading the overall GT3 class by just 4.5 points after a tough weekend in Norfolk.

Like the ERC Sport Mercedes, the second in the championship #33 Barwell Motorsport Lamborghini crew of Jon Minshaw and Phil Keen do not have to serve a success penalty in the first mandatory pitstop.

Such is the closeness of the GT3 category that the top seven crews are separated by less than the 37.5 points available this weekend.

The #99 Beechdean Aston Martin is 12 points behind in third, with the #17 of Johnston and Sorensen and the #11 of Farmer and Thiim following close behind.

The Optimum Aston crew of Flick Haigh and Jonny Adam are still in touch in sixth, while technical issues meant that Iain Loggie and Callum Macleod slipped to seventh in #7 Bentley.

Meanwhile, the GT4 championship race is as closely fought as the GT3 counterparts after Tolman Motorsport’s #56 crew of Joe Osbourne and David Pattison took the spoils in Race One and a dramatic Race Two win for the #42 Century Motorsport BMW of Ben Tuck and Ben Green.

Five different crews have won five races this season, and half a point separates the leading #55 Ginetta crew of Callum Pointon and Patrik Matthiesen leading the #4 McLaren duo of Michael O’Brien and Charlie Fagg.

Academy Motorsport’s Will Moore and Matt Nicoll-Jones are next after three straight podiums and the #42 Century BMW of Tuck and Green.

It’ll be a busy weekend for George, who is also registered to race as James Holder’s co-driver in the Generation AMR Super Racing Aston Martin.

George and Holder last contested a full-season British GT programme together in 2016, which ultimately led to David Appleby Engineering – which runs the V8 Vantage – overseeing 2018’s Jaguar project. George will therefore split his weekend between both cars and swap between them during the race, before a lie down after the race.