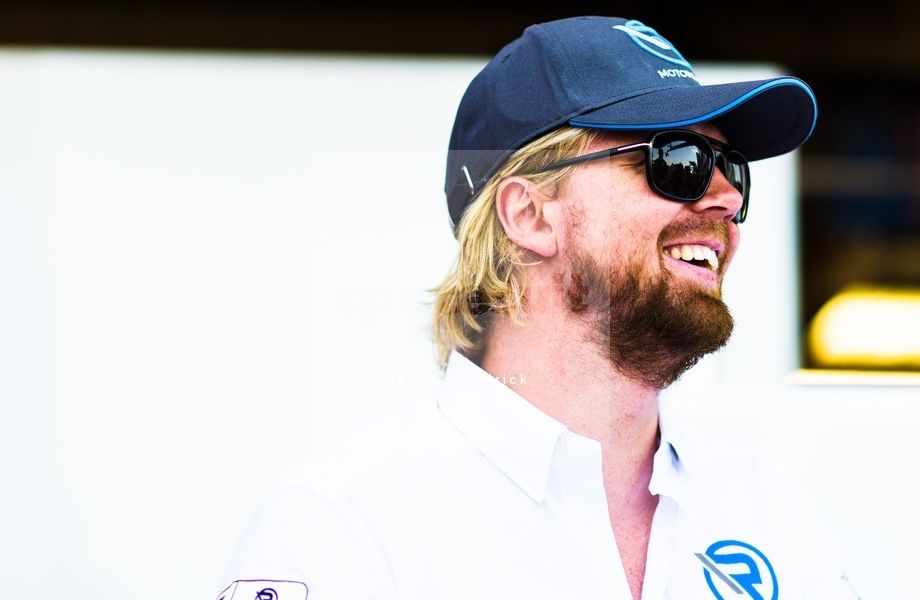 Thiim was almost half a second clear of Phil Keen’s #33 Lamborghini in GT3 qualifying, and says it was an important step to right the wrongs of a disappointing Rockingham weekend last time out.

“This was important because we had to make up for Rockingham, which was a terrible weekend for us and this was perfect. We’ve kept it inside the top two all day and hopefully we can do the same tomorrow, keep the guys with a smile on their face.

“We want to keep improving, we have to start making up points now otherwise it will be too late, tomorrow’s the best opportunity to do that.

According to Thiim the tight and twisty layout of the Norfolk circuit will impact tomorrow’s action despite the shorter format in play this weekend.

“In practice we saw a massive tyre degradation and that’s going to be a big thing to watch for in the race, so tomorrow we must watch for that even in the short races.”

This is the first time the experienced Dane has ever been to Snetterton in a racing capacity, but he played down the achievement of taking pole first time out, and instead praised his Amatuer category teammate Mark Farmer for his pole position in GT3 Am qualifying.

“I’ve been here once before for one test four years ago so it’s been some time! I’m no local. I’m just trying to get the job done. You have to be on the pace as quickly as you can because you’re sharing a car with one guy so you are limited with time.

“You have to make every lap count in every session, keep improving. As a Pro driver you have a double duty to help the amateur driver, try to learn him and watch the lines he does to improve his lines as he might not know what the right line is. Mark did a stunning job today though.

With the level of driver in that category it can be hard for him to put everything into practice, I can sit there and yell at him and punch him in the shoulder but for him to go out there and do it is hard. He’s a really good listener and the lap he did shows that, so it’s a tap on the shoulder for me too. The respect goes both ways and it’s really good.”

Meanwhile, Keen had an unusual issue to say the least as he battled to second in GT3 Pro qualifying.

“The car caught fire on the first lap, I did as much as I could and had to pull over. I was a bit distracted by the smoke in the car, it did quite a lot of damage. I probably should have stopped really.

“We’ll keep pushing and see what we can do, at the moment this is what we have and the most we can get out of the car in the race.”

Meanwhile, Ben Tuck took GT4 AM pole position in his Century Motorsport #42 BMW and believes he and Ben Green can challenge for top honours tomorrow.

“That lap felt really good, we struggled a little in practice but we were on old tyres and once we put new ones on it would work.