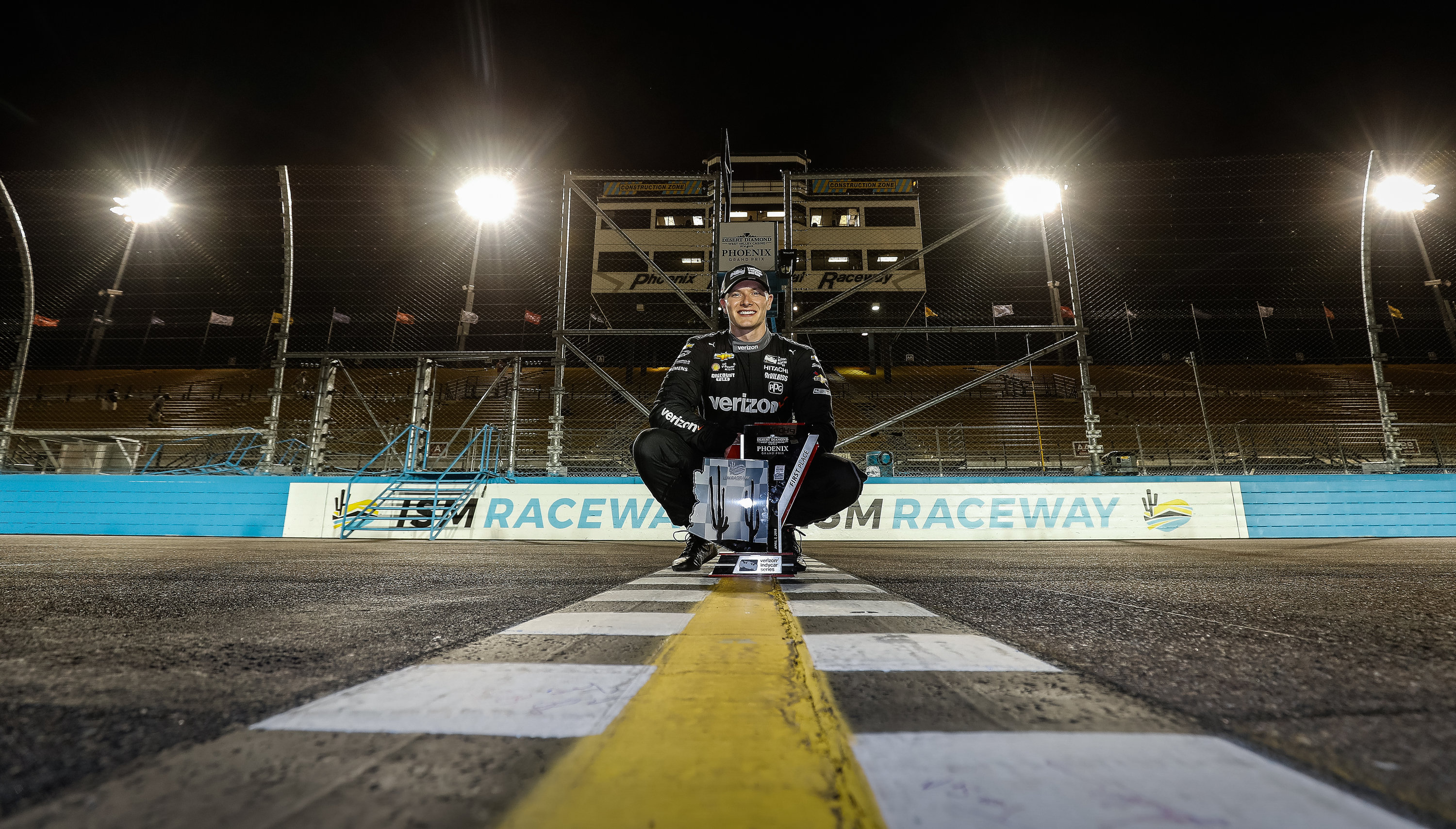 IndyCar got its first oval of the season done at Phoenix and, while Josef Newgarden was the one to take the win, it was rookie Robert Wickens who was once more grabbing headlines and stealing the show with a remarkable second place finish. Alexander Rossi was the big mover of the day, completing over 50 overtakes while Sebastien Bourdais’ race fell apart at the first hurdle.

After qualifying on pole, Bourdais’ race started with trouble after the Frenchman’s Dale Coyne was kept in the pits for the first formation lap to give the team time to restart his car. He joined the track in time to take the start on pole but his team soon reported that they’d lost all telemetry on his car however, that problem was soon negated when he came into the pits and hit one of his pit crew, giving him a drive-thru penalty and dropping him to last. Thankfully, the pit member involved was unharmed.

Another one to be compromised by the first round of pit stops was Rossi who, like Bourdais, hit his pit crew and landed himself a drive-thru penalty, Again, the crew members involved were fine. Rossi didn’t come back into significance until he assisted Will Power into the wall, ending the Penske driver’s race, before fully un-lapping himself under green flag conditions. When Ed Jones hit the wall with 21 laps to go, all the field pitted other than Wickens, James Hinchcliffe and Rossi; this gave the three track position over the fresh tyre runners but high degradation in the latter stages of the race cost all of them at least some positions.

Wickens was leading the race up until those final stops but was unable to defend from Newgarden who was flying on his new Firestones. Before then, Wickens had come to the front after pitting early at the second round of stops and passing teammate Hinchcliffe who’d gotten caught up in traffic. The Canadian dropped to third after the third stops but was propelled into first after Jones crashed out of second and leader Newgarden pitted; the win was not to be for Wickens but second place on his first ever oval race is outstanding achievement.

Newgarden himself was relieved to break his unlucky streak under lights at Phoenix after failing to finish on the podium at any of his previous races here. The reigning champion worked out second after the first round of pit stops, something he attributed to team owner Roger Penske insisting that the team clean the pit boxes thoroughly. The second pit stops didn’t work out in the American’s favour but, with Power out, Newgarden was the first to pit at the next round, allowing him to take the lead. He took the risk to pit again when Jones hit the wall but that paid off when he was able to blast past Hinchcliffe and Rossi on the restart before getting Wickens with just four laps remaining to take his first win of his title defence.

A surprisingly low amount of cautions, despite numerous incidents, meant that once cars were lapped, that was pretty much it for them. This was the case for all the new teams, Carlin, Harding and Juncos, who all struggled for pace at their first oval and all ended up at least a lap behind the leaders. It wasn’t just the rookie teams who struggled, all the rookie drivers, other than the incredible Wickens, were off the pace, with some even ending in the wall. Pietro Fittipaldi and Kyle Kaiser both got too close to the wall while Matheus Leist’s race was ruined when he left the pit box with one wheel not attached.

This race was a large improvement on Phoenix last year for Honda who took positions two through to sixth however, it was still a Chevrolet that took the win, meaning that Penske’s Newgarden now leads the championship, five points ahead of Rossi.

Phoenix marked the first of three races in a row with IndyCar now heading to the streets of Long Beach before going to Barber Motorsports Park in two weeks’ time. IndyCar will not return to an oval until the 102nd running of the Indy 500 at the end of May so it’s street courses all the way until then.