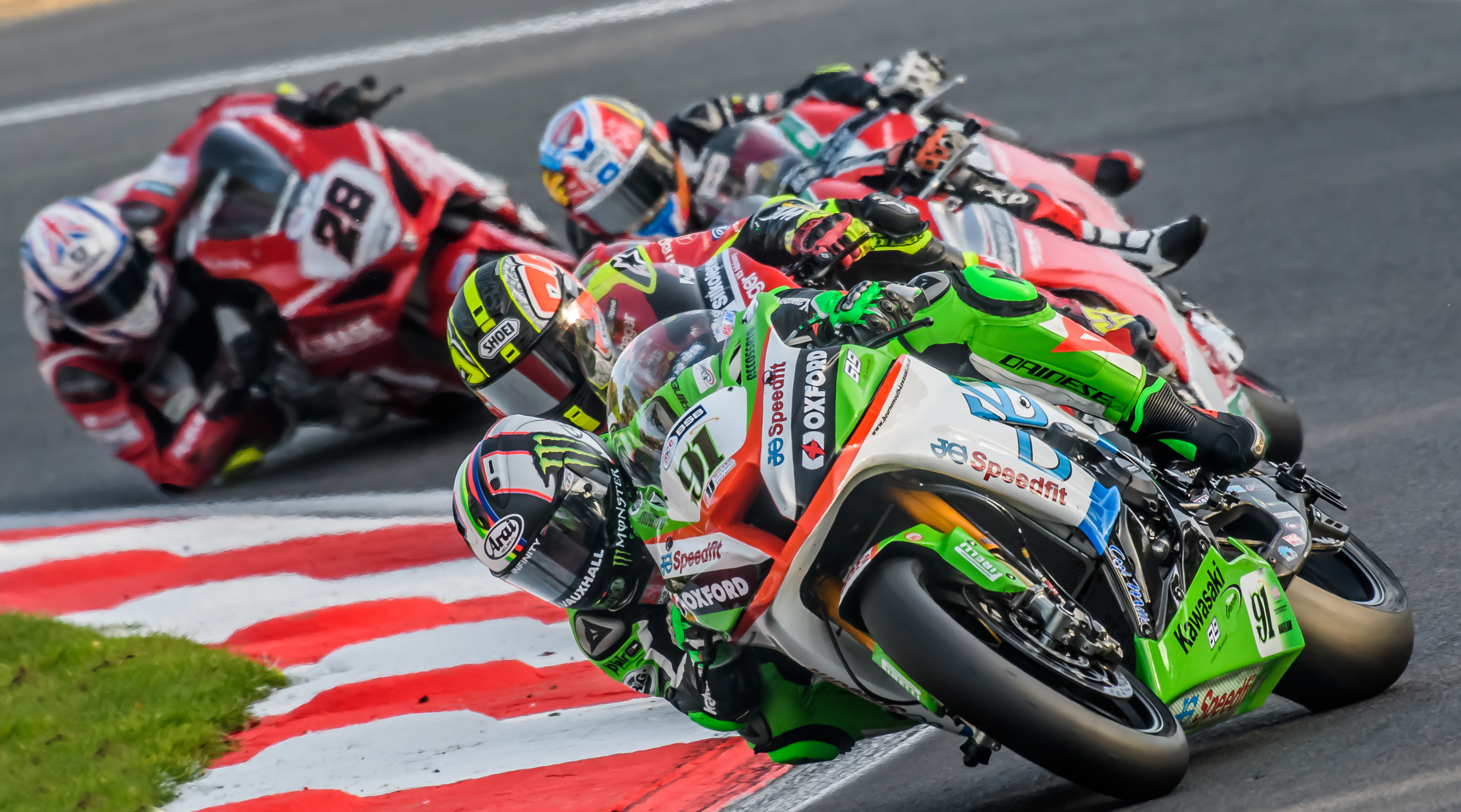 Not one person in the British Superbike paddock, nor in the crowd, wanted to see a championship decided by an error. Leon Haslam’s spectacular crash on Sunday afternoon has touched hearts of everyone across the motorcycle world but his sportsmanship when being carried to congratulate Shane Byrne has won the hearts of the people in the sporting world. It was a scene that demonstrated the utmost respect that both Haslam and Byrne have for one and other, having been locked in combat from the very start.

“I’m not where I wanted to be on Sunday night after the race with a broken ankle and a broken wrist. It wasn’t my day. I had a few issues in race two which dropped me back and I had to jump off at the end of the straight in race three”, said a heartbroken Haslam, who led the championship by 32 points ahead of Brands Hatch.

“I’m absolutely gutted for the team and the effort that everyone’s put in. However, it’s been a good year and I’d like to thank everyone for all their hard work. The season has not ended how I wanted it to but I don’t think we could have done much more and it’s only made me more determined to come back stronger”, continued the ‘Pocket Rocket’, who slipped to third overall after Josh Brookes won race three.

“I’ve got an operation to get the ankle sorted and thankfully the wrist is a clean break so that shouldn’t take long to heal. We’ve got a plan for winter testing and few areas we want to work on to make sure we’re raring to go next year”, he concluded.