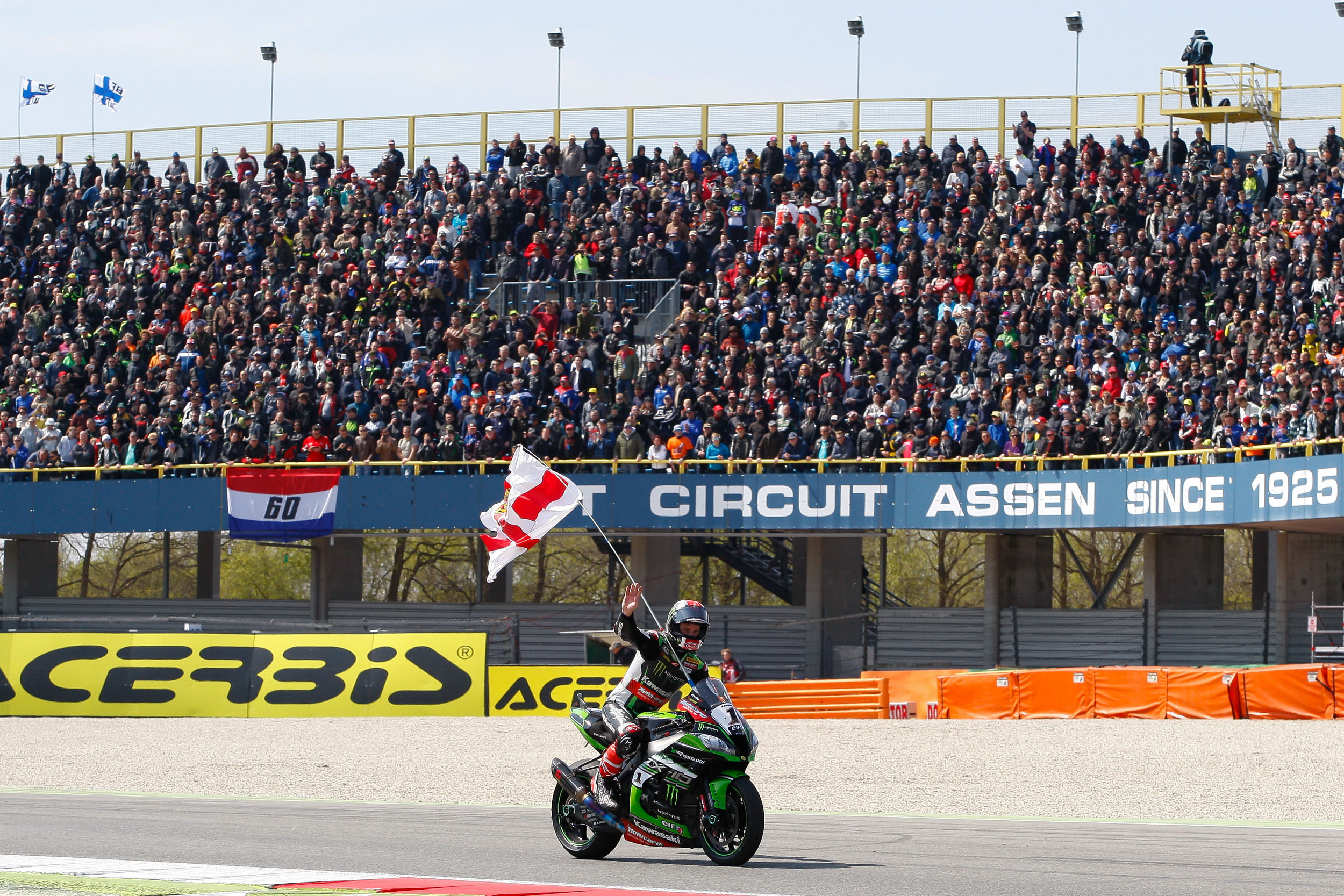 For the last three seasons, he has been the King of World Superbikes. Domination has seen him go from the nearly-guy to the uncatchable. He has captivated a whole nation and become one of Northern Ireland’s greatest sportsmen, as well as one of the most successful British motorcycle racers in history. Jonathan Rea has been a poster-boy for Northern Irish sport for the last three years and once more, he was hailed a hero after taking a third successive WSBK title. An achievement that former British WSBK champs like Carl Fogarty, Neil Hodgson, James Toseland and Tom Sykes have never been able to carry out.

Born in Ballymena, Northern Ireland, Jonathan Rea could never have dreamt of becoming a World Superbike star in his school-boy days. He was never really a fan of racing on tarmac, as he considered it boring and nowhere near as exciting as motocross. Rumour has it that it was Michael and Eugene Laverty that persuaded him to take his talent from dirt to road and in 2003, he made the move to the British 125cc championship. Rea finished the season just four points behind lightweight class legend Ryan Saxelby, in 15th place – picking up a podium at the penultimate round of the season too, at Brands Hatch Indy.

The following season, he was contesting the prestigious British Supersport category, which at the time had names such as Cal Crutchlow, Leon Camier and Michael Laverty in. He was 12th in the championship before an injury at Knockhill ruined his season. Rea remained on 26 points for the rest of the year.

Fast forward his career and through his British Superbike days – of which he only took 5 race wins – and we find Jonny Rea in World Supersport, teammate to Andrew Pitt at the Hanspree Ten Kate Honda squad. He took his first podium at Assen and his first win at Brno, It was quite obvious that we were looking at a very serious talent in the world of motorcycle racing but surely we never expected him to win three titles?

A step up to WSBK in 2009 saw him take his first victory at Misano, whilst a second win of the season came at the Nurburgring, Germany, beating eventual champion Ben Spies by just under a second. Between 2009 and his departure from Honda in 2014, Rea took 15 wins, including two doubles. He won at least one race in every year whilst riding for Honda but the domination didn’t start until 2015, when he left Honda – having been with them for his whole career – to join Kawasaki.

Rea has won 35 races in his time with Kawasaki so far, their most successful rider ever in WSBK.  The only circuits that the Ulsterman hasn’t won at on the current WSBK calendar are Jerez and Losail, both circuits of which are up next in 2017. He really has set records. Having said that, he has only scored nine pole positions, which enhances his success. It shows that when he has to, he can come through the field. In 2017, he has won from row three a total of six times and finished on the podium from row three on four other occasions. The statistics go on and on.

Rea is not the only beneficiary. Northern Ireland is being showcased on the world stage in the best possible way. Jonathan is a hero back home, with legions of fans supporting him. School kids are aspiring to be him, he is an idol to so, so many. Maybe one day, he may even be up for nomination for BBC Sports Personality of the Year…

With this success and fame comes interest. In Northern Ireland, a circuit that would be fit to host WSBK and MotoGP has been proposed and is now being built. An estimated 700 jobs are set to be created in the 18-month construction period, which is estimated to cost £30m, in County Tyrone. Lake Torrent is the circuit name. Although the capacity of the venue is only set to be 30,000 per event, Rea would help fill every seat with his fans back home. Overall, it’s a massive boost to the Northern Irish economy as well as the publicity that the country would get from such a top-class facility – which undoubtedly has been driven forward by Rea’s success.

Overall, Rea has been pretty sensational, both on track and off track. Some say that he has ruined WSBK and made it boring but whilst he is racing in the championship, we have to admire the talent and ability that he carries. We have to admire his willingness to never stop winning and to carry on breaking records. Rea is arguably the most talented rider that WSBK has ever seen but as I was told by Neil Hodgson, it is very hard to compare him to anyone else because there is no one else in Rea’s league at the moment, not even Kawasaki teammate Tom Sykes. Jonathan Rea is a legend and will only grow and grow as he racks up win after win, title after title.