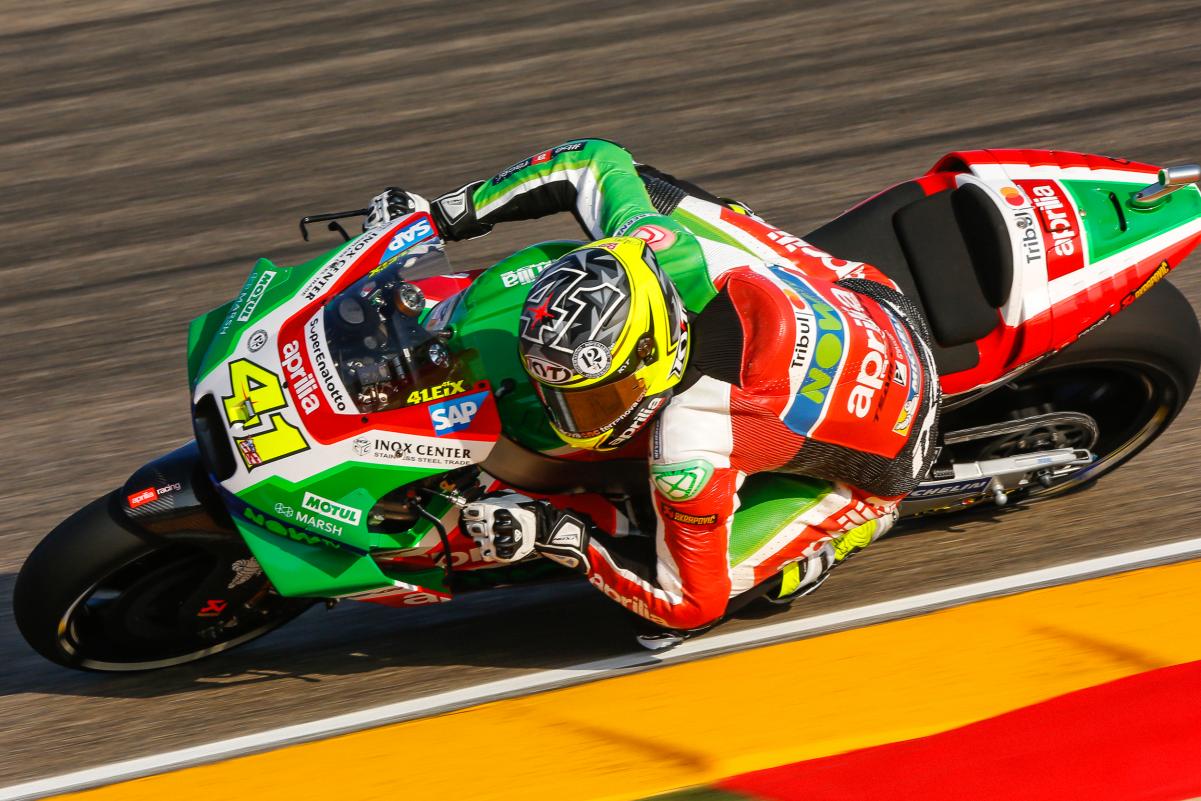 Aprilia finished closer to a victory than ever before in the premier class, just under seven seconds away from Marc Marquez on Sunday at Aragon. Aleix Espargaro used a good qualifying position to give him an advantage late on in the race, with the Aprilia once again demonstrating how user-friendly its tyres are.

“I think everyone had fun today! It is not often that so many riders are so close all the way to the chequered flag in MotoGP”, began an elated Aleix Espargaro, picking up his second 6th place of the season.

“It was a hard race, but I liked it. At a certain point, I thought that I might be able to have a go at fourth place with Valentino and Maverick but when there were only a few laps left, they picked up their pace and I had to settle”, continued the Spaniard – who took his only premier class podium at Aragon in 2014.

Aleix Espargaro’s result means that he leaps to 14th in the championship, just three points behind 12th, occupied by Jack Miller.

“I any case, I am satisfied with the sixth place finish, but especially with the gap behind the winner. We are improving constantly and we demonstrate this basically every weekend. Unfortunately, we have been lacking consistent race results”, said Aleix, highlighting that top six positions need to be happening on a more regular basis.

“In any case, we still have four rounds to go on tracks that I really like, so I want to finish this season well”.