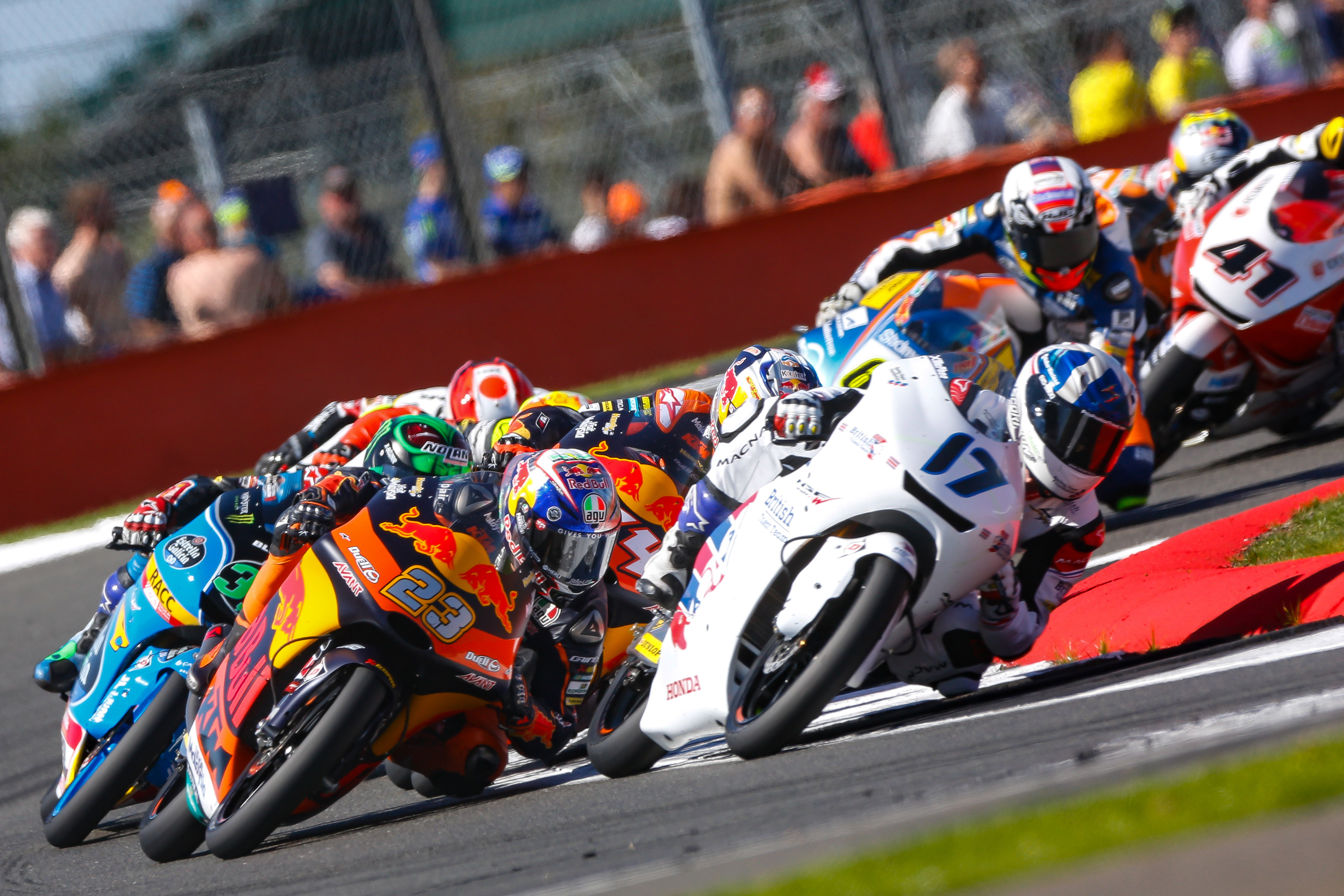 Britain’s John McPhee endured a disappointing home-land Grand Prix, as the former race winner battled to 13th place, despite starting from the front of row two. It is McPhee’s worst result on a Moto3 Honda at Silverstone.

“It was a difficult and frustrating race for me today. I’ve been strong all weekend and felt really good on the bike. In the race I was just lacking straight line speed which made moving forward almost impossible”, explained McPhee, who stayed 6th in the championship despite the poor result.

“I pushed as hard as possible but in the end I could only maintain my position. Thanks to all the home fans for a great atmosphere all weekend and to my team for all their hard work. I hope to be back fighting for the win at Misano”.

McPhee is five points off fellow Honda rider, Fabio Di Giannantonio on his Gresini Honda. The Scot is four points ahead of Spaniard, Marcos Ramirez – the first of the KTM riders. The British Talent Team rider now has a gargantuan gap of 130 points up to leader Joan Mir, who sits on 226 points with six races to go.