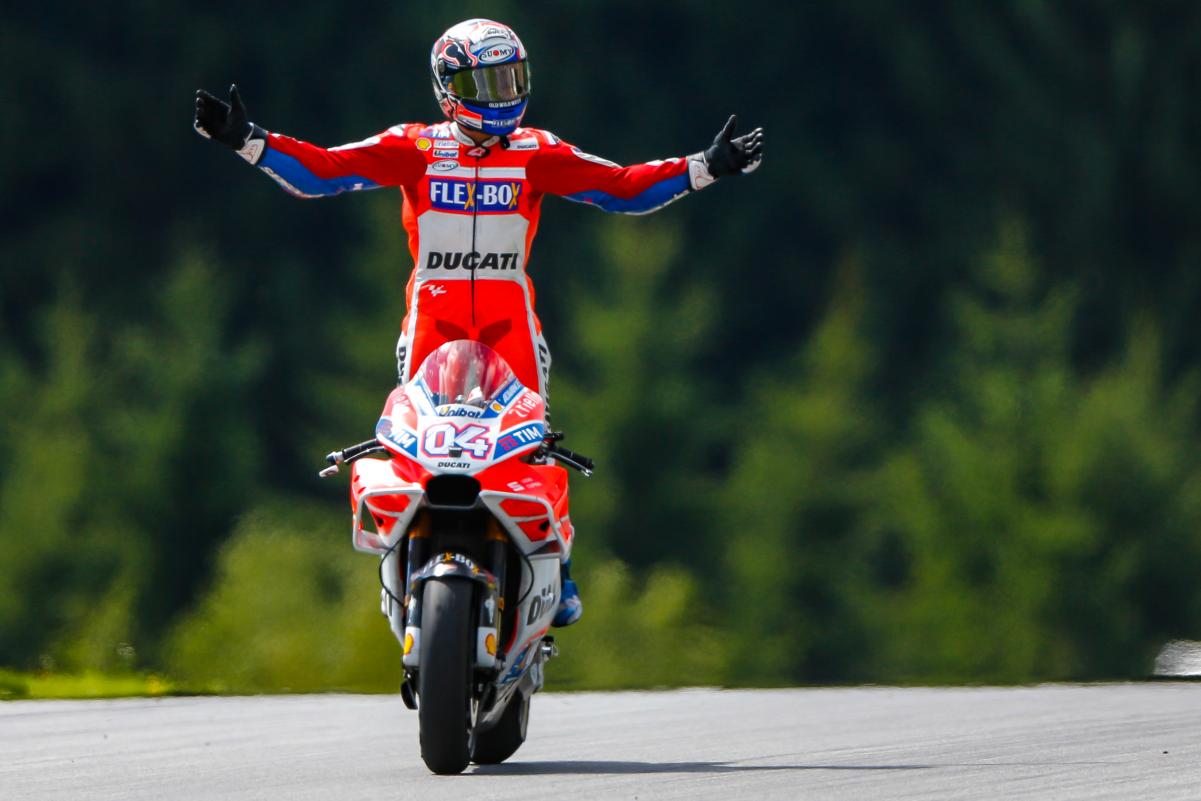 Andrea Dovizioso branded the Austrian Grand Prix as a “crazy race”, having defeated Marc Marquez in one of the best head to head race-long battles MotoGP has ever seen. The Italian took his third victory of the season and gave me Ducati their second consecutive win at the circuit.

“It was a crazy race, but to be honest the whole weekend was incredible, and in particular the final curve of the last lap, but I managed to remain clear headed and was aware that Marquez was going to try and pass me”, began the Italian, who now moves into 2nd in the championship, 16 points behind Marc Marquez.

“It was a very difficult situation because if Marc had closed the door coming out of the corner, he would have forced me out and passed me. Instead I was able to resist his attack and I went on to win”, he continued.

Dovizioso concluded by saying, “I’m very satisfied with the way we managed the entire weekend with my team: understanding the right choice of tyres was really difficult but we did it. We had a great race, we’re making up points in the championship, and we’ve got all the right cards to fight for the title.”

This is the first back to back victory at the same circuit in consecutive seasons since Casey Stoner at Phillip Island, from 2007 to 2010. Dovizioso also becomes just the 4th Italian to win across all classes at the Red Bull Ring, alongside Ivan Goi, Andrea Iannone and Franco Morbidelli. Andrea Dovizioso also moves eight points clear of Maverick Vinales, the top Yamaha.