Yesterday, Hyundai launched their new WRC car at the Cathedral of Speed in Autodromo Naz Monza!

Unlike last year’s car, it’s based on the three door i20. With completely new regulations, the car has been completely re-designed. More power, lighter and with new mechanicals as well, there is an air of anticipation as to what they could achieve with this car.

‘The technical new regulations for 2017 have been introduced to enhance the overall spectacle of WRC even further than before, with cars sporting an aggressive new look. While changes have centred on improving aerodynamic and mechanical grip, there has been an increase in engine power from 300 to 380bhp, a reduction in the overall weight of the car, and the re-introduction of the active centre differential.’

The new car has done 6000km of testing this year! Hayden Paddon recently told me that he’d done 800km himself.

Last year saw the team take two victories in Rally Argentina with Hayden and also Thierry who won Rally Italia de Sardegna. The team also picked up a number of podiums, meaning that they’d finish second in the Manufacturers championship. 2016 was a very good year for the team.

The drivers said at the launch;

Thierry Neuville said: “I have high hopes for our new Hyundai i20 Coupe WRC, which is the product of a lot of hard work from everyone in the team. I am optimistic it will help us to continue our momentum in the competitive WRC. My initial impressions of the car in testing were very positive. The changes in regulations have allowed us to make improvements in key areas, such as aerodynamics and rear stability. The increase in power is incredible while the additional grip and driveability gives us more confidence to push. For the spectators, there will be a visibly marked difference in terms of the car’s speed. I can assure you we will be able to feel it in the car too! We had a very positive 2016 season, and I was delighted to finish the season second in the Championship. Of course, from here there is only one place to go, and we want to be firmly in the fight for the title in 2017.”

Hayden Paddon commented: “My target for 2017 is to continue the improvements we showed during this past season. I want to start challenging for more rally wins and demonstrate more consistent speed throughout the year. The Hyundai i20 Coupe WRC is enjoyable to drive and I think it will be more exciting for the spectators too. I like that the cars will be more tuneable to each driver and driving style. The new regulations will help to make the sport even more appealing to a new generation of motorsport fans. With more radical looking and sounding cars, I think we will be able to attract a younger fan base that may not have been so familiar with rallying before. On a personal note, I feel happy to remain part of the Hyundai Motorsport family. We all know each other very well and we grow stronger all the time. There is a great team spirit and it’s amazing to work with such a highly-motivated group of people.”

Dani Sordo said: “We are all looking forward to this new season. It will be a fascinating one for everybody with the new technical and sporting regulations. With such a significant change, we will have to wait until the first rallies of the Championship to see how things develop, but I am confident. When I first tested the Hyundai i20 Coupe WRC, I was taken aback by the speed of the car. The more powerful engine and increased grip from the aerodynamics are impressive. I am sure this will be an exciting season to be a WRC spectator as well as for us inside the car! It’s very special for me to remain part of the Hyundai Motorsport team. It’s more than just team; it really is like a family. We work very well together and the atmosphere is incredible. The people in this team are some of the best in the business, so we have everything we need for a competitive car and a successful 2017.”

Team Principal Michel Nandan said: “We are heading into a new era for the sport with the biggest change to the regulations for some time. It’s a great new technical challenge and one that we have tackled with enthusiasm. It’s an opportunity to put into practice everything we have learned and experienced in the past three seasons. All teams are starting from scratch so we are on equal footing. Having finished in second position in 2016, we want to demonstrate our ability to fight for the Championship in 2017 – and we are confident the Hyundai i20 Coupe WRC will help us do just that.”

So, can the team build on their success last year and challenge for both titles? With Citroen coming back full time and M-Sport WRT who will definitely be stronger next year, they will find it tough.

Not long before we find out now! 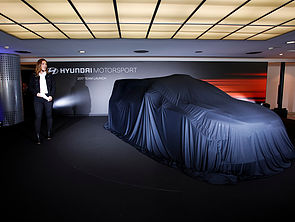 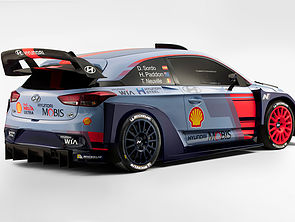 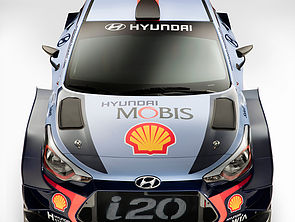 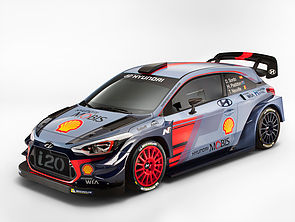